Ifrane
in Ifrane of Fès-Meknès, Morocco

Safety Score: 3,6 of 5.0 based on data from 9 authorites. Meaning please reconsider your need to travel to Morocco.

Ifrane in Ifrane (Fès-Meknès) is a city located in Morocco about 104 mi (or 168 km) east of Rabat, the country's capital town.

Current time in Ifrane is now 01:22 AM (Saturday). The local timezone is named Africa / Casablanca with an UTC offset of zero hours. We know of 9 airports closer to Ifrane, of which one is a larger airport. The closest airport in Morocco is Saïss Airport in a distance of 29 mi (or 46 km), North. Besides the airports, there are other travel options available (check left side).

There are several Unesco world heritage sites nearby. The closest heritage site in Morocco is Rabat, Modern Capital and Historic City: a Shared Heritage in a distance of 35 mi (or 56 km), North. In need of a room? We compiled a list of available hotels close to the map centre further down the page.

Since you are here already, you might want to pay a visit to some of the following locations: Azrou, El Hajeb, Bhalil, Boulemane and Sefrou. To further explore this place, just scroll down and browse the available info. 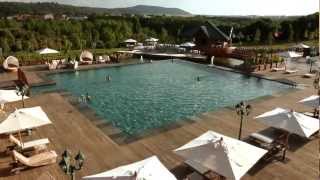 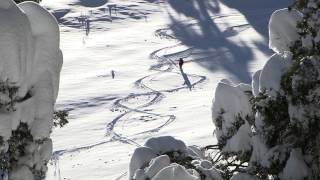 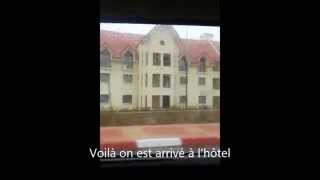 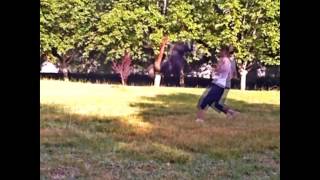 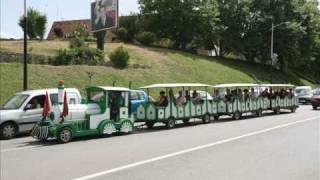 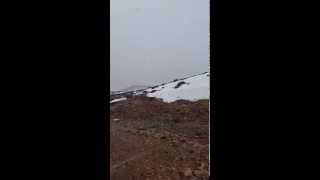 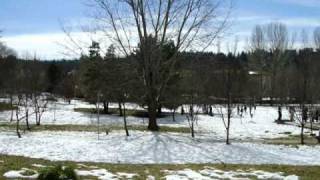 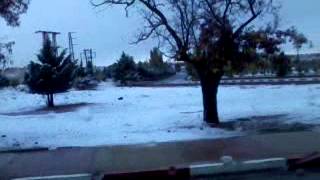 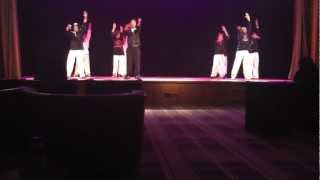 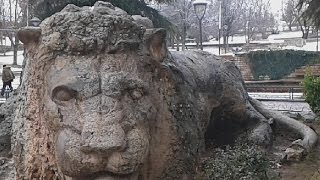 Al Akhawayn University is a university located in Ifrane, Morocco, just 70 kilometers away from the imperial city of Fes, in the midst of the Middle Atlas Mountains. The creation of Al Akhawayn University was largely funded by the King of Saudi Arabia from a large endowment intended for the cleanup of an oil spill off the coast of Morocco. However, the cleanup was never realized as the wind blew the oil spill away and the endowment was used to create the university.

Ifrane is a town and ski resort in the Middle Atlas region of Morocco (population 13,000 in December 2008). Ifrane is 1665 metres (5,460 ft) in altitude and is part of the Meknès-Tafilalet region. In Tamazight, the regional Berber language, "ifran" means caves.

Mischliffen or Michlifen is a mountain town in the Atlas Mountains at an altitude of 2,100 metres . It is considered to be the "Moroccan Aspen" with skiing facilities in winter. King Mohammed VI has a large palace there.

Located at 33.5347, -5.1076 (Lat. / Lng.), about 1 miles away.
Wikipedia Article
Ski areas and resorts in Morocco, Mountain villages in Morocco, Populated places in Meknès-Tafilalet

Had Oued Ifrane is a town in Ifrane Province, Meknès-Tafilalet, Morocco. According to the 2004 census it has a population of 2488.

Ifrane Airport is an airport serving Ifrane, a town in the Meknès-Tafilalet region in Morocco. Royal Air Maroc Express will fly in 2011 from a lot of different national and international cities to Ifrane in winter season, because from November starts the Moroccan-ski season.

These are some bigger and more relevant cities in the wider vivinity of Ifrane.