Safety Score: 3,3 of 5.0 based on data from 9 authorites. Meaning please reconsider your need to travel to Montserrat.

Streatham in Parish of Saint Georges is a city located in Montserrat a little east of Plymouth, the country's capital town.

Current time in Streatham is now 03:39 PM (Tuesday). The local timezone is named America / Montserrat with an UTC offset of -4 hours. We know of 9 airports closer to Streatham, of which one is a larger airport. The closest airport in Montserrat is John A. Osborne Airport in a distance of 5 mi (or 8 km), North. Besides the airports, there are other travel options available (check left side).

There are two Unesco world heritage sites nearby. The closest heritage site is Brimstone Hill Fortress National Park in Saint kitts and nevis at a distance of 80 mi (or 129 km).

Since you are here already, you might want to pay a visit to some of the following locations: Plymouth, Saint Peters, Brades, Bolands and Falmouth. To further explore this place, just scroll down and browse the available info.

Helicopter Flight to Montserrat Island and Sailing Cruise around Antigua. 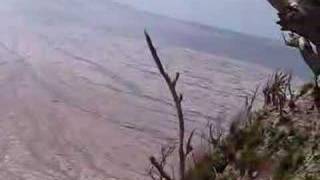 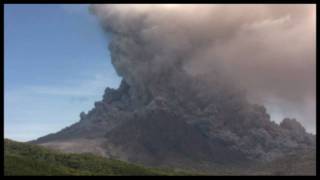 Plymouth is the de jure capital of the island of Montserrat, an overseas territory of the United Kingdom located in the Leeward Island chain of the Lesser Antilles, West Indies. The town was overwhelmed by volcanic eruptions starting in the 1990s and was abandoned. For centuries it had been the only port of entry to the island.

Located at 16.759, -62.225 (Lat. / Lng.), about 4 miles away.
Wikipedia Article
Official residences, Government Houses of the British Empire and Commonwealth, Buildings and structures in Montserrat, Governors of Montserrat

Sturge Park was a cricket ground located on five acres of land adjacent to Plymouth, Montserrat. The ground, used by the Montserrat cricket team and infrequently by the Leeward Islands cricket team, was destroyed in the Soufrière Hills eruption of 1997.

These are some bigger and more relevant cities in the wider vivinity of Streatham.