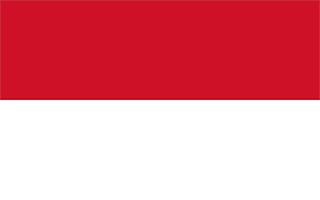 Safety Score: 3,3 of 5.0 based on data from 9 authorites. Meaning please reconsider your need to travel to Monaco.

Monaco with its capital is located in Europe (Western Europe, bordering the Mediterranean Sea on the southern coast of France). It covers some 3 square kilometers (about three times the size of the National Mall in Washington, DC) with a population of 30,645. French, English and Italian are some of the languages spoken by the majority in Monaco (consider regional differences). Did you know that France is the only bordering country.

Monaco lies in between the Alps and the Mediterranean Sea, bounded by the French Riviera to the west and the Italian Riviera to the east. This is the second smallest independent state in the world (after the Vatican) and is almost entirely urban. Monte Carlo is not the capital of Monaco but a government district. The principality of Monaco offers a great balance of historical and modern attractions. There are various museums and palaces to visit as well as shopping malls and casinos. Monaco also offers relaxation spots along the harbor and even around the attractions. It is relatively easy to navigate Monte Carlo and Monaco if you take the time to learn where the various short cuts are. City maps are generally available at most news vendor stands and shops for a small fee.

The terrain is hilly, rugged, rocky. The average density of population is about 15,323 per km². The climate in Monaco can be described as Mediterranean with mild, wet winters and hot, dry summers.

To reach someone Monaco dial +377 prior to a number. The local cellular networks are operated on 900 MHz, 3G, 4G. Websites typically end with the top level domain ".mc". If you want to bring electric appliances (e.g. battery chaarger), keep in min the local 230 V - 50 Hz (plugs: C, E, F). The sign for the locally used currency Euro is EUR.

Two equal horizontal bands of red (top) and white; the colors are those of the ruling House of Grimaldi and have been in use since 1339, making the flag one of the world's oldest national banners.

The Genoese built a fortress on the site of present day Monaco in 1215. The current ruling GRIMALDI family first seized temporary control in 1297, and again in 1331, but was not able to permanently secure its holding until 1419. Economic development was spurred in the late 19th century with a railroad linkup to France and the opening of a casino. Since then, the principality's mild climate, splendid scenery, and gambling facilities have made Monaco world famous as a tourist and recreation center.