Current time in Cancún is now 06:09 AM (Sunday). The local timezone is named America / Cancun with an UTC offset of -5 hours. We know of 6 airports near Cancún, of which one is a larger airport. The closest airport in Mexico is Isla Mujeres Airport in a distance of 8 mi (or 14 km), North-East. Besides the airports, there are other travel options available (check left side).

There are two Unesco world heritage sites nearby. The closest heritage site in Mexico is Pre-Hispanic City of Chichen-Itza in a distance of 50 mi (or 81 km), South-West. Also, if you like playing golf, there are a few options in driving distance. Looking for a place to stay? we compiled a list of available hotels close to the map centre further down the page.

When in this area, you might want to pay a visit to some of the following locations: Tizimin, Calotmul, Panaba, Sucila and Espita. To further explore this place, just scroll down and browse the available info. 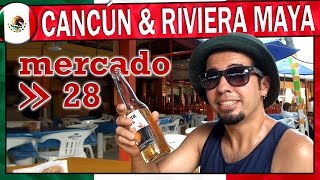 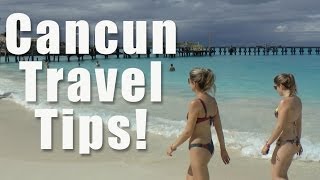 Insider tips on how get around in Cancun. We show you where to, what to do and what not to do. We explore Chichen Itza and other Mayan ruins, zip line through the jungle, snorkel and enjoying... 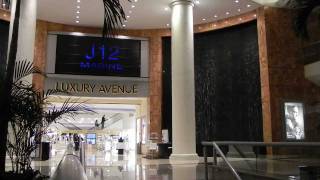 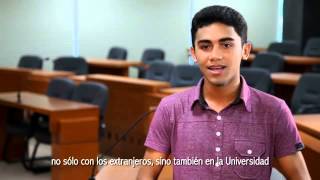 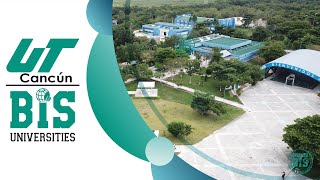 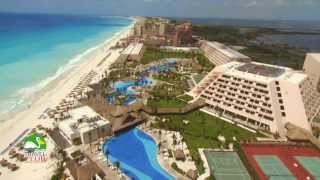 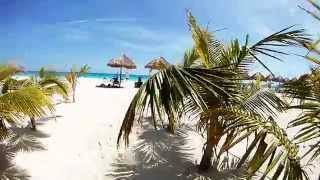 Our next destination, with the GoPro, Mexico Cancun. Just another day in paradise. Enjoy. 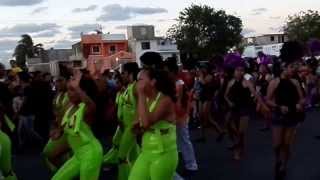 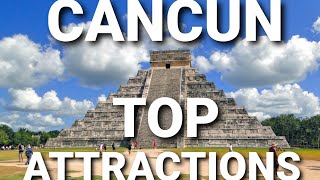 Best things to do in Cancun area. more video from Cancun: http://youtu.be/yYc54QsOzes http://travelwithmediary.blogspot.co.uk/ 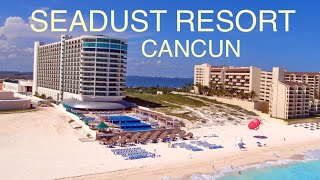 Puerto Juárez is a town in Benito Juárez municipality, in the Mexican state of Quintana Roo at {{#invoke:Coordinates|coord}}{{#coordinates:21|11|00|N|86|49|00|W| |primary |name= }}. It is in the north-east of the Yucatán Peninsula, on the shore of the Caribbean Sea, 2 km from Cancún. A regular ferry service runs to nearby Cancún and to Isla Mujeres.

Estadio de Béisbol Beto Ávila is a stadium in Cancún, Mexico. It is primarily used for baseball, and is the home field of the Quintana Roo Tigres Mexican League baseball team. It holds 9,500 people. It is named to honor Beto Ávila the Mexican baseball player whose last year of active play was with the Tigres del México. In the 1980s the park, originally with a capacity of 4,500 was the homefield of the Marlins de Cancún.

Estadio Cancun 86 is a stadium in Cancun, Mexico. It is primarily used for soccer, and is home to the soccer club Pioneros de Cancún. The stadium holds 6000 people and is located at Prolongacion Av. Tulum Super Manzana 89. Events held at the stadium include the 2005 Mexican National Olympics.

The 2010 CONCACAF Women's Gold Cup was the fourth edition of the CONCACAF Women's Gold Cup, and acts as a qualifier tournament for the 2011 FIFA Women's World Cup. The tournament finals took place from 28 October to 8 November 2010 in Cancún, Mexico. The United States, Canada and Mexico received byes into the tournament after taking the top three positions in the 2006 Gold Cup, while five other spots were determined through regional qualification.

These districts belong to Cancún.

These are some bigger and more relevant cities in the wider vivinity of Cancún.