Baalbek in Mohafazat Baalbek-Hermel with it's 30,916 inhabitants is located in Lebanon about 42 mi (or 68 km) east of Beirut, the country's capital.

Local time in Baalbek is now 09:57 AM (Friday). The local timezone is named Asia / Beirut with an UTC offset of 3 hours. We know of 10 airports in the wider vicinity of Baalbek, of which 5 are larger airports. The closest airport in Lebanon is Beirut Rafic Hariri International Airport in a distance of 44 mi (or 70 km), West. Besides the airports, there are other travel options available (check left side).

There are several Unesco world heritage sites nearby. The closest heritage site in Lebanon is Baalbek in a distance of 1 mi (or 1 km), West. If you need a place to sleep, we compiled a list of available hotels close to the map centre further down the page.

Depending on your travel schedule, you might want to pay a visit to some of the following locations: Sirghaya, `Assal al Ward, Rankus, Az Zabadani and Bcharre. To further explore this place, just scroll down and browse the available info. 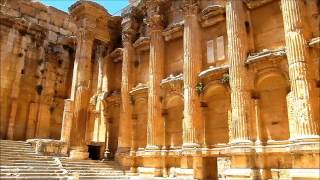 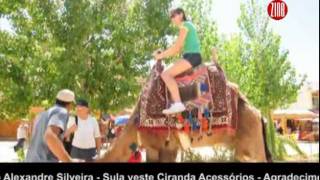 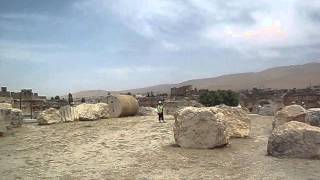 Visiting the temple of Baalbek, Lebanon in peasefull times 2010. 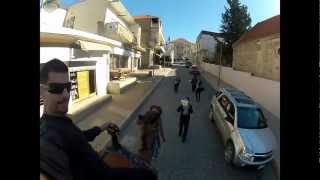 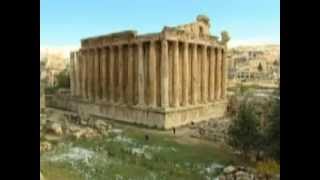 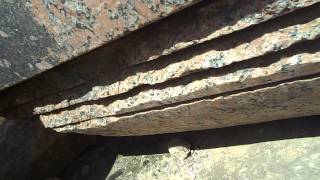 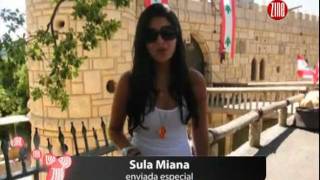 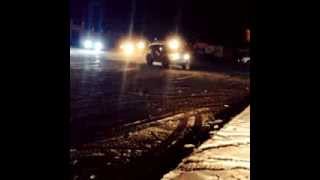 Wavel is a Palestinian refugee camp near the city of Baalbeck in Lebanon. It was originally French army barracks, but in 1948 refugees from the Palestine war found shelter there. In 1952, UNRWA took over responsibility for providing services in the camp. As of 2003, there are 7,553 registered refugees in the camp. In 2009 there were approximately 3000 refugees within the camp and a similar number living outside the camp.

The Temple of Bacchus was one of the three main temples at a large complex in classical antiquity, at Baalbek in Lebanon. The temple was dedicated to Bacchus (also known as Dionysus), the Roman god of wine, but was traditionally referred to by Neoclassical visitors as the "Temple of the Sun". It is considered one of the best preserved Roman temples in the world. It is larger than the Parthenon in Greece, though much less famous.

Baalbek District is an administrative district in the Beqaa Governorate of the Republic of Lebanon, having Baalbek as its capital. It is by far the largest district in the country comprising a total of 2319 km2. Major towns of the district are Hallanieh, Tamnine, shmestar, Douris, Jdeide, and Kasarnaba.

Douris is a village located approximately 3 km . southwest of Baalbek in the Bekaa Valley, Lebanon. It is the site of a necropolis from the late Roman Imperial period that is currently undergoing archaeological investigation. Another archaeological site which is not on the tell near the village exists 1 km southwest of Douris at the north of a vineyard that can be reached via a track from the road to Baalbek.

Stone of the Pregnant Woman

The Stone of the Pregnant Woman or Stone of the South is a Roman monolith in Baalbek (ancient Heliopolis), Lebanon. Together with another ancient stone block nearby, it is among the largest monoliths ever quarried by men. The two building blocks were intended for the close-by Roman temple complex − possibly as an addition to the so-called trilith − which was characterized by a monolithic gigantism unparalled in antiquity.

These districts belong to Baalbek.

These are districts that are close by, but belong to a different city than Baalbek.

These are some bigger and more relevant cities in the wider vivinity of Baalbek.