Vientiane in Vientiane Prefecture with it's 196,731 citizens is a place in Laos. It's the capital of this country.

Current time in Vientiane is now 06:36 AM (Tuesday). The local timezone is named Asia / Vientiane with an UTC offset of 7 hours. We know of 8 airports near Vientiane. The closest airport in Laos is Wattay International Airport in a distance of 3 mi (or 5 km), North-West. Besides the airports, there are other travel options available (check left side).

There is one Unesco world heritage site nearby. The closest heritage site is Ban Chiang Archaeological Site in Thailand at a distance of 58 mi (or 93 km). If you need a hotel, we compiled a list of available hotels close to the map centre further down the page.

While being here, you might want to pay a visit to some of the following locations: Si Chiang Mai, Tha Bo, Nong Khai, Pho Tak and Ban Phue. To further explore this place, just scroll down and browse the available info. 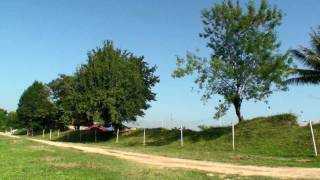 In the mid 1560's Vientiane was a walled city. Here I find out what happened to those walls and look for evidence of their continued existence. 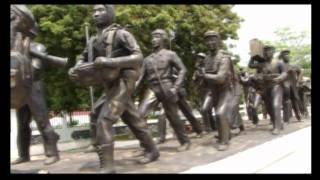 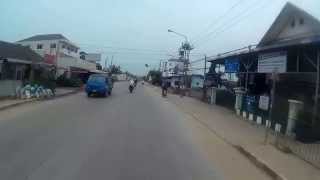 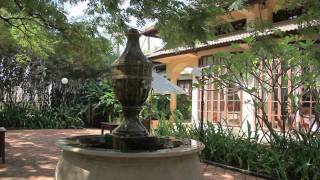 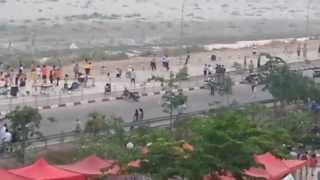 End of the Dry Season in Laos: during daytime over 36 Celsius (felt like 48 Celsius), during evenings and nighttimes there is much fun and action along the Mekong river. 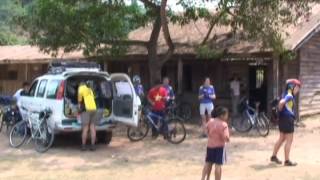 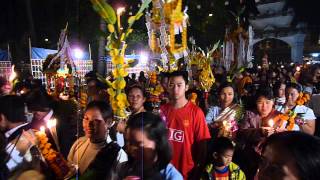 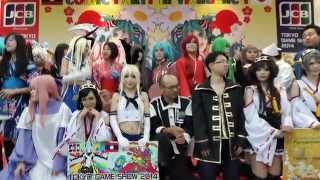 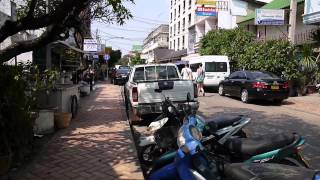 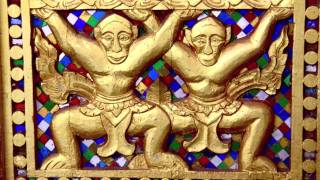 A look around one of the loveliest temples in Vientiane. Dating back several centuries, the temple was destroyed by Siam forces. Today, the majority of the building date to the 20th century......

The Kingdom of Laos was a sovereign state from 1953 until December 1975, when Pathet Lao overthrew the government and created the Lao People's Democratic Republic. Given self-rule in 1949 as part of a federation with the rest of French Indochina, the 1953 Franco-Lao Treaty finally established a sovereign, independent Laos, but did not stipulate who would rule the country.

Wat Si Saket is a Buddhist wat in Vientiane, Laos. It is situated on Lan Xang Road, on the corner with Setthathirat Road, to the northwest of Haw Phra Kaew, which formerly held the Emerald Buddha.

Located at 17.9631, 102.612 (Lat. / Lng.), about 1 miles away.
Wikipedia Article
Religious organizations established in 1818, Buddhist temples in Laos, Buildings and structures in Vientiane

That Dam (Lao for Black Stupa) is a large stupa located in Vientiane, the capital of Laos. Many Laotians believe it is inhabited by a seven-headed nāga who tried to protect them from an invasion by the Siamese army in 1827.

Talat Sao is a morning market in Vientiane, Laos. Located at the eastern corner of Lan Xang Rd. and Khu Vieng Rd. in the heart of Vientiane, the morning market is open daily from 07:00 until around 16:00. The market is two-storey and covered by several sloping roofs. It is a popular tourist destination.

Haw Phra Kaew is a former temple in Vientiane, Laos. It is situated on Setthathirath Road, to the southeast of Wat Si Saket. The interior now houses a museum and a small shop.

The Lao National Museum is located in Vientiane, Laos. It was founded as the national museum highlighting the revolution of the 1970s and is located in a French colonial building. In 2007, the United States donated a grant to help develop the museum. This museum, which was originally built in 1925 as the French governor’s residence, presents the history of Laos, highlighting the Laotian people’s struggle to free the country from foreign occupiers and imperialist forces.

Wat Si Muang or Simuong is a Buddhist temple in Vientiane, the capital of Laos. This temple was built in 1563. Located near the eastern entrance to the city centre, on the road leading from the Friendship Bridge to Thailand, the small temple was built on the ruins of a Khmer Hindu shrine, the remains of which can be seen behind the ordination hall. A statue of King Sisavang Vong stands in front of Wat Simuang. Inside, the sim is unusually divided into two rooms.

Mahosot Hospital-Wellcome Trust-University of Oxford Infectious Disease Centre known as Mahosot Hospital is a hospital in Vientiane, Laos. It is the first and most important centre in the country which is dedicated to the diagnosis and treatment of infectious diseases and also serves as an important medical research and training centre.

Located at 17.9599, 102.612 (Lat. / Lng.), about 1 miles away.
Wikipedia Article
Hospitals in Laos, Buildings and structures in Vientiane, Hospitals with year of establishment missing

Wat Ong Teu Mahawihan (Temple of the Heavy Buddha) is one of many Buddhist Monasteries that are present in the city of Vientiane in Laos. This name is given to the temple due to the large, bronze Phra Ong Teu Buddha image that is present within the temple: the largest Buddha in Vientiane.

These are some bigger and more relevant cities in the wider vivinity of Vientiane.