Luang Prabang in Luang Prabang Province with it's 47,378 residents is a town located in Laos about 3,153 mi (or 5,074 km) east of Jamkhaneh, the country's capital place.

Time in Luang Prabang is now 04:06 AM (Wednesday). The local timezone is named Asia / Vientiane with an UTC offset of 7 hours. We know of 8 airports nearby Luang Prabang. The closest airport in Laos is Luang Phabang International Airport in a distance of 2 mi (or 3 km), North-East. Besides the airports, there are other travel options available (check left side).

There is one Unesco world heritage site nearby. It's Town of Luang Prabang in a distance of 0 mi (or 0 km), North-West. Need some hints on where to stay? We compiled a list of available hotels close to the map centre further down the page.

Being here already, you might want to pay a visit to some of the following locations: Ban Xiang-Ngeun, Muang Kasi, Sainyabuli, Muang Xay and Muang Nale. To further explore this place, just scroll down and browse the available info. 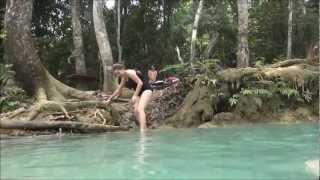 About thirty minutes drive outside of Luang Prabang is Kuang Si Waterfall. It's actually a long series of connected pools, many of which you can swim in. The water is pretty chilly but the... 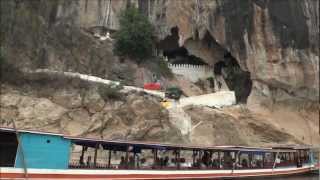 On day 2 of our cruise down the Mekong river to Luang Prabang we saw some wildfires, stopped at the Buddha caves and perhaps went a little crazy after have two full days with nothing to do... 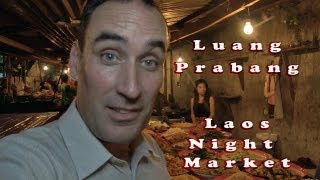 Luang Prabang, Laos, A quick visit to the night market.

South East Asia Travel Videos http://www.overlander.tv I take a bicycle ride along Luang Prabang's main street followed by a quick visit to the night market where I sample the local food and... 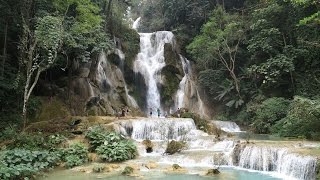 Luang Prabang, Laos - Day 1 - BeautyLovesTech Royal Palace, Kuang Si Falls and That Phousi After arriving in the evening the night before, we woke up refreshed and ready to explore Luang... 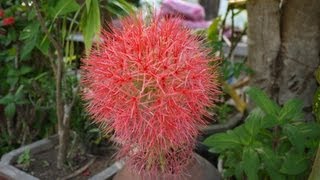 http://saodarly.com A ball of fire in a flower pot. Blood lily is a plant native to South Africa that produces fiery red flowers. It's also called the fire-ball lily. 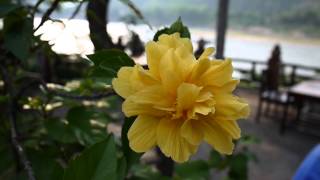 http://saodarly.com Yellow Hibiscus flower I found while walking along the Mekong River in Luang Prabang, Laos. 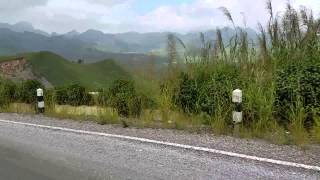 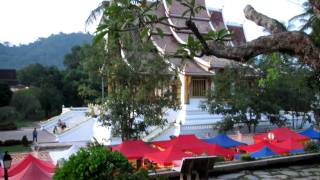 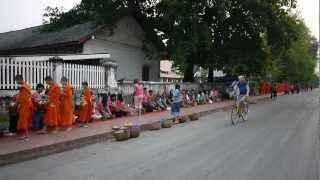 http://saodarly.com Alms Offering at Ban Vat Sene in Luang Prabang, Laos. If you are ever in Luang Prabang and would like to witness this ceremony, please keep your distance and do not use... 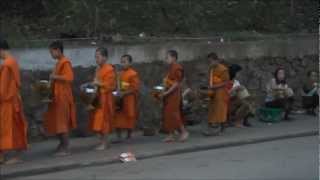 The morning alms giving is kind of a big deal in Luang Prabang. We've seen alms giving before but never on mass like this. All the monks together makes for quite the photogenic event. http://magict...

Luang Prabang, or Louangphrabang, is a city located in north central Laos, at the confluence of the Nam Khan river and Mekong River about 425 km north of Vientiane. It is the capital of Luang Prabang Province. The population of the city is about 50,000. The city was formerly the capital of a kingdom of the same name. It had also been known by the ancient name of Chiang Thong. Until the communist takeover in 1975, it was the royal capital and seat of government of the Kingdom of Laos.

Wat Xieng Thong (or Temple of the Golden City) is a Buddhist temple, located on the northern tip of the peninsula of Luang Phrabang, Laos. Wat Xieng Thong is one of the most important of Lao monasteries and remains a significant monument to the spirit of religion, royalty and traditional art. There are over twenty structures on the grounds including a sim, shrines, pavilions and residences, in addition to its gardens of various flowers, ornamental shrubs and trees.

Wat Manorom is a major Buddhist temple and monastery in Luang Prabang, Laos. There are several theories as to the date of its founding; it may have been founded in 1372 or 1375 by Samsenthai, but it may also date from the reign of Laasaenthai Bouvanaat around 1492. The great bronze Buddha, 6 meters high, in the nave dates from the 1370s.

The Royal Palace (official name "Haw Kham") in Luang Prabang, Laos, was built in 1904 during the French colonial era for King Sisavang Vong and his family. The site for the palace was chosen so that official visitors to Luang Prabang could disembark from their river voyages directly below the palace and be received there. After the death of King Sisavang Vong, the Crown Prince Savang Vatthana and his family were the last to occupy the grounds.

Wat Mai Suwannaphumaham often simply Wat Mai or Wat May is a Buddhist template or wat in Luang Prabang, Laos. It is the largest and most richly decorated of the temples in Luang Prabang. Built in the 18th century it is located near the Royal Palace Museum. An emerald Buddha statue sits inside the red-gold interior.

Mount Phou Si, also written Mount Phu Si, is a 100m high hill in the centre of the old town of Luang Prabang. It lies in the heart of the old town peninsula and is bordered on one side by the Mekong River and on the other side by the Nam Khan River. The hill is a local religious site, and houses several Buddhist shrines. Halfway up the hill, overlooking the Nam Khan is Wat Tham Phou Si, a Buddhist temple.

Big Brother Mouse is a not-for-profit publishing project in Laos. Big Brother Mouse focuses on publishing books that improve literacy and quality of life; and on making those books accessible, particularly in rural Lao villages. Books are scarce in Laos. Many people have never read anything except old textbooks and government pamphlets.

Wat Pa Phon Phao, also Wat Phon Phao, Wat Phonphao, or Wat Phol Phao, meaning "Peacefulness Temple", is a Buddhist temple situated on a hill in the southeast of Luang Prabang, Laos, across the Nam Khan River from Luang Prabang Airport. The temple, a golden stupa, is used as a forest meditation retreat, and was once headed by the abbot Ajahn Saisamut, a noted Lao Buddhist teacher. His funeral in 1992 was one of the largest funeral services Laos had ever seen.

These are some bigger and more relevant cities in the wider vivinity of Luang Prabang.