Talas in Talas with it's 35,172 residents is a town located in Kyrgyzstan about 122 mi (or 196 km) west of Bishkek, the country's capital place.

Time in Talas is now 11:43 AM (Monday). The local timezone is named Asia / Bishkek with an UTC offset of 6 hours. We know of 7 airports nearby Talas, of which one is a larger airport. The closest is airport we know is Taraz Airport in Kazakhstan in a distance of 53 mi (or 85 km). The closest airport in Kyrgyzstan is Manas International Airport in a distance of 119 mi (or 85 km), North-West. Besides the airports, there are other travel options available (check left side).

Being here already, you might want to pay a visit to some of the following locations: Ivanovo-Alekseyevka, Bakai-Ata, Kyzyl-Adyr, Pokrovka and Toktogul. To further explore this place, just scroll down and browse the available info. 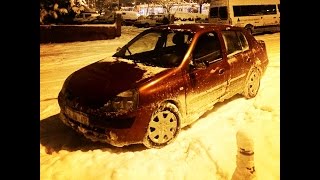 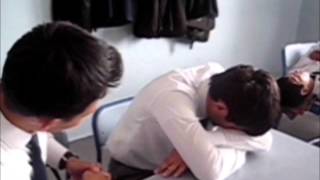 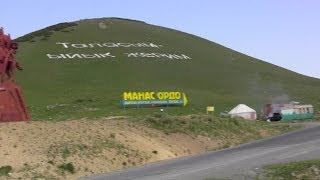 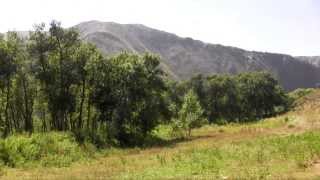 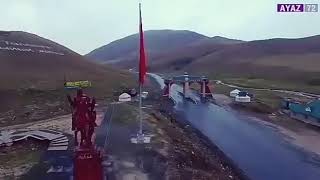 The Battle of Talas (or Battle of Artlakh) (怛羅斯會戰) (معركة نهر طلاس) in 751 AD was a conflict between the Arab Abbasid Caliphate and the Chinese Tang Dynasty, then under Emperor Xuanzong (together with various other peoples and nations associated with the geographical territory involved) for control not only of the Syr Darya region, but also a strategic area of Central Asia.

Talas is a raion (district) of Talas Province in north-western Kyrgyzstan. The capital lies at Kok Oy.

Talas Airport is an airport serving Talas, a town in Talas Province of Kyrgyzstan. The Russian IATA code for Talas Airport is ТЛС. Talas Airport started its operations in 1940s as a landing strip outside the then small provincial town. The current runway and terminal were built in 1979. It is a regional class 3C airport. The runway has a weight limit of 22 tonnes, and has no instrument landing facilities and operates only during daylight hours.

These are some bigger and more relevant cities in the wider vivinity of Talas.