Villa San Giovanni in Provincia di Reggio Calabria (Calabria) with it's 13,747 inhabitants is located in Italy about 303 mi (or 487 km) south-east of Rome, the country's capital.

Local time in Villa San Giovanni is now 08:11 PM (Thursday). The local timezone is named Europe / Rome with an UTC offset of 2 hours. We know of 9 airports in the wider vicinity of Villa San Giovanni, of which 3 are larger airports. The closest airport in Italy is Reggio Calabria Airport in a distance of 10 mi (or 17 km), South. Besides the airports, there are other travel options available (check left side).

There are several Unesco world heritage sites nearby. The closest heritage site in Italy is Isole Eolie (Aeolian Islands) in a distance of 42 mi (or 67 km), North-West. We found 4 points of interest in the vicinity of this place. If you need a place to sleep, we compiled a list of available hotels close to the map centre further down the page.

Depending on your travel schedule, you might want to pay a visit to some of the following locations: Campo Calabro, Fiumara, San Nicola, Scilla and Messina. To further explore this place, just scroll down and browse the available info. 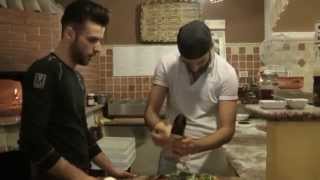 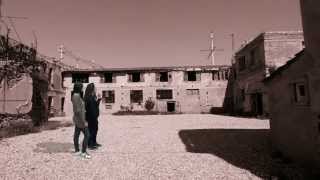 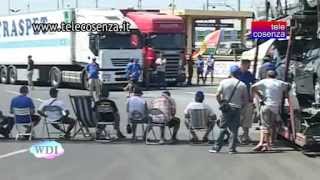 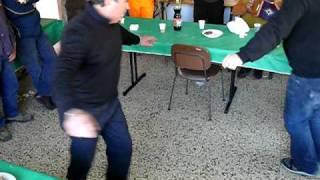 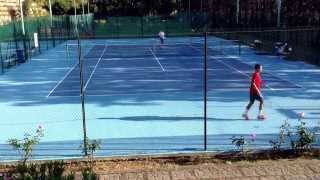 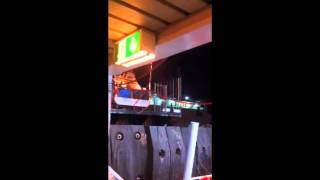 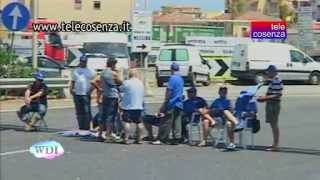 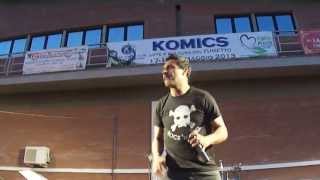 The Strait of Messina (Stretto di Messina in Italian language, Strittu di Missina in Sicilian) is the narrow passage between the eastern tip of Sicily and the southern tip of Calabria in the south of Italy. It connects the Tyrrhenian Sea with the Ionian Sea, within the central Mediterranean. At its narrowest point, it measures 3.1 km in width, though near the town of Messina the width is some 5.1 km and maximum depth is 250 m (830 ft).

Located at 38.2475, 15.6392 (Lat. / Lng.), about 2 miles away.
Wikipedia Article
Bridges in Italy, Suspension bridges in Italy, Geography of Sicily, Proposed bridges, Buildings and structures in Messina, Connections across the Strait of Messina, Transport in Sicily, Megastructures

Lago di Ganzirri is a lake in the Province of Messina, Sicily, Italy. At an elevation of 1 m, its surface area is 3.38 km².

Capo dell'Armi Lighthouse (Italian: Faro di Capo dell'Armi) is a lighthouse in Reggio Calabria, southern Italy. Located along the cliffs of the headland, in the comune of Motta San Giovanni it is an important reference for ships coming into the Strait of Sicily from the south. Activated in 1867 and renovated in 1959, the lighthouse consists of a white tower on an octagonal brick building with 2 floors.

Located at 38.2189, 15.6339 (Lat. / Lng.), about 0 miles away.
Wikipedia Article
Lighthouses in Italy, Buildings and structures in Calabria, Lighthouses completed in 1867, Reggio Calabria

Punta Pezzo is a point in Reggio Calabria, southern Italy. It is the closest point of Calabria to Sicily and is the northernmost point of the Calabrian side of the Strait of Messina, lying on the northern channel. The coasts of this sea area are crossed by very strong currents and the topography of the beaches varies from year to year because of the very strong winter storms. It is located in the comune of Villa San Giovanni, about 13 km north of the capital.

Located at 38.2303, 15.6372 (Lat. / Lng.), about 1 miles away.
Wikipedia Article
Geography of Calabria, Lighthouses in Italy, Buildings and structures in Calabria, Reggio Calabria, Headlands of Italy

Battle of the strait of Messina

The Battle of the Strait of Messina was fought on 276 BC when a Carthaginian fleet attacked the Sicilian fleet of Pyrrhus of Epirus, who was crossing the strait to Italy. Pyrrhus had left Italy for Sicily on the Autumn of 278 BC and scored several major victories against the Carthaginian armies, but Roman successes against Pyrrhus' Italian allies convinced him to return to Italy.

These are some bigger and more relevant cities in the wider vivinity of Villa San Giovanni.

This place is known by different names. Here the ones we know:
Villa San Giovanni, Villa San Giuvanni