Tirat Carmel in Haifa District with it's 18,993 habitants is a town located in Israel about 70 mi (or 113 km) north of Jerusalem, the country's capital town.

Time in Tirat Carmel is now 10:13 PM (Saturday). The local timezone is named Asia / Jerusalem with an UTC offset of 3 hours. We know of 9 airports closer to Tirat Carmel, of which 3 are larger airports. The closest airport in Israel is Haifa International Airport in a distance of 5 mi (or 9 km), North-East. Besides the airports, there are other travel options available (check left side).

There are several Unesco world heritage sites nearby. The closest heritage site in Israel is Bahá’i Holy Places in Haifa and the Western Galilee in a distance of 5 mi (or 8 km), North. We saw 2 points of interest near this location. In need of a room? We compiled a list of available hotels close to the map centre further down the page.

Since you are here already, you might want to pay a visit to some of the following locations: Haifa, Nazareth, Tyre, Bent Jbail and Karney Shomron. To further explore this place, just scroll down and browse the available info. 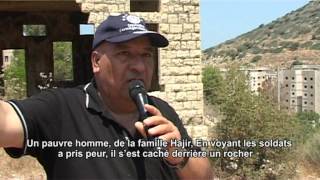 www.zochrot.org http://www.facebook.com/Zochrot. We proceeded north on HaPalmach St. and turned right on HaCharuv St. After about 100m we arrived at a public... 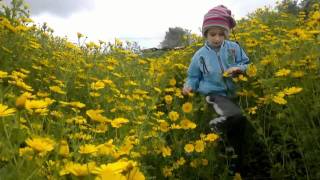 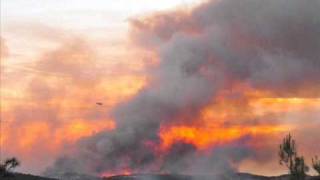 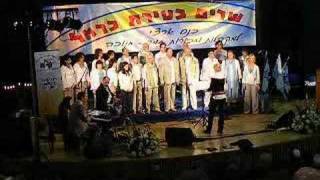 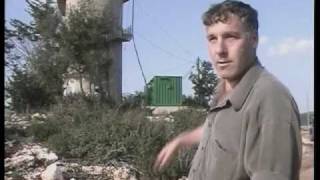 'Ayn Hawd (Hebrew: עין חוד) (Arabic: عين حوض) was one of the so called al-Hija villages in what is now northern Israel, named after Emir Hussam al-Din Abu al-Hija. Being one of... 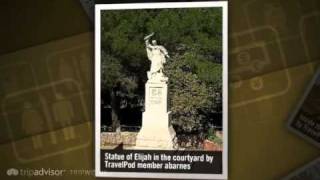 Preview of Abarnes's blog at TravelPod. Read the full blog here: http://www.travelpod.com/travel-blog-entries/abarnes/1/1225890000/tpod.html This blog preview was made by TravelPod using... 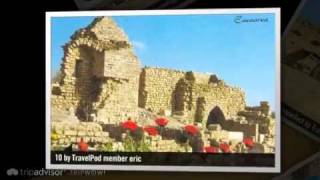 Preview of Eric's blog at TravelPod. Read the full blog here: http://www.travelpod.com/travel-blog-entries/eric/israel_1975-76/198477060/tpod.html This blog preview was made by TravelPod... 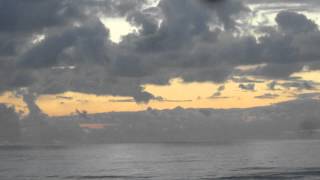 Israel's seafront - The sun had set, the colors of the sunset still paint the sky with warm colors 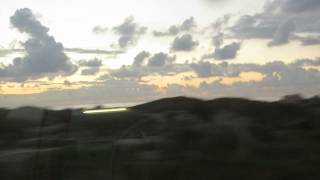 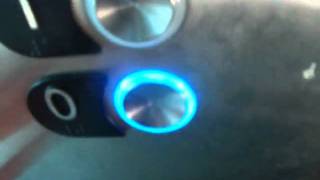 Romema is a neighborhood in the city of Haifa, Israel. Romema (also known as "The Romemot" and Ramat Ben-Gurion) is located east of Ahuza, on the northern slope of Mount Carmel. Today the neighborhood has two sections - New Romema and Old Romema - with a joint population of 8,340.

Ramat Begin is a neighborhood in the city of Haifa, Israel, named after Menachem Begin. This upper-medium class neighbourhood is located south to Ahuza, on the western part of Mount Carmel. Its main streets are Watson St. , Ider St. and Soroka St. Public institutions located there include Nofim Elementary School, the Maimonides Study Center and the Ohel Bracha Synagogue.

Sammy Ofer Stadium, also known as Haifa International Stadium and Avi Ran Stadium, is a 30,820-seathttp://www. kssgroup. com/projects/sammy-ofer-stadium. php planned multi-purpose stadium in Haifa, Israel, that began construction in late 2009. It is hoped to be completed by 2013, to be used mostly for football matches and host the home matches of Maccabi Haifa and Hapoel Haifa. It will replace their current Kiryat Eliezer Stadium.

Ramat Golda is a neighbourhood in Haifa, Israel, situated on a west-facing slope of Mount Carmel, between Denia and Ramat Begin. It is named after Golda Meir.

The Mahmood Mosque in Kababir near Haifa was built by Ahmadiyya Muslim Community in the late 1970s.

Kfar Galim training facility is the training ground of the Israeli Premier League team Maccabi Haifa. It is located in Kfar Galim village.

These are some bigger and more relevant cities in the wider vivinity of Tirat Carmel.