Borivli
in Mumbai Suburban of State of Mahārāshtra, India

Safety Score: 3,3 of 5.0 based on data from 9 authorites. Meaning please reconsider your need to travel to India.

Borivli in Mumbai Suburban (State of Mahārāshtra) with it's 609,617 habitants is a town located in India about 705 mi (or 1,135 km) south of New Delhi, the country's capital town.

Time in Borivli is now 06:53 PM (Thursday). The local timezone is named Asia / Kolkata with an UTC offset of 5.5 hours. We know of 8 airports closer to Borivli, of which one is a larger airport. The closest airport in India is Chhatrapati Shivaji International Airport in a distance of 10 mi (or 16 km), South. Besides the airports, there are other travel options available (check left side).

There are two Unesco world heritage sites nearby. The closest heritage site in India is Elephanta Caves in a distance of 19 mi (or 31 km), South. In need of a room? We compiled a list of available hotels close to the map centre further down the page.

Since you are here already, you might want to pay a visit to some of the following locations: Mumbai, Silvassa, Daman, Nashik and Valsad. To further explore this place, just scroll down and browse the available info. 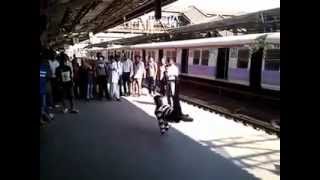 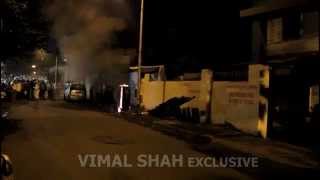 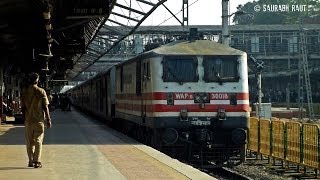 Premium Rajdhani Skips Borivali On The Day When King Rajdhani Will Get Its Halt Here! 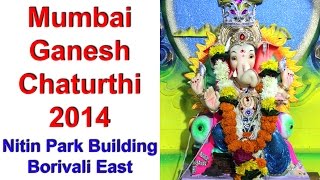 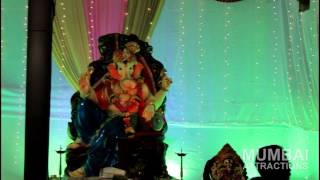 Mumbai Ganesh Chaturthi 2014 : Moksh Plaza | Borivali West. Videography by Vimal Shah. To Advertise with us email at : mumbaiattractions@gmail.com Subscribe us for more Videos. 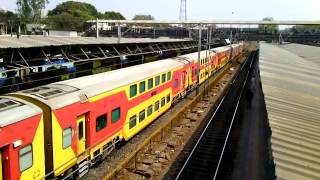 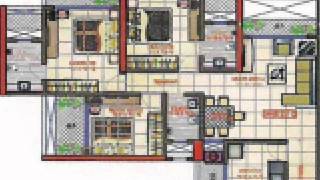 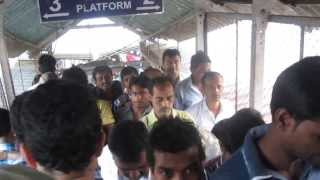 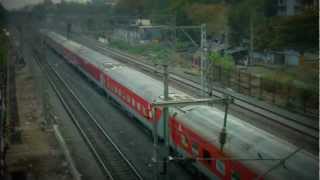 Sanjay Gandhi National Park (SGNP), previously Borivali National Park, is a large protected area in the northern part of suburban Mumbai city in Maharashtra State in India. It encompasses an area of 104 km and is surrounded on three sides by India's most populous city.

Saint Francis D'Assisi High School is a school in Borivali West, Mumbai, India. It is managed by the Franciscan Missionary Brothers, a Catholic religious society founded by Rev. Bro. Paulus Moritz, a German Missionary. The school is recognized by the State Government of Maharashtra. It was established in 1908 and had its centenary celebrations in 2008 with the former President of India, Dr. A.P.J. Abdul Kalam as the chief guest. It is one of the biggest schools in Mumbai.

St. Lawrence High School is a secondary school located in Borivali, a suburban area located in the north-west section of Mumbai island, in the Indian state of Maharashtra. It is a co-ed school belonging to the St. Xavier's group of schools founded by Mr. Pinto. It has state as well as Indian Certificate of Secondary Education (ICSE) syllabus.

Located at 19.24, 72.85 (Lat. / Lng.), about 1 miles away.
Wikipedia Article, Homepage
University of Mumbai, Universities and colleges in Mumbai, Business schools in Maharashtra

Borivali is a railway station on the Western line of the Mumbai Suburban Railway network. The Borivali Railway Station is a terminus for all slow, semi-fast and fast trains on the Mumbai Suburban Railway system of Maharashtra state, India. It also serves as the final city-limit stop for all mail and express trains on Western Railway before leaving Mumbai. As of 2006, there were plans to extend the Harbour Line to Borivali, and expansion plans are in full steam at the railway station.

Dahisar is a railway station on the Western line of the Mumbai Suburban Railway network. Dahisar station is the last station in Mumbai (officially). The area around the station is heavily trafficked and congested. With the construction of the railway line connecting Dahisar to the city of Mumbai in 1867, came the first lot of migrants, the people from Sindhudurg region of Konkan.

These are some bigger and more relevant cities in the wider vivinity of Borivli.

This place is known by different names. Here the ones we know:
Borivli, Borivali