Current time in Trichūr is now 03:19 PM (Wednesday). The local timezone is named Asia / Kolkata with an UTC offset of 5.5 hours. We know of 8 airports closer to Trichūr, of which 3 are larger airports. The closest airport in India is Cochin International Airport in a distance of 28 mi (or 45 km), South-East. Besides the airports, there are other travel options available (check left side).

There is one Unesco world heritage site nearby. It's Mountain Railways of India in a distance of 84 mi (or 136 km), North-East. In need of a room? We compiled a list of available hotels close to the map centre further down the page.

Since you are here already, you might want to pay a visit to some of the following locations: Kozhikode, Kollam, Thiruvananthapuram, Bengaluru and Dasarahalli. To further explore this place, just scroll down and browse the available info. 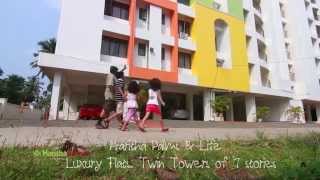 Haritha Homes is a part of the biggest housing community under construction within Trichur Corporation. The concept is community living in a joyful environment with amenities you would find... 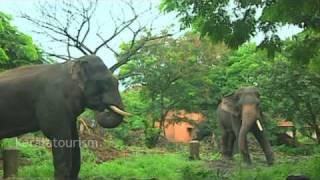 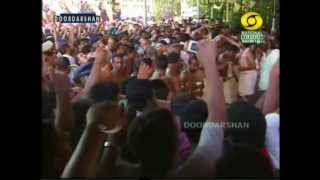 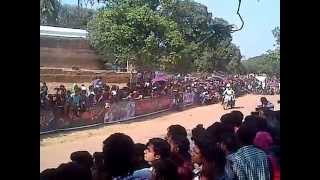 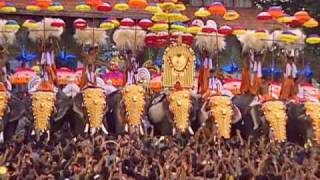 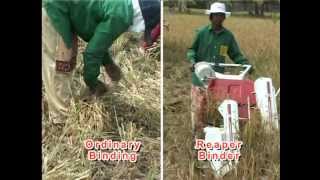 Reaper-Binder is a harvesting machine that reaps the crop as well as binds it simultaneously. This Innovative Mechanical machine ensures 100% recovery of straw with negligible grain losses... 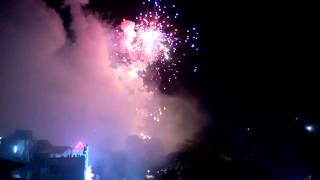 Thrissur Pooram 2014 fire works from Thiruvambady side in HD.

A Fascinating Fiesta of Colours - Fireworks of Thrissur Pooram

The climactic fireworks of Thrissur Pooram held at Thrissur. This multi-hued festival lasts for about 36 hours and features lively events with more than 50 caparisoned elephants topped by colourful... 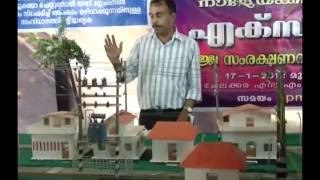 Energy conservation and Electrical Safety Exhibition at Thrissur by KSEB

Thrissur  pronunciation, originally Thrisivaperoor and previously known by its anglicized form as Trichur, is the fourth largest city, the third largest urban agglomeration in Kerala (Pop. 1,854,783) and the 20th largest in India. It is also the headquarters of the Thrissur District. The City is built around a 65-acre hillock called the Thekkinkadu Maidan which seats the Vadakkumnathan temple. Thrissur was once the capital of the Kingdom of Cochin.

Vadakkunnathan Temple, also known as Tenkailasam and Vrshabhacalam, is an ancient Hindu temple dedicated to Shiva at City of Thrissur, of Kerala state in India. This temple is a classic example of the architectural style of Kerala and has monumental towers on all four sides and also a kuttambalam. Mural paintings depicting various episodes from Mahabharata can be seen inside the temple. The shrines and the kuttambalam display vignettes carved in wood.

The Chaldean Syrian Church is an Indian Christian church that is an archbishopric of the Assyrian Church of the East. Its members are part of the St. Thomas Christian community, who trace their origins to the evangelistic activities of Thomas the Apostle in the 1st century. They are almost exclusively based in the state of Kerala, with the church's cathedral located in Thrissur City.

St. Thomas College, Thrissur is a Christian college located in Thrissur City, the Cultural Capital of Kerala, India. Founded by Mar Adolph Medlycott in 1889, this college played a very important role in the development of Kerala. St. Thomas College, Thrissur is the first Roman Catholic college in Kerala, India. It is conducted by the Syro-Malabar Catholic Archdiocese of Thrissur.

Thrissur (Trichur / Trishur) is a revenue district of Kerala situated in the central part of that state. Spanning an area of about 3,032 km, Thrissur district is home to over 10% of Kerala’s population. Thrissur district was formed on July 1, 1949, with the headquarters at Thrissur City. Thrissur is known as the cultural capital of Kerala, and the land of Poorams. The district is famous for its ancient temples, churches, and mosques.

Our Lady of Dolours Basilica

Our Lady of Dolours Basilica is a minor basilica of the Syro-Malabar Catholic Church in Thrissur City in the Indian state of Kerala. The tallest church in Asia, it is famous for its Gothic style architecture. Built in fine Indo-Gothic style with an area of 25,000 square feet, it has soaring belfries at the entrance, double storeyed aisles all along the nave and transepts, and eleven altars, five on either side of the main one.

Mart Mariam Cathedral is the cathedral of the Chaldean Syrian Church of India, part of the Assyrian Church of the East. It is located in Thrissur City in the state of Kerala, and is the city's first Christian church. The church established in 1814 as a Catholic church and was originally known as Our Lady of Dolours Church. It served members of the body now known as the Syro-Malabar Catholic Church, an Eastern Catholic church in communion with the Pope.

Located at 10.5183, 76.2172 (Lat. / Lng.), about 0 miles away.
Wikipedia Article
Churches in Kerala, Churches in Thrissur, Places of worship in Thrissur district, Visitor attractions in Thrissur, 1814 establishments in India

Thekkinkadu Maidan is situated in the middle of Thrissur city of Kerala state in India. This 65-acre hillock which seats the Vadakkumnathan Temple, is oval shaped open ground in the centre of the Thrissur city which is under the custody of the Cochin Devaswom Board (CDB). It hosts the spectacular cultural festival Thrissur Pooram, which is considered the 'Mother of all Poorams in Kerala.

State-owned Kerala State Road Transport Corporation (KSRTC) Thrissur Bus Station is situated in Kokkalai in the heart of the Thrissur City. The bus station is very near to the Thrissur Railway Station. It runs long distance, inter-state and city services. It is a particularly important station because of its strategic location on the major National Highways 17 and 47.

Located at 10.5175, 76.21 (Lat. / Lng.), about 0 miles away.
Wikipedia Article
Transport in Thrissur, Bus stations in Kerala, Buildings and structures in Thrissur

Located at 10.52, 76.21 (Lat. / Lng.), about 1 miles away.
Wikipedia Article
Geography of Kerala, Geography of Thrissur, Environment of India

These are some bigger and more relevant cities in the wider vivinity of Trichūr.

This place is known by different names. Here the ones we know:
Thrissur, തൃശ്ശൂർ, Тричура, திருச்சூர்