The district Roúf of Athens in Nomarchía Athínas (Attica) is a subburb in Greece and is a district of the nations capital.

While being here, you might want to pay a visit to some of the following locations: Aigaleo, Kallithea, Nea Smyrni, Dafni and Moskhaton. To further explore this place, just scroll down and browse the available info. 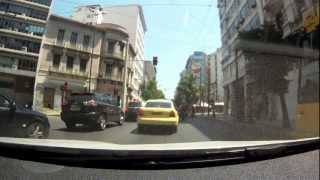 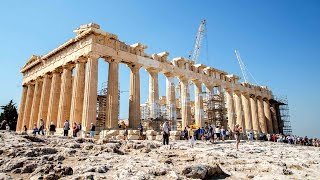 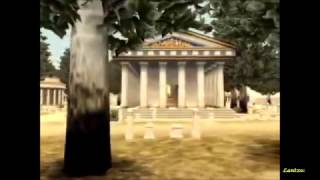 Ancient Greece in a 3D travel

Take the tour in this time travel...it's a compilation of 3d films of ancient greek constructions. 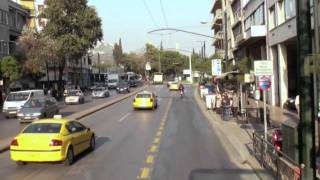 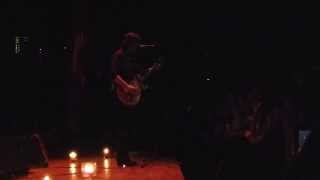 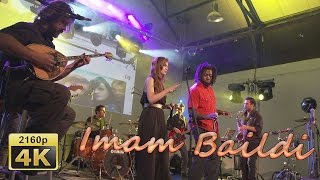 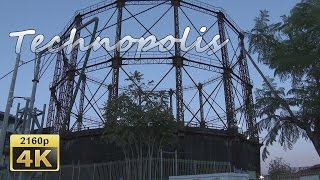 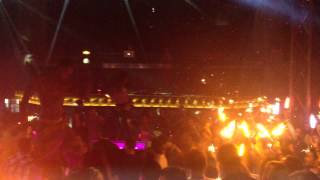 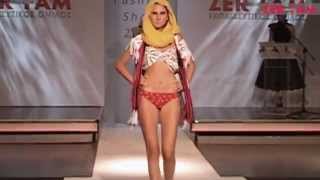 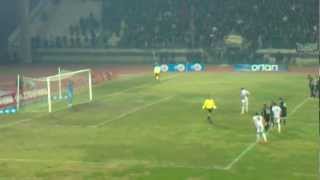 The Pnyx is a hill in central Athens, the capital of Greece. Beginning as early as 507 BC, the Athenians gathered on the Pnyx to host their popular assemblies, thus making the hill one of the earliest and most important sites in the creation of democracy. The Pnyx is located less than 1 kilometre west of the Acropolis and 1.6 km south-west of the centre of Athens, Syntagma Square.

The Temple of Hephaestus, also known as the Hephaisteion or earlier as the Theseion, is a well-preserved Greek temple; it remains standing largely as built. It is a Doric peripteral temple, and is located at the north-west side of the Agora of Athens, on top of the Agoraios Kolonos hill. From the 7th century until 1834, it served as the Greek Orthodox church of St. George Akamates.

The Eurovision Song Contest 2006 was the 51st Eurovision Song Contest, held at the Olympic Indoor Hall in Athens, Greece on 18 May (for the semi-final) and 20 May 2006 (for the final). The hosting national broadcaster of the contest was Ellinikí Radiofonía Tileórasi (ERT). The Finnish band Lordi won the contest with the song "Hard Rock Hallelujah", written by lead singer Mr. Lordi.

The Agricultural University of Athens (Greek: Γεωπονικό Πανεπιστήμιο Αθηνών) is located in Athens, at the neighborhood of Votanikos.

Located at 37.9839, 23.7056 (Lat. / Lng.), about 1 miles away.
Wikipedia Article
Universities in Greece, Agricultural universities and colleges, Education in Athens, Educational institutions established in 1920

The Stoa of Zeus at Athens, was a two-aisled stoa located in the northwest corner of the Ancient Agora of Athens. It was built c. 425 BC–410 BC for religious purposes in dedication to Zeus by the Eleutherios (Freedom): a cult founded after the Persian War. It is different from others in that it was a stoa rather than a temple (the common building used for religious purposes). Scholars believe the building also served other civic purposes due to its central location.

Located at 37.9733, 23.72 (Lat. / Lng.), about 0 miles away.
Wikipedia Article, Homepage
Buildings and structures in Athens, Astronomical observatories in Greece, Science and technology in Greece, Research institutes in Greece, 1842 establishments in Greece

Votanikos is a subdivision located 3 km west of the downtown part of the Greek capital of Athens. The area is named after a nearby botanical garden situated to the southwest. The eastern part are residential, the western part are forested and industrialized. The subdivision has no squares but has a nearby school.

Thiseio, also Thisseio, Thisio and Thissio is the name of a neighborhood in downtown Athens, Greece, northwest of the Acropolis, 1.5 km southwest of downtown, and 1 km southwest of city hall; its name derives from the Temple of Hephaestus, also known as Τhiseio, as it was, in earlier times, considered a temple of Theseus. The area also takes in the ancient Agora, Petralona, and Kerameikos, which includes the Assomaton Square. In Assomaton Square there is Agioi Assomatoi church.

Thiseio is an Athens Metro station, located in Thiseio at 8.603 km from Piraeus. It is located in Athens and took its name from the nearby Temple of Hephaestus which is famous as Thiseio. The station was first opened on February 27, 1869 and was renovated in 2004. It has two platforms. Thiseio station is the first railway station in the city of Athens, other than the Thiseio–Piraeus of today's line 1 of ISAP and the first railway line other than the range of the Greek government.

The Petralona Station is an ISAP station, located in Petralona 7.016 km from Piraeus. It is located in Athens and took its name from the neighbourhood in Athens, It was first opened on November 22, 1954 and features two platforms. It was renovated in 2004.

Athens Arena (Athinon Arena) is a grand music venue in Athens, Greece. It is a large-scale convention centre and concert hall, designed to host up to 3,000 people seated. It is owned by the Papatheoharis Group. Artists featured in the Arena are Marinella, Antonis Remos Sakis Rouvas and Greek superstar Anna Vissi. Since 2005, it is the venue for the Greek preselection final for the Eurovision Song Contest.

Located at 37.9717, 23.7041 (Lat. / Lng.), about 1 miles away.
Wikipedia Article
Music venues in Greece, Buildings and structures in Athens, Culture in Athens, Visitor attractions in Athens

The Melina Merkouri Cultural Centre is a municipal cultural organization in Athens, Greece. It is housed in an impressive old hat factory in Thisseio. The Centre has two permanent exhibitions, the one called "Travelogue of Athens", which presents the neighborhoods of Athens at the beginning of the 20th century, and the other "The Charidimos Shadow Theater", with figures and materials of the famous shadow theater artist. The Centre also includes the "Melina" hall, a 220 sq.m.

Profitis Daniil is a neighborhood of Athens, Greece.

Rouf is a neighborhood of Athens, Greece.

The Temple of Aphrodite Urania is a temple located north-west of the Ancient Agora of Athens and dedicated to the Greek goddess Aphrodite under her epithet Urania. According to Pausanias, the sanctuary had a marble statue of the deity sculpted by the ancient Greek sculptor Phidias. Today, there are a few number of saved stones on the slope of the hill beside the train tracks and near the temple of her husband Hephaestus.

Located at 37.976, 23.7217 (Lat. / Lng.), about 0 miles away.
Wikipedia Article
Temples of Aphrodite, Temples in ancient Athens, Landmarks in Athens, Ancient Greek buildings and structures in Athens

The Temple of Apollo Patroos (meaning "from the fathers") is a small ruined temple of Ionic order built in 340-320 BCE. It is 10 m wide and 16.5 m long and located north-west of the Ancient Agora of Athens near the Stoa of Zeus. Considered to be the founder of the Ionian race and protector of families, the temple's interior had a cult statue dedicated to the god and made by the famous Greek sculptor Euphranor.

This place is known by different names. Here the ones we know:
Ρουφ, Rouf