The district Rottbruch of Herne in Regierungsbezirk Arnsberg (North Rhine-Westphalia) is a subburb located in Germany about 273 mi west of Berlin, the country's capital place.

Being here already, you might want to pay a visit to some of the following locations: Bochum, Recklinghausen, Gelsenkirchen, Essen and Schwelm. To further explore this place, just scroll down and browse the available info. 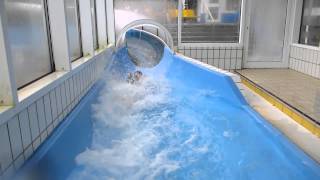 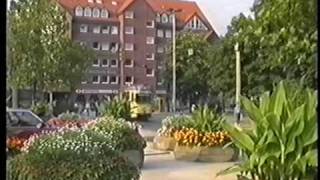 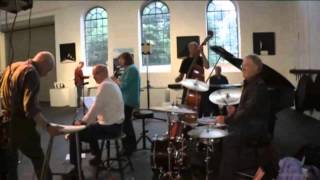 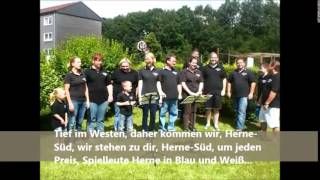 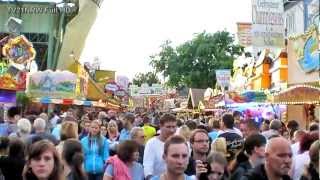 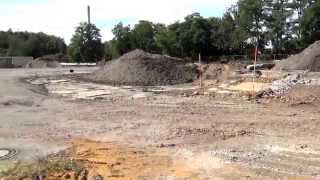 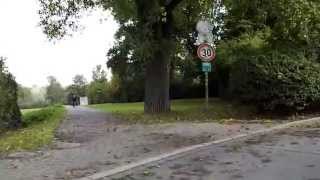 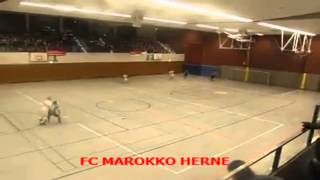 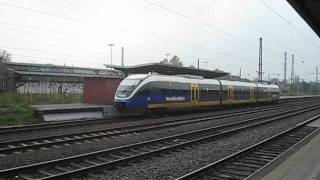 Riemke is a major district of the city of Bochum, Ruhr area, North Rhine-Westphalia, Germany. Riemke borders to the city of Herne. The other districts of Bochum, Riemke borders to are Bergen-Hiltrop, Grumme and Hofstede. Riemke useed known for the large Nokia works, that was expanded in recent years. Riemke was mentioned for the first time as "Rymbecke" in the 9th century. A market square is situated in the center of Riemke. Riemke has the highest point of Bochum, the Tippelsberg.

Hordel is a borough of the city of Bochum in the Ruhr area in North Rhine-Westphalia. It is situated in the North West of Bochum. It borders to Röhlinghausen, which now is a borough of Herne. The last mine of Bochum, Zeche Hannover was in Hordel. In Hordel there are several former mine railways.

Grumme is a quarter of the Westphalian city of Bochum in Germany. It is north of the city centre. Grumme has a tram line running from Gerthe to Hattingen. Grumme is world famous because of the Starlight Express. The Starlight Express is the most-viewed musical in the world. It is famous for its parks and avenues, the German Mining Museum, many hospitals and old buildings. It is one of the wealthiest parts of the Ruhr Area. Grumme houses the largest stadium in Bochum, the Ruhrstadion.

Hamme is a part of the city of Bochum in the Ruhr area in North Rhine-Westphalia, Germany. Up to the 19th century Westphalian was spoken here. Bochum-Hamme is a district in the working-class north of Bochum. So it is the part of Bochum with the highest Grade of poor families. Bochum-Hamme includes Goldhamme, the south of which borders onto the former town of Wattenscheid. Hamme houses a large Turkish minority.

Ruhrstadion (also known as rewirpowerSTADION due to a sponsorship deal) is a football stadium in Bochum, Germany. It is the home ground for the VfL Bochum and has a capacity of 29.448.

The Hildegardis-Schule is a 150-year old secondary school in the city of Bochum, Germany.

Herne power plant is a coal-fired power plant located at Herne in North Rhine-Westphalia, Germany. It was constructed in 1962. The installed capacity of the plant is 950 megawatts. The power plant is owned and operated by Evonik Steag GmbH, a subsidiary of Evonik Industries. In the 1980s, a fourth unit was added to the three older blocks. During this construction the high, 300 metre tall chimney and the large cooling tower, whose shape is present in the picture of the power station, were built.

The GLS Bank (full name GLS Gemeinschaftsbank eG) is a German ethical bank that was founded in 1974 as an anthroposophical initiative. It was the first bank in Germany that operated with an ethical philosophy. According to GLS Bank, its focus is on cultural, social and ecological initiatives, initiated by people, and not anonymous interests seeking capital or maximum profit. The name stands for Gemeinschaftsbank für Leihen und Schenken which translates as Community bank for loans and gifts.

Bochum Central Station (Bochum Hauptbahnhof) is a railway station for the city of Bochum in western Germany. In its current incarnation, it was built from 1955 to 1957 and is one of the most notable 1950s railway stations in Germany. The station underwent extensive remodeling and modernisation from 2004 to 2006 and was officially reopened on 29 May 2006.

Graf-Engelbert School is an urban high school for boys and girls in Bochum, Germany. Near the center of the city and the tree-lined Königsallee, it is located on Else-Hirsch-Straße. Else Hirsch was a teacher in Bochum during the Third Reich and organized ten children's transports, saving many lives, though she herself perished in the Holocaust. Graf-Engelbert School is only a few hundred meters from the Schiller School (also a high school).

The Cranger Kirmes is a fair in Germany, located in Wanne-Eickel in the city of Herne. It is the biggest fair in the whole state of Northrhine-Westphalia and the second biggest fair in Germany, only behind the Oktoberfest. In 2008 there were 4.7 million visitors. At an area of only 110,000 m² it is also called the "most overcrowded fair of the world".

Stadion am Schloss Strünkede is a football stadium in Herne, Germany. It is the home stadium of SC Westfalia Herne. The stadium holds 32,000 spectators and opened in 1910.

The Gymnasium am Ostring was the oldest gymnasium in Bochum. It was founded in 1860 and closed after the 2009-2010 school year. The school was located in downtown Bochum, near the main train station. In the 2005-2006 school year, there were 786 students and 55 teachers. In the early 80s, the school had over 1,000 students. The peak enrollment was 1,310 in the 1980-1981 school year. In humanities tradition, the school offered Latin, ancient Greek, and Hebrew.

Wanne-Eickel Central Station (Wanne-Eickel Hauptbahnhof) is a railway station in the former city of Wanne-Eickel, now part of Herne in western Germany.

The Schauspielhaus Bochum is one of the largest and most notable theatres in Germany. It is located in the city of Bochum.

Herne station was opened in the inner city of Herne in the German state of North Rhine-Westphalia in 1847 together with the Cologne-Minden trunk line. It was located between the village of Herne, which had about 1,000 inhabitants, and the moated castle of Schloss Strünkede and was south of the current station on Von-der-Heydt-Strasse. It soon had a connection to the more southerly city of Bochum, which until 14 years later did not have its own station.

Bochum-Ehrenfeld station is a station in the district of Ehrenfeld of the city of Bochum in the German state of North Rhine-Westphalia. It is on the Witten/Dortmund–Oberhausen/Duisburg railway and it is classified by Deutsche Bahn as a category 5 station. The station was opened on 25 September 1977. The station is served by line S 1 of the Rhine-Ruhr S-Bahn, running between Dortmund and Solingen every 20 minutes during the day.

Mondpalast is a theatre in North Rhine-Westphalia, Germany.

Rottstraße 5 Theater is a theatre in North Rhine-Westphalia, Germany.

The German Mining Museum in Bochum (German: Deutsches Bergbau-Museum Bochum) or DBM is one of the most visited museums in Germany with around 400,000 visitors per year. It is one of the most important mining museums in the world and a renowned research establishment for mining history. Above-ground exhibitions and a faithfully reconstructed show mine below the museum terrain give visitors insights into the world of mining.

These districts also belong to Herne.

These are districts that are close by, but belong to a different city than Herne.

These are some bigger and more relevant cities in the wider vivinity of Herne.