Breinig in Cologne District (North Rhine-Westphalia) is a place in Germany about 332 mi (or 535 km) west of Berlin, the country's capital city.

Current time in Breinig is now 06:41 AM (Wednesday). The local timezone is named Europe / Berlin with an UTC offset of 2 hours. We know of 10 airports near Breinig, of which 5 are larger airports. The closest airport in Germany is Aachen-Merzbrück Airport in a distance of 7 mi (or 11 km), North. Besides the airports, there are other travel options available (check left side).

There are several Unesco world heritage sites nearby. The closest heritage site in Germany is Aachen Cathedral in a distance of 7 mi (or 11 km), North-West. Also, if you like playing golf, there are a few options in driving distance. We encountered 1 points of interest in the vicinity of this place. If you need a hotel, we compiled a list of available hotels close to the map centre further down the page.

While being here, you might want to pay a visit to some of the following locations: Roetgen, Aachen, Hurtgenwald, Simmerath and Langerwehe. To further explore this place, just scroll down and browse the available info. 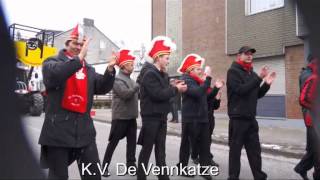 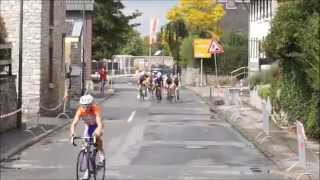 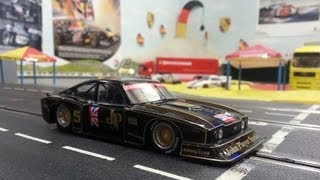 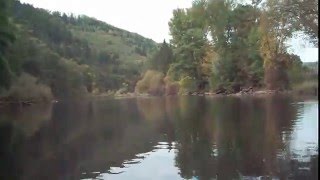 Impression from my last Kayak Trip (8) 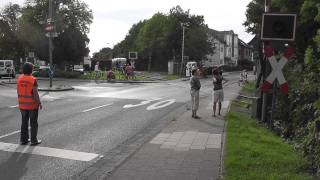 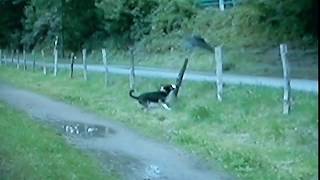 My Raven Rumburak and Ben are the best Friends! 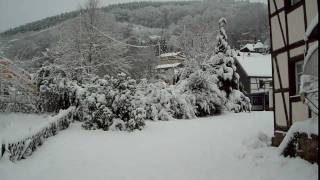 Winter Impressions from the Eifel

A beautiful Winter scenery in the Eifel. 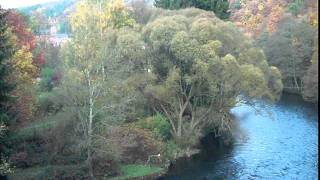 The Rur in the near from my Home town

Die Rur in der nähe von meinem Wohnort.Blick vom Staudamm. The Rur in the near from my small Home town.View from Dam. 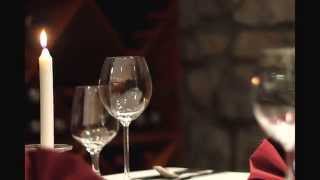 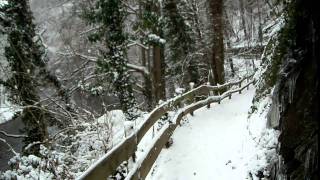 The district of Aachen is a district in the west of North Rhine-Westphalia, Germany. Neighboring districts are Heinsberg, Düren, Euskirchen, and also the Netherlands province of Limburg and the Belgian province of Liège.

The natural reserve Schlangenberg which means snake-mountain is located in the west of Germany close to the Dutch and Belgian border. The reserve is near the village Breinigerberg, 15 kilometres from Aachen or 7 kilometres distant from the city of Stolberg (Rhineland). Schlangenberg itself is a small hill peaking 276 m above sea level. The 108 hectares large area is famous for its calamine flora.

The Eagle-Pharmacy was a former brass producing factory in the German city of Stolberg. The building was founded in 1575 by Leonard Schleicher. In the 18th century it became the first pharmacy in the district of Aachen. Currently the building is protected as an ancient monument.

The St. Anthony-Chapel is located in Kornelimünster, a district of the German city of Aachen. The chapel was built in 1718 but destroyed by an earthquake before consecration. Charles Ludwig von Sickingen-Ebernburg, the abbot of the abbey at Kornelimünster later ordered to rebuild the damaged unfinished building. The work was completed in 1781 and the chapel consecrated in the same year to Anthony of Padua by the administrator of the abbey Charles Caspar von der Horst. The St.

The cloth mill Offermann was a brass factory of the 18th century in the German city of Stolberg. Later it became a cloth mill demonstrating the change of industrial development in the city. Currently it is used as an apartment building.

Flachsbach is a rivulet in the German village of Büsbach. It is a tributary to the river Inde. The Flachsbach flowing through the south of Büsbach has its source in the pasture between the villages Büsbach and Breinig. Pottery findings dated 900 AD proved that there had been in a settlement in the surroundings of the rivulet. It finally led to the development of Büsbach.

These are some bigger and more relevant cities in the wider vivinity of Breinig.