Current time in Celle is now 01:44 AM (Thursday). The local timezone is named Europe / Berlin with an UTC offset of 2 hours. We know of 10 airports near Celle, of which 5 are larger airports. The closest airport in Germany is Celle Airport in a distance of 3 mi (or 5 km), South-West. Besides the airports, there are other travel options available (check left side).

There are several Unesco world heritage sites nearby. The closest heritage site in Germany is St Mary's Cathedral and St Michael's Church at Hildesheim in a distance of 33 mi (or 53 km), South. We discovered 1 points of interest in the vicinity of this place. Looking for a place to stay? we compiled a list of available hotels close to the map centre further down the page.

When in this area, you might want to pay a visit to some of the following locations: Adelheidsdorf, Nienhagen, Hambuhren, Wienhausen and Lachendorf. To further explore this place, just scroll down and browse the available info. 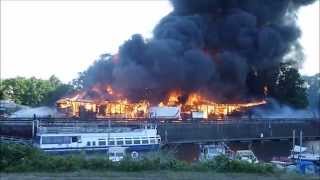 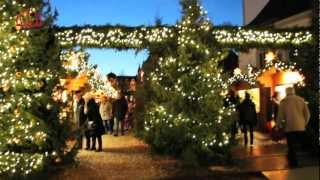 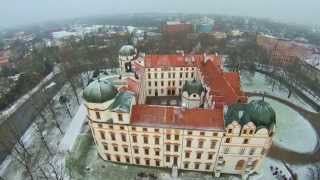 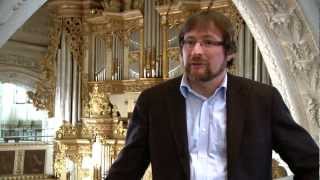 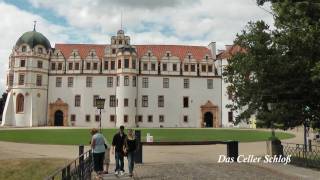 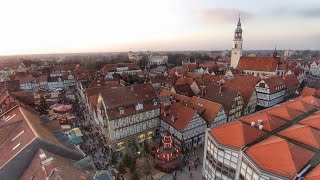 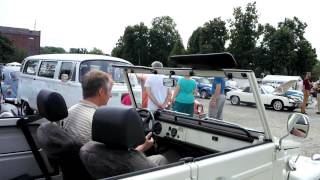 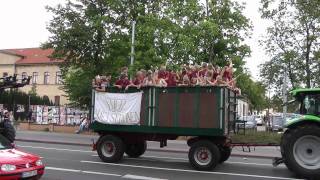 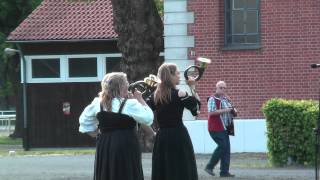 Celle is a district (Landkreis) in Lower Saxony, Germany. It is bounded by (from the north and clockwise) the districts of Uelzen, Gifhorn, Hanover and Heidekreis.

The Fuhse is a stream of Lower Saxony, Germany, a left tributary of the Aller. Spelled Fuse in maps of the 19th century and earlier, the name is thought to derive from the ancient Fosa flumen, after which the Germanic tribe of the Fosi took their name (or vice versa). The Fuhse originates on the west slope of the Oderwald, foothills of the Harz range between Bad Harzburg und Wolfenbüttel. The source spring lies in the municipality of Flöthe near Schladen.

Celle Castle or, less commonly, Celle Palace, in the German town of Celle in Lower Saxony was one of the residences of the House of Brunswick-Lüneburg. This four-winged building is the largest castle in the southern Lüneburg Heath region.

The circular rampart of Burg is a defensive work from the Early Middle Ages period located near the German town of Celle in Lower Saxony. The site, dating roughly to the 10th century and located in an inaccessible area of marsh by the River Fuhse, probably acted as a refuge for the local population. Today this 3 metre high circular embankment belongs to one of the most important Early Middle Age historical monuments in Celle.

The Castle Theatre in Celle is the court theatre which was established between 1670 and 1674/75 on the initiative of the opera lover, George William (1624-1705), Prince of Lüneburg from the House of Brunswick and Lüneburg, as part of the refurbishment and baroque restyling of Celle Castle.

The French Garden in Celle is a public park in the south of the historic old town or Altstadt. On both sides of a straight avenue of lime trees forming its east-west axis are flowerbeds, lawns, copses and a pond with a fountain. Its current appearance is no longer that of a true French Garden, but rather that of an English Garden.

Celle State Stud is a state-owned facility for horse breeding in Celle, Germany. The State Stud of Celle, located in what is now known as Lower Saxony, was founded in 1735 by order of George II, King of Great Britain, Elector of Hanover and Duke of Brunswick-Lüneburg. Its purpose was to make high-quality stallions available to local breeders. Several wars affected not only the safety of the horses, but the types of stallions housed there.

St. Ludwig ("St Louis") is the main Catholic church in the town of Celle in the German state of Lower Saxony. It was consecrated in 1838 and was the third catholic parish church of the new diocese of Hildesheim which was authorised by papal bull and was outside of the former bishopric of Hildesheim and Archbishopric of Mainz. It followed in the footsteps of the first two churches: St Clemens in Hanover and St Michael in Göttingen. Its jurisdiction extends as far as the North Sea coast.

These are some bigger and more relevant cities in the wider vivinity of Celle.