The district St. Paul of in Upper Bavaria (Bavaria) is a district located in Germany about 314 mi south of Berlin, the country's capital town.

Since you are here already, you might want to pay a visit to some of the following locations: Munich, Unterhaching, Neuried, Grunwald and Unterfoehring. To further explore this place, just scroll down and browse the available info. 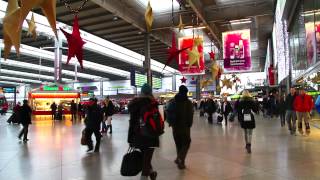 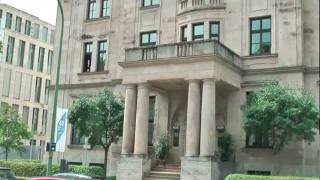 I spent some time exploring the Bavarian capital city of Munich or München in the first week of August 2011. Here is a video of my findings. 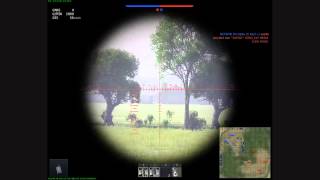 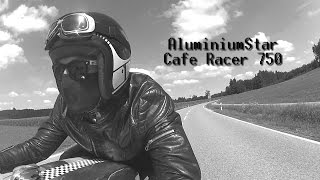 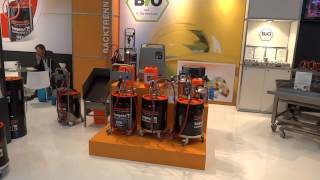 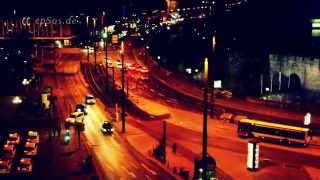 Free video about lighting in Europe. This free video was created for you by http://epsos.de and can be used for free under the creative commons license with the attribution of epSos.de as the... 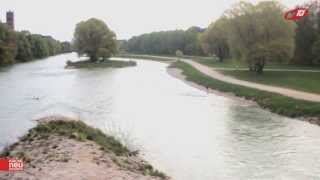 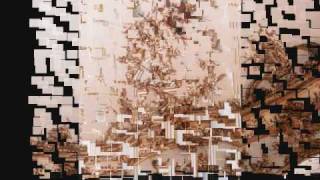 Part one of our vacation to Munich, including sights in and around Marianplatz, Nymphenburg palace, HLT Gemeinde Eins (Latter-day Saint Munich First Ward) and Englischer Garten Park. Check...

The Spaten-Franziskaner-Bräu GmbH is a brewery in Munich, Bavaria, Germany. It is owned by the Spaten-Löwenbräu-Gruppe which is part of the Belgo-Brazilian company Anheuser-Busch InBev. Its products are beers of the brands Spaten and Franziskaner.

Located at 48.1458, 11.5533 (Lat. / Lng.), about 3.398 miles away.
Wikipedia Article
Beer and breweries in Bavaria, Beer brands of Germany, Beer brewing companies in Germany, Buildings and structures in Munich

Augustiner Bräu is a brewery located in Munich, Germany. Established in 1328, it is Munich's oldest still independent brewery and produces Munich's most popular brands of beer. The Company is owned by the Edith Haberland Wagner Trust 51% and the Inselkammer-Family 49%.

Located at 48.1431, 11.5519 (Lat. / Lng.), about 3.397 miles away.
Wikipedia Article, Homepage
Beer and breweries in Bavaria, Beer brewing companies in Germany, Beer brands of Germany, Buildings and structures in Munich, Companies based in Munich, 1328 establishments

Bayerischer Rundfunk [Bavarian Broadcasting] (BR) is the public broadcasting authority for the German Freistaat (Republic) of Bavaria, with its main offices located in Munich. BR is a member of ARD.

Munich Central Station (München Hauptbahnhof) is the main railway station of the city of Munich in Germany. It is one of the three long distance train stations in Munich, the others being München-Pasing and München Ost. The station sees about 350,000 passengers a day, which puts it on par with other large stations in Germany, such as Hamburg and Frankfurt. The mainline station is a terminal station, the subterranean S-Bahn and U-Bahn stations are through stations.

The Circus Krone Building is the headquarters and main winter venue for Circus Krone in Munich, Germany. It also serves as a major venue for other forms of live entertainment, such as rock concerts. It was originally constructed in 1919 and was the first such permanent building for circus performances in Germany. It was particularly known as the first building specifically for clown shows, although even in its early days it was also used for a range of other events.

Munich Hackerbrücke station is a station opened in 1972 on the Munich S-Bahn network below Hackerbrücke (Hacker bridge) that is close to Munich Central Station. It is classified by Deutsche Bahn as a category 3 stationand has a 211 metre long central platform between two platform tracks and is located directly in front of a 3.2 percent drop into the S-Bahn trunk line tunnel.

The Kriegsakademie (German for war academy) of the Bavarian Army was the military academy and staff college of the Kingdom of Bavaria, existing from 1867 to the beginning of World War I in 1914. For a better distinction to equivalent institutions of other countries like the older and ten times larger Prussian Military Academy of the Prussian Army in Berlin or the war academy of the Austrian Army in Vienna, the Kriegsakademie in Munich is commonly called Bavarian war academy.

Geisel Privathotels is a Munich-based private hotel and gastronomy group founded in 1900 and includes four hotels (Hotel Königshof, Hotel Excelsior, anna hotel, Cosmopolitan Hotel) and three restaurants. The brothers, Carl, Michael and Stephan Geisel were awarded the title “Hotelier of the Year” in 2008.

Circus Krone, based in Munich, is one of the largest circus in Europe and one of the few in Western Europe to also occupy a building (Cirque d'hiver de Paris, Cirque d'hiver d'Amiens and Cirque Royal in Brussels, are some other examples of European circus occupying a building).

St. Benedict is a parish church in Munich, southern Germany, located in the quarter Schwanthalerhöhe ("Westend")

Zentraler Omnibusbahnhof München (ZOB) is a central bus station located in Maxvorstadt, Munich, Bavaria, Germany. The terminal has an area of 17,221 square metres. The bus station was established on 11 September 2009 and is a major transportation hub for bus and train with national and international traffic. The bus station also has spacious offices and retail space for retailers that give it an airport-like character.

Marsfeld is located in Maxvorstadt, Munich, Bavaria, Germany. It is a former military area and the site of the first railway station of the city.