Garmisch-Partenkirchen in Upper Bavaria (Bavaria) with it's 26,022 inhabitants is located in Germany about 363 mi (or 583 km) south of Berlin, the country's capital.

Local time in Garmisch-Partenkirchen is now 08:17 AM (Wednesday). The local timezone is named Europe / Berlin with an UTC offset of 2 hours. We know of 12 airports in the wider vicinity of Garmisch-Partenkirchen, of which 5 are larger airports. The closest is airport we know is Innsbruck Airport in Austria in a distance of 20 mi (or 32 km). The closest airport in Germany is Oberpfaffenhofen Airport in a distance of 42 mi (or 32 km), South-East. Besides the airports, there are other travel options available (check left side).

There are several Unesco world heritage sites nearby. The closest heritage site in Germany is Pilgrimage Church of Wies in a distance of 16 mi (or 26 km), North-West. We found 3 points of interest in the vicinity of this place. If you need a place to sleep, we compiled a list of available hotels close to the map centre further down the page.

Depending on your travel schedule, you might want to pay a visit to some of the following locations: Farchant, Grainau, Ettal, Oberau and Oberammergau. To further explore this place, just scroll down and browse the available info. 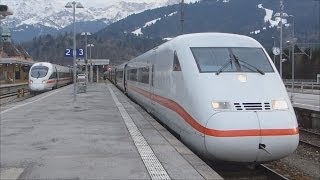 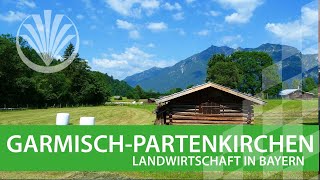 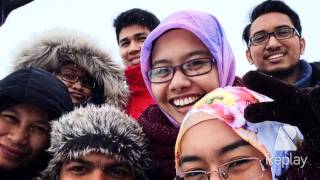 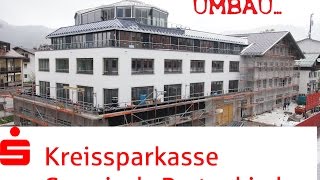 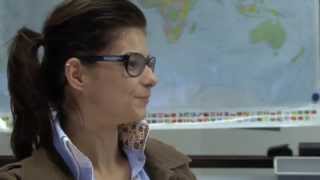 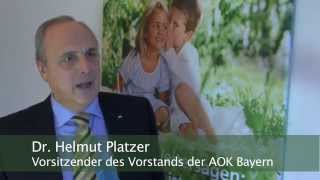 Garmisch Olympia Stadium is an arena in Garmisch, Germany. It is primarily used for ice hockey, and is the home arena of the SC Garmisch of the Deutsche Eishockey Liga. Garmisch Olympia Stadium opened in 1935 and holds 6,929 people. It also hosted Germany's single home game during the 1996 World Cup of Hockey. This arena also hosted some hockey and figure skating events at the 1936 Winter Olympics. Rockstar Eric Burdon will perform there in 2010.

The 2005 European Curling Championships were held in Garmisch-Partenkirchen, Germany from December 9 to 17.

Riessersee is a German lake located in southwest Garmisch-Partenkirchen. The lake itself hosted the ice hockey and speed skating events for the 1936 Winter Olympics. Adjacent to the lake, the bobsleigh event took place.

The Olympia-Kunsteisstadion is a skating stadium located in Garmisch-Partenkirchen. It was built according to plans of architect Hanns Ostler in only 106 days for the figure skating and ice hockey at the 1936 Winter Olympics. It was opened on 16 December 1934. It contained an ice rink 30 meters by 60 meters for these games. It was a partially covered stadium. The stadium was able to hold 10,000 people.

|} The Bavarian Zugspitze Railway is one of four rack railways still working in Germany, along with the Wendelstein Railway, the Drachenfels Railway and the Stuttgart Rack Railway. The metre gauge line runs from the Garmisch-Partenkirchen suburb of Garmisch to the Zugspitze, the highest mountain in Germany. The line is operated by the Bayerischen Zugspitzbahn Bergbahn AG (BZB), whose majority owner is the Garmisch-Partenkirchen Municipal Works.

The Hausberg Gondola Lift runs from Garmisch-Partenkirchen in South Germany up to the Hausberg mountain and the "Classic" ski area of Hausberg-Alpspitze. It belongs to the Bayerische Zugspitzbahn company and is only operated in winter. The old Hausberg cableway built by PHB went into service in 1969. It was a cable car with two cabins, each with a capacity of 70 people, and operated until the end of the 2005/06 winter season.

Garmisch-Partenkirchen station (German: Landshut Hauptbahnhof) is a junction station in the German State of Bavaria. It is the biggest station in Garmisch-Partenkirchen. It has five platform tracks and is classified by Deutsche Bahn as a category 3 station. The station has about 50 services daily operated by DB Regio and some long-distance services operated by Deutsche Bahn.

These districts belong to Garmisch-Partenkirchen.

These are some bigger and more relevant cities in the wider vivinity of Garmisch-Partenkirchen.