Sankt Georgen in Freiburg Region (Baden-Württemberg) is located in Germany about 400 mi (or 643 km) south-west of Berlin, the country's capital town.

Current time in Sankt Georgen is now 03:11 PM (Monday). The local timezone is named Europe / Berlin with an UTC offset of one hour. We know of 12 airports close to Sankt Georgen, of which 5 are larger airports. The closest is airport we know is Colmar-Houssen Airport in France in a distance of 22 mi (or 36 km). The closest airport in Germany is Lahr Airport in a distance of 27 mi (or 36 km), North-West. Besides the airports, there are other travel options available (check left side).

There are several Unesco world heritage sites nearby. The closest heritage site is Strasbourg – Grande île in France at a distance of 42 mi (or 67 km). The closest in Germany is Monastic Island of Reichenau in a distance of 62 mi (or 67 km), North. We encountered 3 points of interest near this location. If you need a hotel, we compiled a list of available hotels close to the map centre further down the page.

While being here, you might want to pay a visit to some of the following locations: Ebringen, Wittnau, Merzhausen, Au and Schallstadt. To further explore this place, just scroll down and browse the available info. 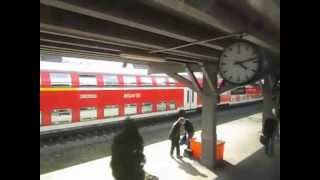 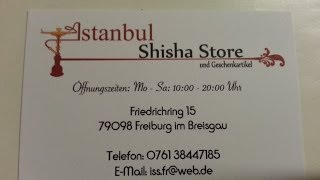 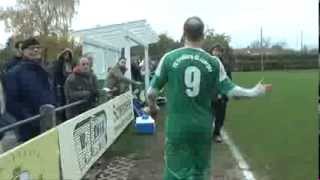 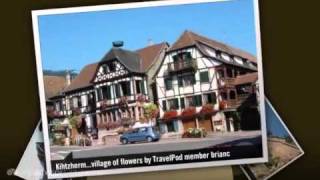 Preview of Brianc's blog at TravelPod. Read the full blog here: http://www.travelpod.com/travel-blog-entries/brianc/nomadsineurope/1158899220/tpod.html This blog preview was made by TravelPod... 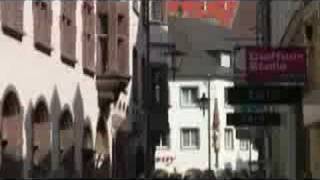 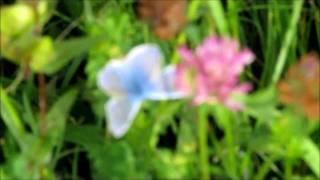 Drive from Sölden to Freiburg 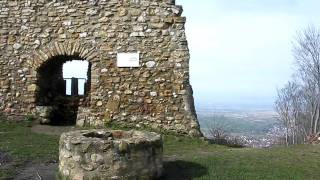 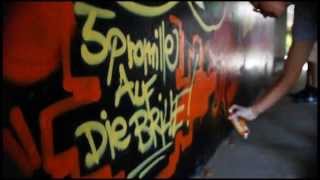 The Protestant University of Applied Sciences Freiburg is a university of social work, diakonia and religious education. It is a confessional, state-approved university located in Freiburg. The responsible body is the Protestant regional church of Baden (Evangelische Landeskirche in Baden). Baden is the name of the area in the South-West of Germany, belonging to the State of Baden-Württemberg.

Freiburg-St. Georgen is a district of the German city Freiburg and consists of three villages: Uffhausen, Wendlingen and Sankt Georgen itself. Sankt Georgen became a part of Freiburg in 1937. It is bordered by the Schönberg in the South, Merzhausen to the South-East, the Wiehre to the East, Haslach to the North-West and the Rieselfeld to the North-East. To the South-West it borders Schallstadt and Opfingen and Tiengen to the West.

Haslach, incorporated into the city on 1 January 1890, is one of the Western districts of Freiburg im Breisgau. After the demerging of Weingarten the district is made up out of the boroughs 611 Haslach-Egerten, 612 Haslach-Gartenstadt, 613 Haslach-Schildacker und 614 Haslach-Haid.

Rieselfeld is a district of the German city of Freiburg. Rieselfeld is one of the two recent new localities and was founded in 1992. Development started in 1993, is still going on and is planned to end in 2010.

Dreisam is a river in Germany near Freiburg. It empties into the Elz. The waters of the Dreisam feed the famous Freiburg bächle.

Schönberg (Ebringen) is a mountain of Baden-Württemberg, Germany.

Vauban is a new neighborhood planned for 5,000 inhabitants and 600 jobs 4 km to the south of the town center in Freiburg, Germany. It was built as "a sustainable model district" on the site of a former French military base, and is named after Sébastien Le Prestre de Vauban, the 17th century French Marshal who built fortifications in Freiburg while the region was under French rule. Construction began in the mid-1990s.

Franz Siegel Stadion, is an arena in Freiburg im Breisgau, Germany. It is primarily used for ice hockey, and is the home to the EHC Freiburg of the Regionalliga. It opened in the late 1960s and holds 5,800 spectators.

These are some bigger and more relevant cities in the wider vivinity of Sankt Georgen.

This place is known by different names. Here the ones we know:
Sankt Georgen