Safety Score: 3,3 of 5.0 based on data from 9 authorites. Meaning please reconsider your need to travel to French Polynesia.

Paopao in Îles du Vent with it's 4,221 habitants is a town located in French Polynesia about 17 mi (or 27 km) west of Papeete, the country's capital town.

Time in Paopao is now 07:23 PM (Sunday). The local timezone is named Pacific / Tahiti with an UTC offset of -10 hours. We know of 8 airports closer to Paopao. The closest airport in French Polynesia is Moorea Airport in a distance of 4 mi (or 7 km), North-East. Besides the airports, there are other travel options available (check left side).

Since you are here already, you might want to pay a visit to some of the following locations: Papeete, Uturoa, , and . To further explore this place, just scroll down and browse the available info. 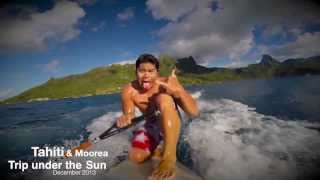 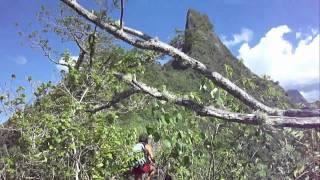 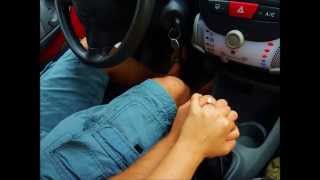 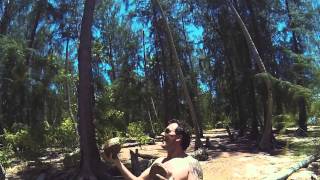 Best Vacation Spots in the World: Motu Picnic in Mo'orea, Near Tahiti

Take a trip to the dream vacation spot: Mo'orea Island in French Polynesia. Created by the travel video editors at VideoTov (http://www.videotov.com). Stop what you're doing and relax into... 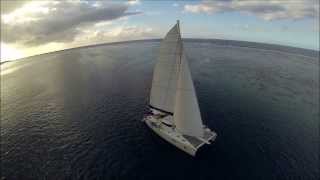 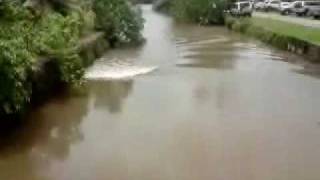 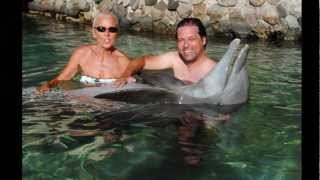 In June 2012, 14 family and friends took this trip to Moorea (Tahiti). I believe this video captures the essence of the vacation. 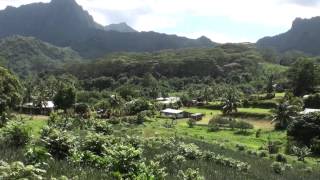 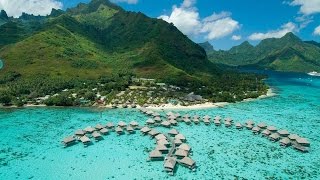 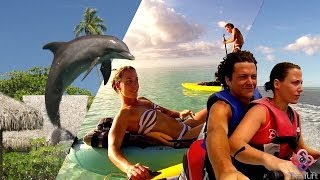 Moʻorea is a high island in French Polynesia, part of the Society Islands, 17 km (roughly 9 mi) northwest of Tahiti. Moʻorea means "yellow lizard" in Tahitian. An older name for the island is ʻAimeho, sometimes spelled 'Aimeo or ʻEimeo (among other spellings misunderstood by early visitors with no knowledge of the language). Early Western colonists and voyagers also referred to Moʻorea as York Island.

The Leeward Islands (French: Îles Sous-le-vent; Tahitian: Fenua Raro Mata’i, literally "Islands Under-the-Wind") are the western part of the Society Islands in French Polynesia, an overseas collectivity of France in the South Pacific. They lie south of the Line Islands, east of the Cooks and north of the Austral Islands (also part of French Polynesia). Their area is 395 km² with a population of over 33,000.

The Society Islands (French: Îles de la Société or officially Archipel de la Société) are a group of islands in the South Pacific Ocean. They are politically part of French Polynesia. The archipelago is suspected to have been named by Captain James Cook supposedly in honour of the Royal Society, the sponsor of the first British scientific survey of the islands; however, Cook himself stated in his journal that he called the islands Society "as they lay contiguous to one another".

Mount Tohivea (or Tohiea) is a volcanic peak and the highest point on the island of Moorea in French Polynesia at 3,960 feet (1,207 m). On its slopes are many streams and fertile soils. There are hiking trails along the summit close to Belvedere Point where people can view Mont Routui and the two bays and three peninsulas of Moorea. Mount Tohivea is a dormant volcano that is easily visible from Papeete, the capital of French Polynesia. The surrounding peaks are almost as tall as Mount Tohivea.

Opunohu Bay is a bay on the island of Moorea, Tahiti. It is a narrow, straight, 3-km long bay with a water depth of about 80 metres at the mouth. Offshore winds along the axis of the bay generates an outflow at the surface and an inflow below 20 metres depth. It is located not too far away from Papeete. A number of sailboats regularly enter the bay and the bay is part of numerous tours of Tahiti given by tourist Opunohu bay is west of Cooks Bay and Pao Pao.

These are some bigger and more relevant cities in the wider vivinity of Paopao.

This place is known by different names. Here the ones we know:
Paopao

These are the most popular locations in French Polynesia on Tripmondo.