Bereult
District of Le Havre
in Seine-Maritime of Normandy, France

The district Bereult of Le Havre in Seine-Maritime (Normandy) is located in France about 109 mi north-west of Paris, the country's capital.

Depending on your travel schedule, you might want to pay a visit to some of the following locations: Lisieux, Bertheauville, Notre-Dame-de-Fresnay, Caen and Bernay. To further explore this place, just scroll down and browse the available info. 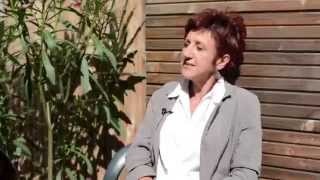 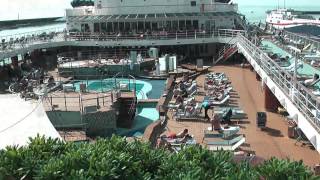 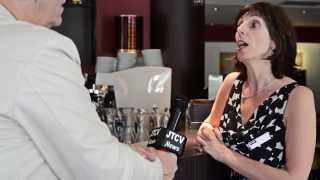 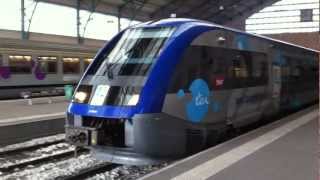 Can someone tell me what type train this is? Comment below or message me! 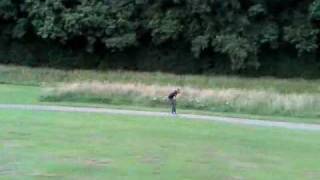 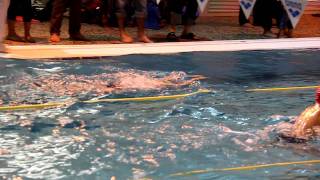 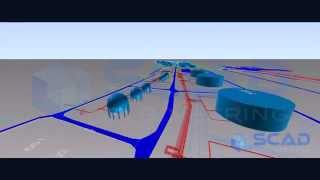 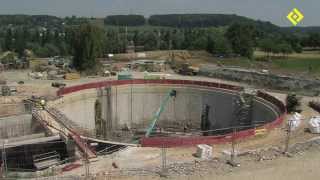 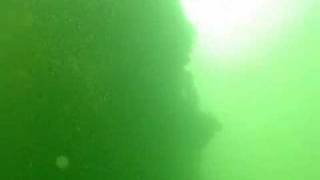 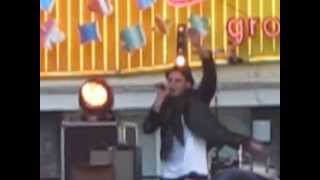 The Seine is a 776 km -long river and an important commercial waterway within the Paris Basin in the north of France. It rises at Source-Seine, 30 kilometres (19 mi) northwest of Dijon in northeastern France in the Langres plateau, flowing through Paris and into the English Channel at Le Havre (and Honfleur on the left bank). It is navigable by ocean-going vessels as far as Rouen, 120 km from the sea.

The Pont de Normandie is a cable-stayed road bridge that spans the river Seine linking Le Havre to Honfleur in Normandy, northern France. Its total length is 2,143.21 metres – 856 metres between the two piers. Despite being a motorway toll bridge, there is a footpath as well as a narrow cycle lane in each direction allowing pedestrians and cyclists to cross the bridge free of charge.

Located at 49.491, 0.101111 (Lat. / Lng.), about 0 miles away.
Wikipedia Article
Churches in Seine-Maritime, Buildings and structures in Le Havre, Roman Catholic churches in France

Stade Jules Deschaseaux, is a multi-purpose stadium in Le Havre, France. It is currently used mostly for football matches. The stadium is able to hold 16,400 people and was built in 1932. During the 1938 World Cup, it hosted one game. In 2012 it was replaced by the newly-constructed Stade Océane.

The Port of Honfleur, Port de Honfleur, is the harbour of the Norman town of Honfleur, France. Expeditions to Quebec from this harbour led to its foundation.

Dock Océane is an indoor sporting arena located in Le Havre, France. The capacity of the arena is 3,598 people. It is currently home to the Saint Thomas Basket Le Havre basketball team.

Located at 49.4911, 0.132641 (Lat. / Lng.), about 1 miles away.
Wikipedia Article
Indoor arenas in France, Basketball venues in France, Sports venues in Seine-Maritime, Sport in Normandy, Buildings and structures in Le Havre

Harfleur is a suburban railway station in Harfleur near Le Havre, France. It is situated on the Paris–Le Havre railway.

Le Havre – Octeville Airport (French: Aéroport du Havre - Octeville) is an airport serving the city of Le Havre in France. The airport is located in Octeville-sur-Mer, 5 km north-northwest of Le Havre, both communes in the Seine-Maritime department in the Haute-Normandie region in northern France.

The Château d'Orcher is a castle in the commune of Gonfreville-l'Orcher in the Seine-Maritime département of France. Built to protect the mouth of the River Seine, it includes an imposing square crenellated tower. In the 18th century it was transformed into a residence.

USS Miantonomah (CM-10/CMc-5) was built as SS Quaker by Pusey & Jones Corp. , Wilmington, Delaware, in 1938 and during the next three years operated along the eastern seaboard as a fast inland water passenger and freight carrier.

Located at 49.475, 0.133333 (Lat. / Lng.), about 2 miles away.
Wikipedia Article
Ports and harbours of France, Transport in Normandy, Buildings and structures in Le Havre, Visitor attractions in Seine-Maritime

The river Lézarde is one of the rivers that flow from the plateau of the southern Pays de Caux in the Seine-Maritime département of Haute-Normandie into the Seine. The river rises at Saint-Martin-du-Bec and passes Notre-Dame-du-Bec, Rolleville, Épouville, Montivilliers and joins the Seine at Harfleur.

The Arboretum du parc de Rouelles, also known as the Arboretum des Ardennes, is an arboretum located within the Parc de Rouelles (over 150 hectares) on the Chemin Vicinal 3, south of Montivilliers, north of Le Havre, Seine-Maritime, Haute-Normandie, France. Long ago, the park was a medieval property of Pays de Caux with castle, park, farm, and forest. Most buildings were destroyed by bombardment in 1944, but a fine dovecote remains (dating to 1631). Today's park was created from 1980-1993.

The Raid on Le Havre was a two-day naval bombardment of the French port of Le Havre early in July 1759 by Royal Navy forces under Rear-Admiral George Rodney during the Seven Years' War, which succeeded in its aim of destroying many of the invasion barges being gathered there for the planned French invasion of Great Britain. Rodney's squadron consisted of the 60-gun ship of the line Achilles as flagship, four 50-gun ships, five frigates, a sloop, and six bomb ketches.

SS Galeka was a steam ship originally built for the Union-Castle Mail Steamship Company, but requisitioned for use as a British troop transport and then a hospital ship during the First World War. On 28 October 1916 she hit a mine laid by the German U-boat UC-26.

Les Bains Des Docks (The Bath by the docks) is an Aquatic Center in the city of Le Havre, France. It was designed by award winning architectural firm Ateliers Jean Nouvel as part of an effort by Le Havre to revitalize its docks and warehouse district.

Le Havre-Graville is a station serving the city of Le Havre. Services are mainly regional rail. It is situated on the Paris–Le Havre railway and the Lézarde Express Régionale line to Rolleville.

The Stade Océane (or Grand Stade du Havre) is a football stadium in Le Havre, France. Its capacity is 25,178 all-seated and it is the home ground of Le Havre AC. It replaces the Stade Jules Deschaseaux as the club's home stadium. Its inauguration was 12 July 2012, with a friendly fixture between Le Havre AC and Lille. A similar stadium is being built now in Haifa by KSS Architects.

These are some bigger and more relevant cities in the wider vivinity of Le Havre.