Stains in Seine-Saint-Denis (Île-de-France Region) with it's 32,601 inhabitants is a city in France a little north of Paris, the country's capital.

Local time in Stains is now 09:58 AM (Thursday). The local timezone is named Europe / Paris with an UTC offset of 2 hours. We know of 8 airports in the vicinity of Stains, of which 5 are larger airports. The closest airport in France is Paris-Le Bourget Airport in a distance of 3 mi (or 5 km), North-East. Besides the airports, there are other travel options available (check left side).

There are several Unesco world heritage sites nearby. The closest heritage site in France is Paris, Banks of the Seine in a distance of 8 mi (or 12 km), South-West. If you need a place to sleep, we compiled a list of available hotels close to the map centre further down the page.

Depending on your travel schedule, you might want to pay a visit to some of the following locations: Saint-Denis, Sarcelles, Bobigny, Paris and Argenteuil. To further explore this place, just scroll down and browse the available info. 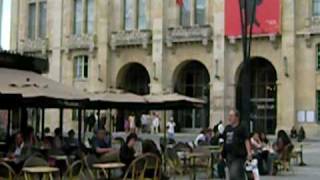 Downtown Saint-Denis and the Basilica and Stuff

Sitting and having a coffee is one of the pleasures of life in France, and central Saint-Denis was pretty pleasant this Friday afternoon, May 28, 2010. The "Montjoie" were several "calvaires"... 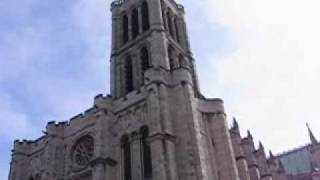 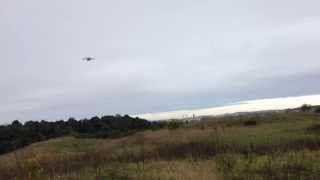 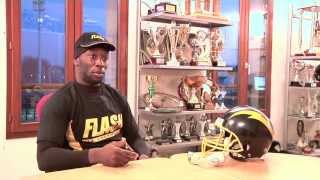 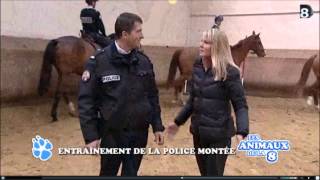 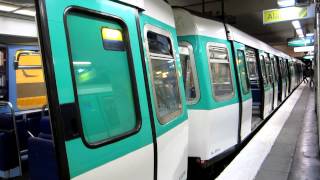 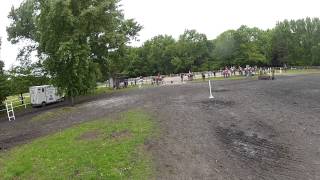 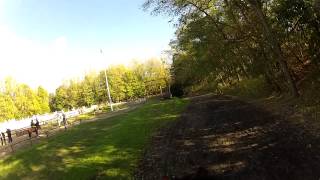 Saint-Denis – Université is a station on line 13 of the Paris Métro located in the suburban town of Saint-Denis. It is the most northerly station on the Paris Métro system (not including stations on RER lines). It serves the northern suburbs of Paris and Paris VIII University. It will also serve the new facility of the National Archives, which is being built on land the commune of Pierrefitte-sur-Seine, next to the station and the bus station.

Located at 48.9447, 2.36333 (Lat. / Lng.), about 1 miles away.
Wikipedia Article, Homepage
University of Paris, Universities in France, Educational institutions established in 1969, 1969 establishments in France

Saint-Denis - Porte de Paris is a station on line 13 of the Paris Métro in the commune of Saint-Denis. The station has a flat roof supported by beams. Its walls are decorated with white tiles used for advertising, especially for sports tournaments at the Stade de France. The station opened on 26 May 1976 when the line was extended from Carrefour Pleyel to Basilique de Saint-Denis. It was later renovated for the opening of the Stade de France to enable it to handle large flows of passengers.

These are some bigger and more relevant cities in the wider vivinity of Stains.