Dugny in Seine-Saint-Denis (Île-de-France Region) with it's 10,709 citizens is a city in France a little north-east of Paris, the country's capital city.

Local time in Dugny is now 10:22 AM (Thursday). The local timezone is named Europe / Paris with an UTC offset of 2 hours. We know of 8 airports in the vicinity of Dugny, of which 5 are larger airports. The closest airport in France is Paris-Le Bourget Airport in a distance of 2 mi (or 2 km), North-East. Besides the airports, there are other travel options available (check left side).

There are several Unesco world heritage sites nearby. The closest heritage site in France is Paris, Banks of the Seine in a distance of 9 mi (or 14 km), South-West. Looking for a place to stay? we compiled a list of available hotels close to the map centre further down the page.

When in this area, you might want to pay a visit to some of the following locations: Saint-Denis, Sarcelles, Bobigny, Le Raincy and Paris. To further explore this place, just scroll down and browse the available info. 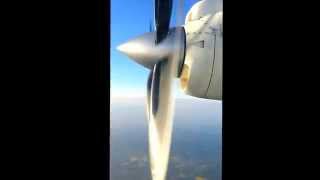 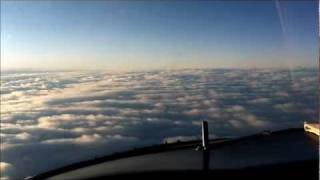 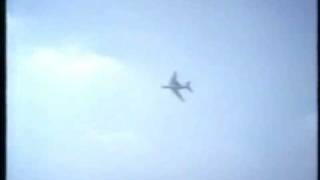 This was the first time the An-225 (Mriya) flew to a western country. It took place in 1989 just months after the maden flight of Buran. From: http://www.buran-energia.com/mriya-antonov/mriya-desc... 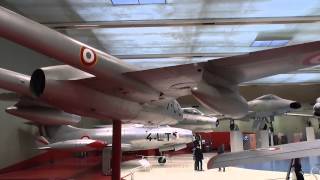 On January 2nd, 2014 I drove from my home to Paris (about 475km each way) for a day trip to visit the French national Air and Space museum at Le Bourget Airport in Paris. After spending the... 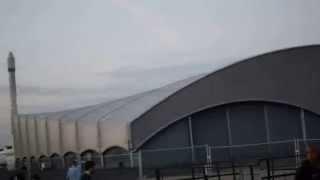 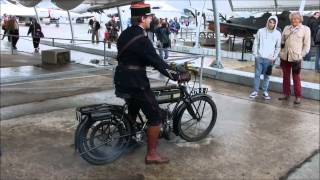 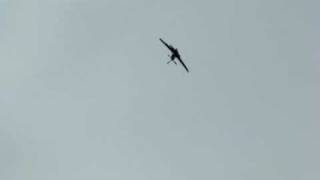 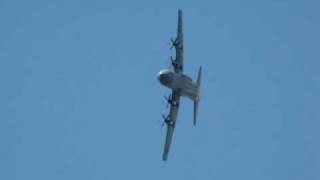 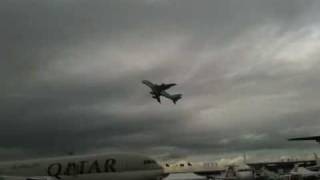 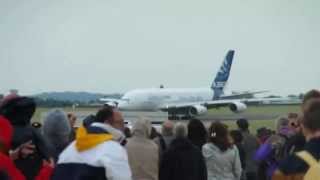 Located at 48.9694, 2.44139 (Lat. / Lng.), about 2 miles away.
Wikipedia Article, Homepage
Airports in France, Airports in the Paris region, Buildings and structures in Seine-Saint-Denis, Transport in Île-de-France, World War II airfields in France, Airfields of the United States Army Air Forces in France

The Paris Air Show (Salon international de l'aéronautique et de l'espace, Paris-Le Bourget) claims to be the world's oldest and largest air show. Established in 1909, it is currently held every odd year at Le Bourget Airport in north Paris, France. The next Paris Air Show, on the 17th to the 23rd of June 2013, will be the 50th. The format is similar to the Farnborough International Airshow in Britain and the ILA Berlin Air Show, which both next happen in 2014.

These are some bigger and more relevant cities in the wider vivinity of Dugny.