Coquelles
in Pas-de-Calais of Hauts-de-France, France

Coquelles in Pas-de-Calais (Hauts-de-France) with it's 2,439 habitants is a city located in France about 146 mi (or 235 km) north of Paris, the country's capital town.

Current time in Coquelles is now 11:22 PM (Saturday). The local timezone is named Europe / Paris with an UTC offset of 2 hours. We know of 13 airports closer to Coquelles, of which 5 are larger airports. The closest airport in France is Calais-Dunkerque Airport in a distance of 7 mi (or 11 km), East. Besides the airports, there are other travel options available (check left side).

There are several Unesco world heritage sites nearby. The closest heritage site is Canterbury Cathedral, St Augustine's Abbey, and St Martin's Church in United kingdom at a distance of 39 mi (or 63 km). The closest in France is Fortifications of Vauban in a distance of 62 mi (or 63 km), North-West. We saw 1 points of interest near this location. In need of a room? We compiled a list of available hotels close to the map centre further down the page.

Since you are here already, you might want to pay a visit to some of the following locations: Calais, Boulogne-sur-Mer, Montreuil, Saint-Omer and Dunkerque. To further explore this place, just scroll down and browse the available info. 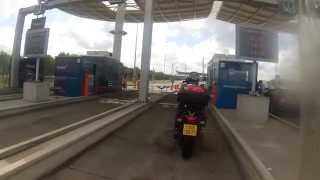 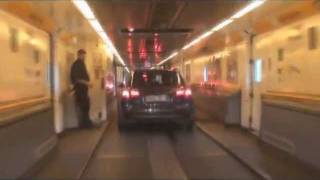 Crossing the channel tunnel from Calais to Folkestone

Riding on to the eurotunnel at Calais, on my way back from Barcelona, on my Suzuki Burgman 400. October 2011. Crossing time to the UK (Folkestone) is approx 35 minutes. 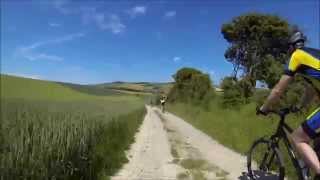 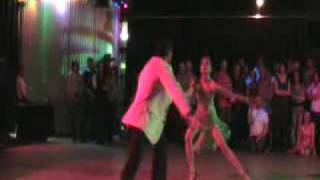 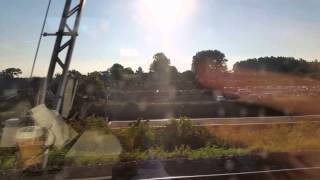 This is the landscape you see entering France from the UK straight after getting out from the Eurotunnel. 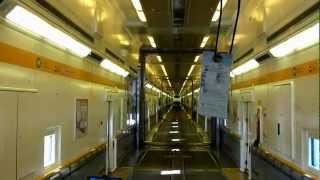 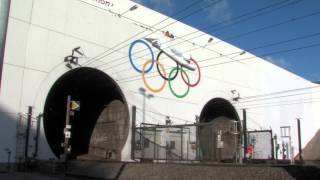 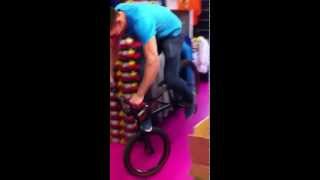 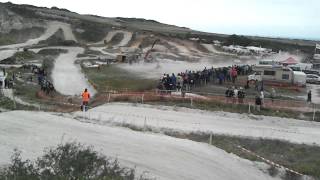 Calais-Fréthun is a mainline and international railway station in the suburbs of Calais, France, one of three stations serving the town, the other two are Calais-Ville in the town centre and Gare des Fontinettes in the suburbs. The station has four platforms, two on the high speed line for Eurostar services, and two for TGV long distance and TER Nord-Pas-de-Calais regional services.

The Siege of Calais (1940) was a battle for the port and town of Calais during the German blitzkrieg which overran northern France in 1940. It immediately preceded Operation Dynamo, the evacuation of the British Expeditionary Force through Dunkirk. It has long been a subject of debate whether the sacrifice of the largely British garrison at Calais contributed to the successful evacuation from Dunkirk.

Cité Europe is a shopping centre located next to the French terminal of the Channel Tunnel at Coquelles. Inaugurated on March 21, 1995, approximately 10 months after the Tunnel opened, Cité Europe has over 140 shops, a hypermarket, a 12-screen cinema complex and around twenty restaurants. Designed by architect Paul Andreu, it is intended to echo the design of the Tunnel. It is easily accessible by public transport, and has free parking for more than 4000 cars.

The Eurotunnel Calais Terminal is a railway terminal built for the transport of road-going vehicles on specially constructed trains through the Channel Tunnel. The terminal is one of two, with the Eurotunnel Folkestone Terminal located at Cheriton, near Folkestone.

These are some bigger and more relevant cities in the wider vivinity of Coquelles.