Lambersart
in North of Hauts-de-France, France

Lambersart in North (Hauts-de-France) with it's 28,613 habitants is a town located in France about 128 mi (or 206 km) north of Paris, the country's capital town.

Time in Lambersart is now 10:04 PM (Friday). The local timezone is named Europe / Paris with an UTC offset of 2 hours. We know of 13 airports closer to Lambersart, of which 5 are larger airports. The closest airport in France is Lille-Lesquin Airport in a distance of 7 mi (or 11 km), South-East. Besides the airports, there are other travel options available (check left side).

There are several Unesco world heritage sites nearby. The closest heritage site is Notre-Dame Cathedral in Tournai in Belgium at a distance of 16 mi (or 26 km). The closest in France is Nord-Pas de Calais Mining Basin in a distance of 26 mi (or 26 km), East. Also, if you like the game of golf, there are some options within driving distance. We saw 1 points of interest near this location. In need of a room? We compiled a list of available hotels close to the map centre further down the page.

Since you are here already, you might want to pay a visit to some of the following locations: Lille, Saint-Yvon, Mouscron, Ieper and Douai. To further explore this place, just scroll down and browse the available info. 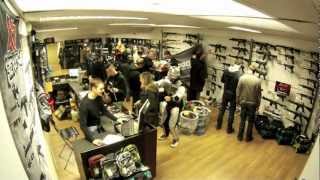 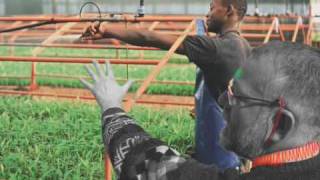 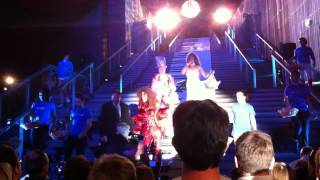 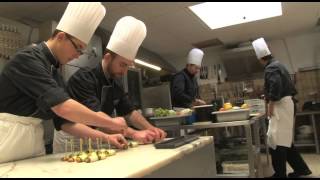 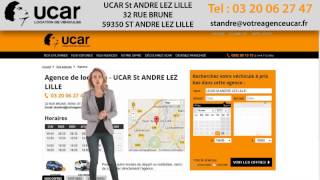 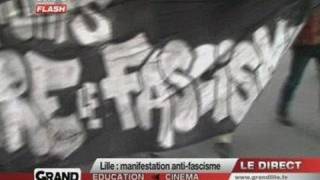 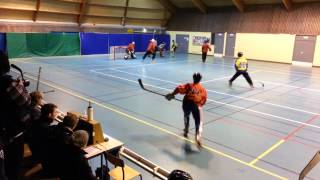 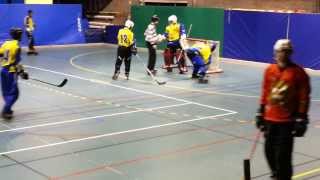 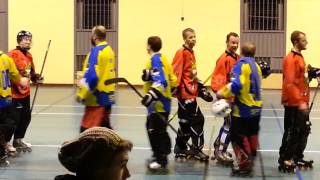 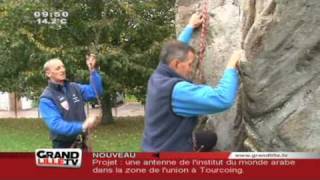 Stade Grimonprez-Jooris was a multi-purpose stadium in Lille, France built in 1974. It was used mainly for football matches as it was home to the Lille OSC football club from 1975 until 2004, when the stadium was closed. The club originally planned to have Grimonprez-Jooris redeveloped into a 33,000-seat stadium, but this proposal was rejected, and the Grand Stade Lille Métropole was constructed instead.

Stade Victor Boucquey is a multi-use stadium in Lille, France. It is currently used mostly for football matches. The stadium is able to hold 15,000 people. During the 1938 World Cup, it hosted one game.

The Citadel of Lille (French: Citadelle de Lille; Dutch: Citadel van Rijsel) is a pentagonal citadel of the city wall of Lille, in France. It was built around 1668. It hosts the Corps de réaction rapide France. Dubbed "Queen of the citadels" (Reine des citadelles) by Vauban, it is one of the most notable citadels designed by Vauban. It is remarkable for its size, the quality of the architecture, and the state of preservation today.

The Jardin botanique Nicolas Boulay is a botanical garden operated by the Faculty of Medicine at the Université Catholique de Lille, Lille, Nord, Nord-Pas-de-Calais, France. The garden is named in honor of Abbé Jean-Nicolas Boulay (1837-1905), and is one of three botanical gardens in Lille, the others being the Jardin des Plantes de Lille and the Jardin botanique de la Faculté de Pharmacie at the Université de Lille 2.

Esquermes is a former commune in the Nord department in northern France, since 1858 part of Lille.

Wazemmes is a former commune in the Nord department in northern France, merged into Lille in 1858.

IAE de Lille, also known as Institut d'Administration des Entreprises de Lille is the business school of Lille University of Science and Technology. It is also a component of the "Réseau des IAE", bringing together 33 similar business schools around France. Being one of the top French universities in management, school is highly internationalized and has an alumni network of 18,000 former students throughout the world. IAE Lille is situated in old town of Lille.

These are some bigger and more relevant cities in the wider vivinity of Lambersart.