Létraz
in Haute-Savoie of Auvergne-Rhône-Alpes, France

Létraz in Haute-Savoie (Auvergne-Rhône-Alpes) is located in France about 272 mi (or 437 km) south-east of Paris, the country's capital town.

Current time in Létraz is now 10:26 PM (Saturday). The local timezone is named Europe / Paris with an UTC offset of 2 hours. We know of 12 airports close to Létraz, of which 5 are larger airports. The closest airport in France is Annecy-Haute-Savoie-Mont Blanc Airport in a distance of 4 mi (or 7 km), North-West. Besides the airports, there are other travel options available (check left side).

While being here, you might want to pay a visit to some of the following locations: Annecy, Saint-Julien-en-Genevois, Albertville, Chancy and Geneva. To further explore this place, just scroll down and browse the available info. 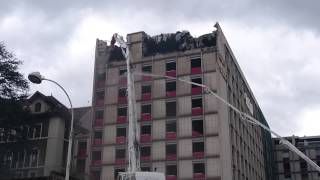 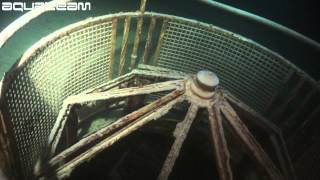 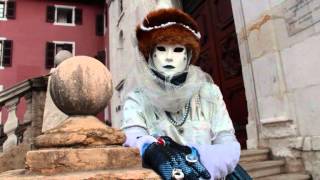 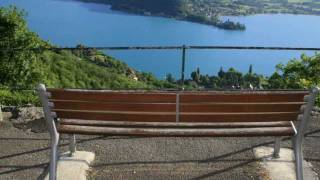 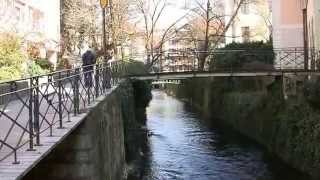 A short view of the old city by a visitor. 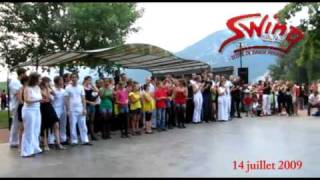 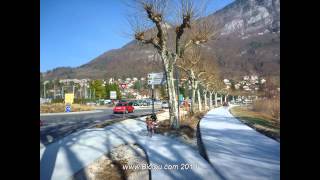 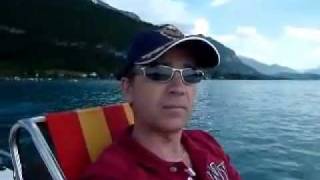 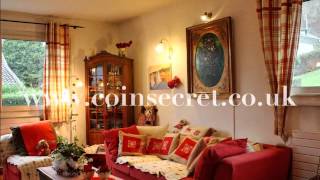 Holiday home in Sévrier for enjoyable holidays at Lake Annecy, Lakeview and close to beach and shops. Sleeps 7. http://www.coinsecret.co.uk/content/view/2089/90/ The holiday home offers... 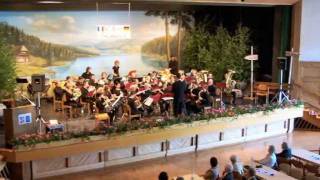 Lake Annecy (French Lac d'Annecy) is a perialpine lake in Haute-Savoie in France . It is the second largest lake in France, after the Lac du Bourget, if the French part of Lake Geneva (which is also partly in Switzerland) is excluded. It is known as "Europe's cleanest lake" because of strict environmental regulations introduced in the 1960s. It is a popular tourist destination known for its swimming and water sports.

Fonderie Paccard is a French foundry founded in 1796, which has cast more than 120,000 bells located throughout the world. The foundry has been continuously operated for seven generations by the Paccard family. The largest bell cast by Paccard is the World Peace Bell.

These are some bigger and more relevant cities in the wider vivinity of Létraz.

This place is known by different names. Here the ones we know:
Lettraz, Létraz