Local time in Ahau is now 04:06 AM (Monday). The local timezone is named Pacific / Fiji with an UTC offset of 12 hours. We know of 1 airports in the wider vicinity of Ahau. The closest airport in Fiji is Rotuma Airport in a distance of 2 mi (or 3 km), North-East. Besides the airports, there are other travel options available (check left side).

Depending on your travel schedule, you might want to pay a visit to some of the following locations: Funafuti, Labasa, , and . To further explore this place, just scroll down and browse the available info. 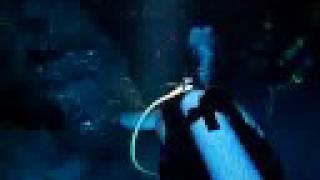 Thanks to my brother Bill for the dive and photoghraphy,Known as The Grotto we enter at a depth of 120 feet and take a fast turn and up, in one side out the other at 110 feet. 1st upload, not...

Rotuma is a Fijian dependency, consisting of Rotuma Island and nearby islets. The island group is home to a small but unique indigenous ethnic group which constitutes a recognisable minority within the population of Fiji, known as "Rotumans". Its population at the 2007 census was 2,002, although many Rotumans live on mainland Fijian islands, totaling 10,000.

Itu'ti'u is one of the seven districts on the island of Rotuma, a dependency of Fiji. Rotuma's capital, the village of Ahau, is located in this district. It also includes the villages of Savlei, Lau, Feavai, Tuakoi, Motusa, Ropure, Melsa'a, and Losa. Itu'ti'u is the largest district by area and by population.

Rotuma Airport is an airport serving the island of Rotuma in Fiji. It is located near Else'e, a village in the district of Malhaha. It is operated by Airports Fiji Limited.

These are some bigger and more relevant cities in the wider vivinity of Ahau.