Safety Score: 3,2 of 5.0 based on data from 9 authorites. Meaning please reconsider your need to travel to East Timor.

Dili in Vera Cruz (Díli) with it's 150,000 habitants is a city located in East Timor. It's the capital of this country.

Current time in Dili is now 05:07 PM (Monday). The local timezone is named Asia / Dili with an UTC offset of 9 hours. We know of 8 airports closer to Dili. The closest airport in East Timor is Presidente Nicolau Lobato International Airport in a distance of 3 mi (or 5 km), West. Besides the airports, there are other travel options available (check left side).

Since you are here already, you might want to pay a visit to some of the following locations: Aileu, Liquica, Ainaro, Manatuto and Same. To further explore this place, just scroll down and browse the available info. 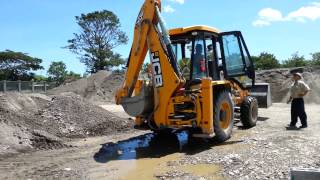 Stockpiling sand from Comoro River, Dili, East Timor This factory site is next to river. All the sand free of charge, just bring your own truck and loadup Wonder of Mother Nature Replacement... 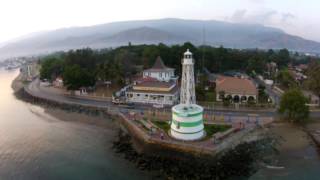 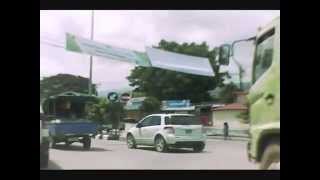 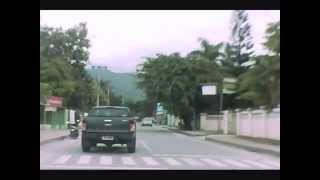 Driving through Dili, Timor-Leste on a lazy Sunday afternoon, we encountered hundreds of kids on bikes. Pedal power!

We encountered a pod of dolphins on our way back to Dili, Timor-Leste from Atauro Island! 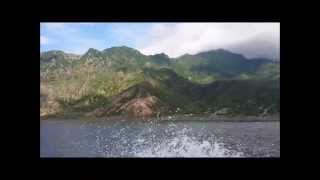 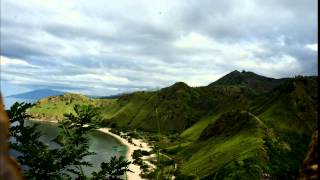 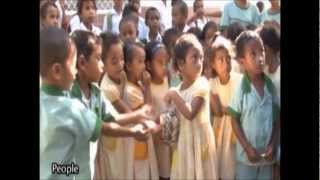 We invite you to Timor-Leste for the Rotary District 9550 conference in May 4 - 6 2013, and encourage you to spend time before or after conference to explore the history, the culture, the country...

National Stadium is a multi-purpose stadium in Dili, East Timor. It is used mostly for association football matches. The stadium holds 5,000, but has never hosted an international match. In 2002 The Dili stadium hosted Kylie Minogue and John Farnham as a reward for the Australians Serving in assisting towards independence. Until recently the stadium has been neglected in Dili and in 2006 housed thousands of East Timorese fleeing violence on the streets.

The Comoro River is a river in East Timor. It flows north into the Wetar Strait, reaching the sea to the west of the capital, Dili.

Cristo Rei of Dili is an 88.6-foot-high statue of Jesus located atop a globe in Dili, East Timor. The statue was designed by Mochamad Syailillah, who is better known as Bolil. The statue was officially unveiled by Suharto in 1996 as gift from the Indonesian government to the people of East Timor, which was at the time still a province. The statue is one of the main tourist attractions in East Timor.

The Immaculate Conception Cathedral, Dili is the main church of the Roman Catholic Diocese of Dili, East Timor.

Palácio de Lahane (Lahane Palace) is an historic building in East Timor. It was once the residence of the Portuguese governors of Portuguese Timor, including Governor Afonso de Castro (1859 to 1861 and from 1862 to 1863). It was located a mile south of the center of the colonial capital of Dili in the mountains. The residence is now a one-story, pink-colored building with octagonal towers at each corner.

These districts belong to Dili.

These are districts that are close by, but belong to a different city than Dili.

These are some bigger and more relevant cities in the wider vivinity of Dili.

These are the most popular locations in East Timor on Tripmondo.