Kastav in Kastav (Primorsko-Goranska Županija) with it's 2,047 habitants is a city located in Croatia about 84 mi (or 136 km) west of Zagreb, the country's capital town.

Current time in Kastav is now 11:01 AM (Tuesday). The local timezone is named Europe / Zagreb with an UTC offset of 2 hours. We know of 11 airports closer to Kastav, of which 4 are larger airports. The closest airport in Croatia is Rijeka Airport in a distance of 15 mi (or 25 km), South-East. Besides the airports, there are other travel options available (check left side).

There are several Unesco world heritage sites nearby. The closest heritage site is Škocjan Caves in Slovenia at a distance of 26 mi (or 42 km). The closest in Croatia is Episcopal Complex of the Euphrasian Basilica in the Historic Centre of Poreč in a distance of 38 mi (or 42 km), North-West. We saw 1 points of interest near this location. In need of a room? We compiled a list of available hotels close to the map centre further down the page.

Since you are here already, you might want to pay a visit to some of the following locations: Matulji, Opatija, Klana, Jelenje and Rijeka. To further explore this place, just scroll down and browse the available info. 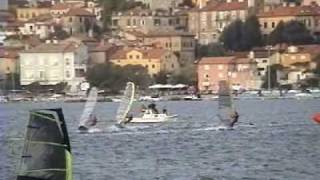 This is the final heat of 2006 Slalom windsurfing race at Bay of Preluk, near Volosko, Opatija, Croatia. The races are organized every year by local windsurfing club, DSNM Volosko, and are... 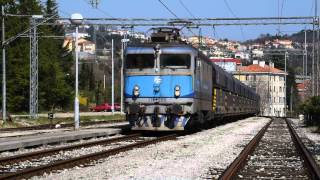 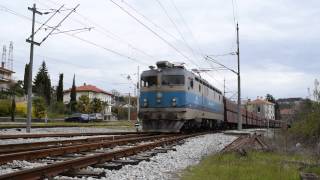 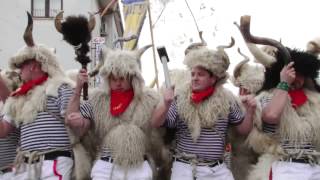 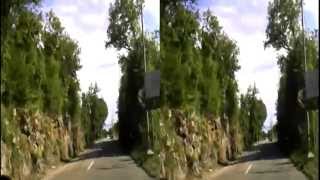 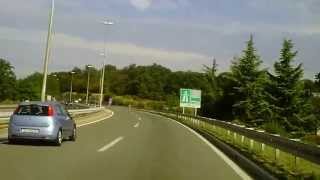 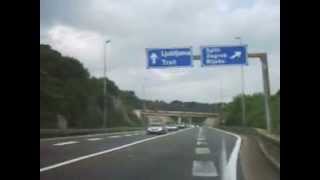 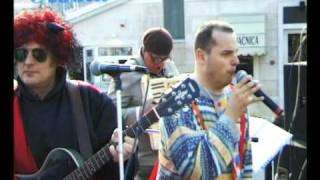 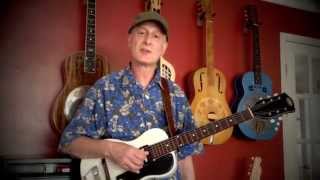 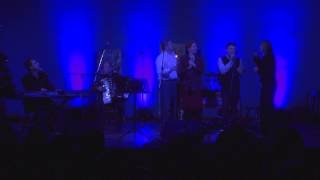 Stadion Kantrida is a football stadium in the Croatian city of Rijeka. It is named after the Kantrida neighborhood in which it is located, in the western part of the city. It has served as home of the football club HNK Rijeka since 1946. The stadium has a distinctive appearance as it is situated between steep cliffs just north of the stadium and the shore of the Adriatic on its south side.

Kastav is a historical town located about 10 km northwest of Rijeka and about 5 km northeast of Opatija in Primorje-Gorski Kotar County in Croatia.

Viškovo is a municipality in the Primorje-Gorski Kotar County in western Croatia. There are 8,907 inhabitants, with 85% Croats.

Opatija Circuit was a motorsport street circuit located in Opatija, Croatia. The circuit used the city streets of the seaside resort of Opatija between 1939 and 1977. It was known as the "Monaco" of the Grand Prix motorcycle racing circuit because of its spectacular views of the Adriatic Sea. The Opatija Circuit hosted sportscar races between 1950 and 1959, Formula Junior races in 1960, 1961 and 1963, and Formula 3 races between 1964 and 1968.

Jurdani is a village in Croatia.

Northern Croatian Littoral (Croatian: Sjeverno hrvatsko primorje) is a geographical macroregion of Croatia, comprising area between Dalmatia to its south, Mountainous Croatia to the northeast and east, Slovenia to its north and the Adriatic Sea to the west and southwest. The region encompasses entire Istria County and a large part of the Primorje-Gorski Kotar County, as well as a coastal part of the Lika-Senj County.

These are some bigger and more relevant cities in the wider vivinity of Kastav.