Kashgar in Xinjiang Uyghur Autonomous Region with it's 274,717 residents is a town located in China about 2,130 mi (or 3,428 km) west of Beijing, the country's capital place.

Time in Kashgar is now 07:54 PM (Thursday). The local timezone is named Asia / Shanghai with an UTC offset of 8 hours. We know of 1 airports nearby Kashgar. The closest airport in China is Kashgar Airport in a distance of 5 mi (or 8 km), North. Besides the airports, there are other travel options available (check left side).

Being here already, you might want to pay a visit to some of the following locations: Shule, Arzak, Longfu, Qiaoleipan and Aiximan. To further explore this place, just scroll down and browse the available info. 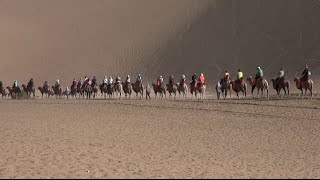 The chinese silk road (From Kashgar to Beijing) 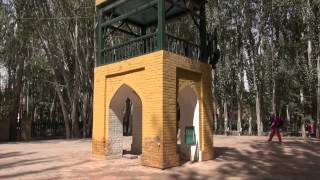 (EN) The IdKha mosque is a mosque located in Kashgar, Xinjiang, in western China. t is the largest mosque in China. Every Friday, it houses nearly 10000 worshippers and may accommodate up... 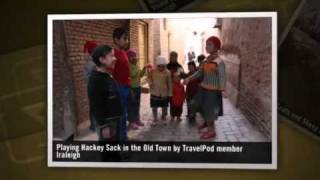 Preview of Lraleigh's blog at TravelPod. Read the full blog here: http://www.travelpod.com/travel-blog-entries/lraleigh/youarehere./1193918100/tpod.html This blog preview was made by TravelPod... 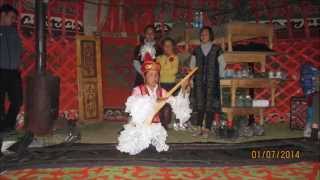 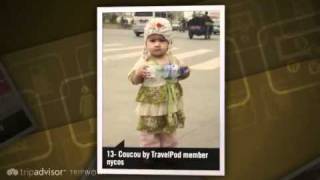 Preview of Nycos's blog at TravelPod. Read the full blog here: http://www.travelpod.com/travel-blog-entries/nycos/asie2006-2007/1178702160/tpod.html This blog preview was made by TravelPod... 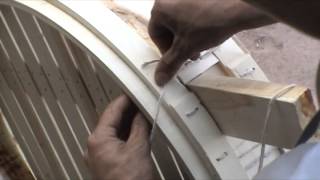 Kashgar craftsmen are concentrated around the main mosque. 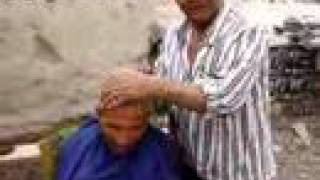 Barber about to shave a customer's head in a small town near Kashgar, Xinjiang Provence, China. 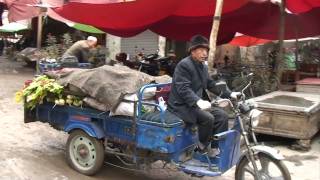 SEE KASHGAR, CHINA ON THE SILK ROAD IN HIGH DEFINITION. SEE LOCAL UIGHUR TRADESMEN WORKING THEIR TRADES AS THEY HAVE FOR CENTURIES. 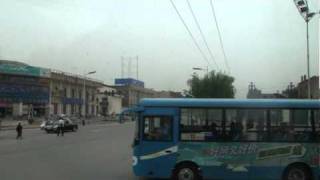 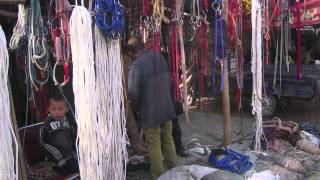 Take a walk through the sights of Kashgar's Livestock Market and wander the stalls of the consumer market on a Sunday. Enjoy!

Kaxgar (Kashi) Prefecture or Kashgar Prefecture is located in mid-western Xinjiang, China. It has an area of 112,057 km² and 3,979,362 inhabitants at the 2010 cenus with a population density of 36 inhabitants/km²). The capital of the prefecture is the city of Kashgar which has 400,225' inhabitants in its built up area.

The Afāq Khoja Mausoleum or Aba Khoja Mausoleum is the holiest Muslim site in Xinjiang. It is located some 5 km north-east from the centre of Kashgar City, in Haohan Village (浩罕村; Ayziret in Uyghur), which has also been known as Yaghdu.

Located at 39.4906, 76.0231 (Lat. / Lng.), about 2 miles away.
Wikipedia Article
Kashgar, Mausoleums in China, Dargahs, Buildings and structures in Xinjiang, Visitor attractions in Xinjiang

Kashgar or Kashi is an oasis county-level city with approximately 350,000 residents in the western extremity of the People's Republic of China, near the border with Tajikistan and Kyrgyzstan. Kashgar is the administrative centre of Kashgar Prefecture of the Xinjiang Uyghur Autonomous Region which has an area of 162,000 square kilometres and a population of approximately 3.5 million. The city's urban area covers 15 km, though its administrative area extends for 555 km .

These are some bigger and more relevant cities in the wider vivinity of Kashgar.