Yangjiajing in Shanghai Municipality is a city in China about 664 mi (or 1,068 km) south-east of Beijing, the country's capital city.

Local time in Yangjiajing is now 04:53 PM (Friday). The local timezone is named Asia / Shanghai with an UTC offset of 8 hours. We know of 8 airports in the vicinity of Yangjiajing, of which 4 are larger airports. The closest airport in China is Shanghai Hongqiao International Airport in a distance of 2 mi (or 3 km), North. Besides the airports, there are other travel options available (check left side).

There are two Unesco world heritage sites nearby. The closest heritage site in China is Classical Gardens of Suzhou in a distance of 53 mi (or 85 km), West. Looking for a place to stay? we compiled a list of available hotels close to the map centre further down the page.

When in this area, you might want to pay a visit to some of the following locations: Jiuting, Huacao, Xujing, Jiangqiao and Zhenxin. To further explore this place, just scroll down and browse the available info. 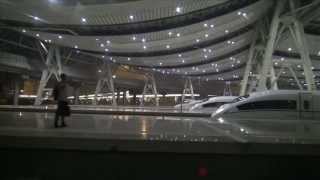 We travelled to the Northern city of Beijing, the Capital of China from Shanghai. Taking the high speed line can take just 4 hours and a half if you get the fastest train. Ours took just... 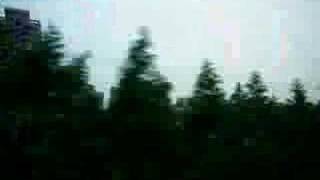 The train is leaving from Shanghai to Hong Kong... In Shanghai you really understood what a REALLY big city looks like... 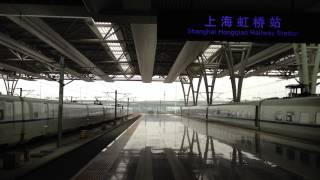 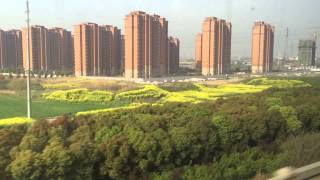 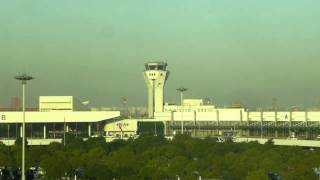 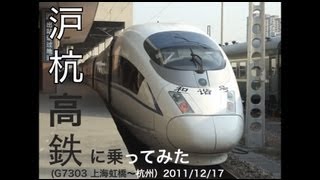 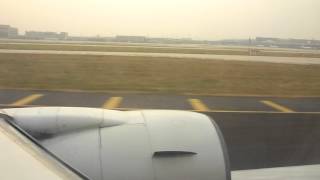 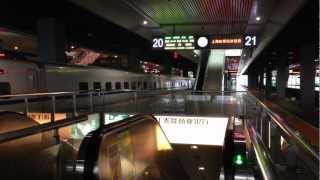 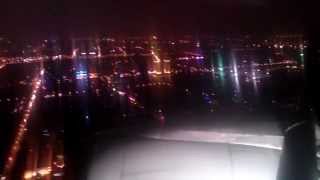 China Eastern Airlines Airbus A320 from Jieyang Chaoshan (SWA) is approaching to Shanghai Hongqiao. Because of the bad weather and the poor ability of my camera, I'm sorry the movie was not... 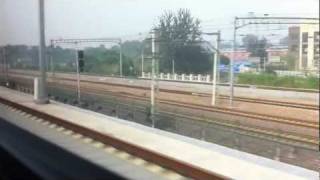 Detailed 19 minute Video Report on board the train G1 from Beijing South to Shanghai Hongqiao Station on the Jinghu High-Speed Railway.

Shanghai Hongqiao International Airport is the main domestic airport serving Shanghai, with limited international flights. It is located near the town of Hongqiao in Changning District, 13 kilometres west of downtown, and is closer to the city center than Pudong Airport, Shanghai's main international airport. Hongqiao Airport is a hub for China Eastern Airlines, Shanghai Airlines, Juneyao Airlines and Spring Airlines.

The German School Shanghai is a private school which was established in 1995 for expatriate German pupils. With ca. 1300 pupils the school is the largest German School in China and the largest of its kind worldwide. Academics are based on education in Germany, finishing with the Abitur.

Hongqiao Airport Terminal 2 Station is an interchange station between Line 2 and Line 10 on the Shanghai Metro. The Line 2 portion opened on March 16, 2010, and the Line 10 part opened on November 30, 2010. The metro station is located near Terminal 2 of Hongqiao International Airport and the nearby high-speed railway station of the same name, which opened on July 1, 2010. A future station on the Maglev Line is also planned near this station.

Qibao is the name of an underground station on Shanghai Metro Line 9. It is located in Qibao Town, near a popular tourist attraction, Qibao Old Street. The station, situated at the cross of Caobao Road and Qixing Road, significantly facilitates traveling in the area. It's become a focal point for the buses that shuttle among nearby residence blocks.

Zhongchun Road is a station on Shanghai Metro Line 9. It began operation on December 29, 2007. It is located in Qibao Town at Shanghai-Songjiang Highway and Zhongchun Road.

Hangzhong Road Station is a station on Line 10 of the Shanghai Metro. It entered operation in April 2010 and is the southern terminus of the branch line of Line 10.

These are some bigger and more relevant cities in the wider vivinity of Yangjiajing.

This place is known by different names. Here the ones we know:
Yangjiajing, 杨家泾