Wulaocun in Jiangsu is located in China about 560 mi (or 902 km) south of Beijing, the country's capital town.

Current time in Wulaocun is now 10:41 PM (Tuesday). The local timezone is named Asia / Shanghai with an UTC offset of 8 hours. We know of 10 airports close to Wulaocun, of which 3 are larger airports. The closest airport in China is Nanjing Lukou Airport in a distance of 21 mi (or 33 km), South. Besides the airports, there are other travel options available (check left side).

There is one Unesco world heritage site nearby. It's Classical Gardens of Suzhou in a distance of 109 mi (or 176 km), South-East. If you need a hotel, we compiled a list of available hotels close to the map centre further down the page.

While being here, you might want to pay a visit to some of the following locations: Meiyuan Xincun, Qinhong, Nanjing, Binhu and Ningnan. To further explore this place, just scroll down and browse the available info. 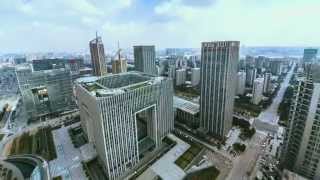 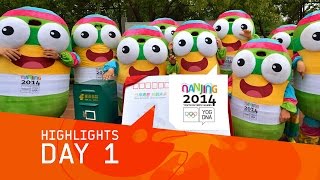 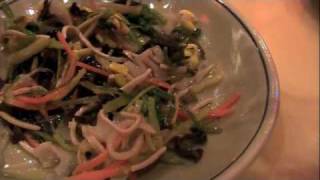 Lunch At A Traditional Nanjing Restaurant

http://www.TravelsWithSheila.com Love Chinese food and had a great lunch at Dai Pai Dang Restaurant in Nanjing. This traditional Chinese restaurant calls itself "food heaven" and is decorated... 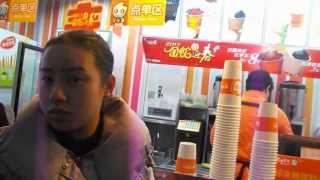 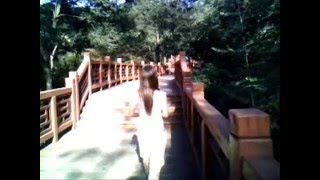 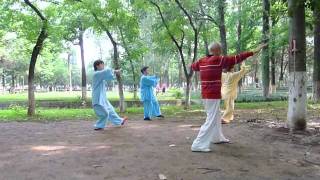 In the Mingguogong park in Nanjing the chinese dance, play mahjong, fly kites, dance the tango and practice their tai chi. 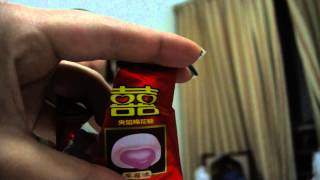 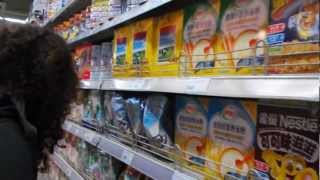 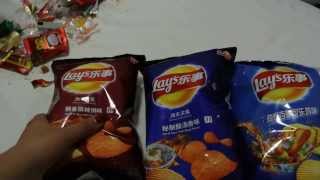 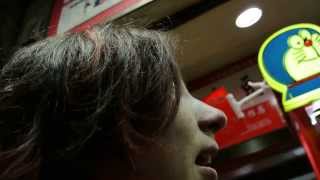 New Century Plaza Tower A is a 255.2 metre (837 foot) tall skyscraper located in Nanjing, China. The tower is under construction as of April 2006 however is topped out making it the 89th tallest existing building in the world when measured up to the highest architectural point which is the spire. The tower is part of the New Century Plaza complex which features two towers.

The Presidential Palace in Nanjing, China, housed the Office of the President of the Republic of China before the republic relocated to Taiwan in 1949. It is now a museum, the China Modern History Museum. It is located at 292 Changjiang Road, in the Xuanwu District of Nanjing.

Xu Garden, also called '"Xi Hua Yuan"' (西花园), or literally, "West Flower Garden", is a famed classical garden in South China. Together with "Zhan Yuan" (瞻园), they are called two prominent gardens in Jinling (alternate name for Nanjing). It is located on 292 Changjiang Rd. , Nanjing, Jiangsu Province, west side of Heavenly King Palace Relic of Taiping Kingdom. It's incorporated into the President House.

Located at 32.0451, 118.792 (Lat. / Lng.), about 1 miles away.
Wikipedia Article
Gardens in China, Buildings and structures in Nanjing, Visitor attractions in Nanjing

Nanjing Library is the third largest library in China with over 7 million items. It houses important scientific, cultural and arts literature relating to Jiangsu province and other national historical records such as ancient Chinese and foreign publications. The library contains 1.6 million ancient books and 100,000 volumes of books, documents and manuscripts dating from the Tang Dynasty to the Ming Dynasty.

Located at 32.0439, 118.79 (Lat. / Lng.), about 1 miles away.
Wikipedia Article
Buildings and structures in Nanjing, Libraries in Nanjing, Education in Nanjing

The John Rabe House (拉贝故居), located at Xiaofenqiao No. 1 (小粉桥1号) in Nanjing, was where John Rabe, former Siemens China Representative and Chairman of the International Committee for the Nanking Safety Zone, resided from 1932 to 1938. Today it accommodates the “John Rabe and International Safety Zone Memorial Hall” and the “John Rabe Research and Exchange Centre for Peace and Reconciliation. ” The John Rabe House is located in the center of Nanjing, on the campus of Nanjing University.

Zhan Yuan Garden is a botanical garden, located on No. 128 Zhan Yuan Road, beside Fu Zi Temple, Nanjing, Jiangsu Province, The first garden on this site was built during the early Ming Dynasty by General Xu Da. It was destroyed during the uprising of Tai Ping Tian Guo, but rebuilt during the Qing Dynasty. It was visited by the Quinlong emperor and was restored in the last century sometime after 1949, with the southern 'mountain' added in 1960.

Located at 32.0224, 118.78 (Lat. / Lng.), about 1 miles away.
Wikipedia Article
Gardens in China, Buildings and structures in Nanjing, Visitor attractions in Nanjing

Xinjiekou Station is the name of an interchange station between Line 1 and Line 2 of the Nanjing Metro. It is located in Xinjiekou, the central business and commercial district of Nanjing.

The Centre Hotel building, which was built in the late 1920s, is located at No.237, Zhongshan East Road, Nanjing, China, and it is still called the Centre Hotel today. Facing south, the 3-storey Centre Hotel is a hybrid structure building designed in Western style, covering an area of 5650 square metres and the gross floor area is 10057 square metres.

Nanjing Great Hall of the People

The Nanjing Great Hall of the People, which serves as National Theatre of Drama and Music and Art Gallery, was built in 1936, and is located at No. 264, Changjiang Road, Xuanwu District, Nanjing, Jiangsu Province, China. The gross floor area being 5,100 square metres, the hall was built up of reinforced concrete with 4 storeys, facing south. Its original name was the National Great Hall and the hall was renamed in 1949.

These are some bigger and more relevant cities in the wider vivinity of Wulaocun.