Nanping in Guangdong is a town located in China about 1,233 mi (or 1,985 km) south of Beijing, the country's capital town.

Time in Nanping is now 09:51 AM (Wednesday). The local timezone is named Asia / Shanghai with an UTC offset of 8 hours. We know of 7 airports closer to Nanping, of which 4 are larger airports. The closest is airport we know is Macau International Airport in Macao in a distance of 8 mi (or 13 km). The closest airport in China is Zhuhai Airport in a distance of 17 mi (or 13 km), South-East. Besides the airports, there are other travel options available (check left side).

There are two Unesco world heritage sites nearby. The closest heritage site in China is Historic Centre of Macao in a distance of 3 mi (or 6 km), South-East. In need of a room? We compiled a list of available hotels close to the map centre further down the page.

Since you are here already, you might want to pay a visit to some of the following locations: Qianshan, Wanzai, Tanzhou, Macau and Jida. To further explore this place, just scroll down and browse the available info. 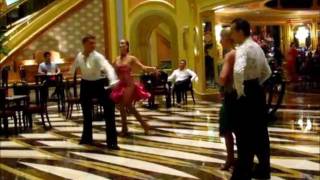 Macau id the Las Vegas of China. It is a specially administerd zone that was originally under Portugal control and hence Casinos were allowed.Today it is a heaven for gamblers and also a tourist... 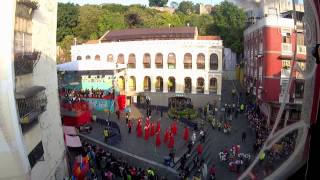 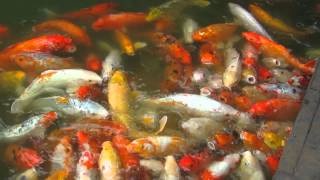 Some of the largest koi fish imaginable. 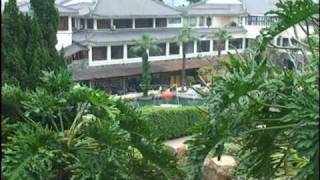 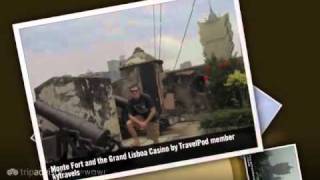 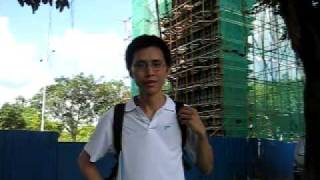 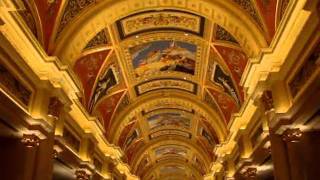 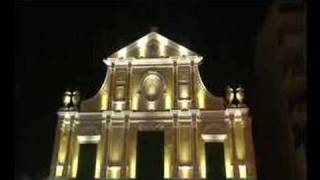 Iluminação do Largo do Senado am 2008. Ano do Rato. 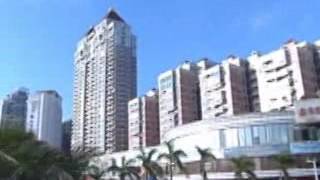 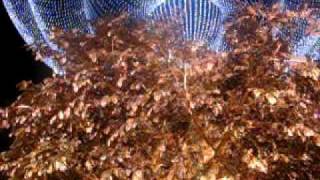 The Historic Centre of Macao, also known as the Historic Centre of Macau (Chinese: 澳門歷史城區; Portuguese: O Centro Histórico de Macau), is a collection of over twenty locations that witness the unique assimilation and co-existence of Chinese and Portuguese cultures in Macau, a former Portuguese colony. It represents the architectural legacies of the city's cultural heritage, including monuments such as urban squares, streetscapes, churches and temples.

A-Ma Temple, situated on the southwest tip of the Macau Peninsula, is one of the oldest and most famous Taoist temples in Macau. Built in 1488, the temple is dedicated to Matsu, the goddess of seafarers and fishermen. The name Macau is thought to be derived from the name of the temple. It is said that when the Portuguese sailors landed at the coast just outside the temple and asked the name of the place, the natives replied "媽閣". The Portuguese then named the peninsula "Macao".

Sir Robert Ho Tung Library (Portuguese: Biblioteca Sir Robert Ho Tung; Chinese: 何東圖書館) is a public library in Macau, China. It is located in St. Augustine’s Square in the Historic Centre of Macau, a UNESCO world heritage site. The library is housed in a mansion that has good historical, cultural and architectural value.

Dom Pedro V Theatre, situated at Largo de Santo Agostinho, Macau, is one of the first western-style theatres in China. The theatre is an important landmark in the region and remains a venue for important public events and celebrations today. The Dom Pedro V Theatre was built in 1860 by local Portuguese to commemorate their reigning king, Peter V. The theatre is neo-classical in design, incorporating a portico front on a rectilinear plan.

Xiangzhou District is a district of Guangdong Province, China. It is located at the southwest corner of the Pearl River Delta. The district is the political, financial, transit, and cultural center of Zhuhai City.

St. Joseph's Seminary and Church is located in Macau. In 2005, the church became one of the designated sites of the Historic Centre of Macau enlisted on the UNESCO World Heritage List.

These are some bigger and more relevant cities in the wider vivinity of Nanping.

This place is known by different names. Here the ones we know:
Nanping, Nanping Zhen, 南屏镇, 南屏