Time in Guangzhou is now 06:21 PM (Wednesday). The local timezone is named Asia / Shanghai with an UTC offset of 8 hours. We know of 7 airports closer to Guangzhou, of which 4 are larger airports. The closest airport in China is Guangzhou Baiyun International Airport in a distance of 19 mi (or 31 km), North. Besides the airports, there are other travel options available (check left side).

There are two Unesco world heritage sites nearby. The closest heritage site in China is Historic Centre of Macao in a distance of 66 mi (or 107 km), South. In need of a room? We compiled a list of available hotels close to the map centre further down the page.

Since you are here already, you might want to pay a visit to some of the following locations: Huadi, Dongjiao, Dongsha, Dongsha and Tongde. To further explore this place, just scroll down and browse the available info. 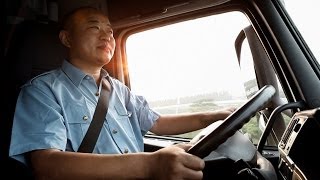 Mr. Liu is a truck driver from China. As the national Volvo Trucks Fuelwatch champion he is about to leave his country for the first time and compete in the Asia Pacific finals in Australia.... 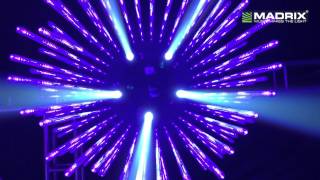 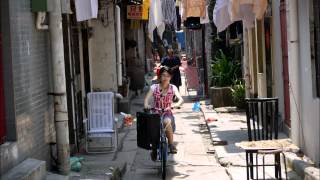 广州 Guǎngzhōu - Portrait of a City

A booming city of 13 million people in the south China province of Guangdong. In the era of tea clippers, Guangzhou was known as Canton and rapidly grew as a port. The city is at the apex... 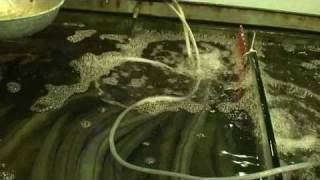 Had a fantastic seafood dinner at the Guang Zhou Hong Xing Seafood Restaurant in Guangzhou, China courtesy of Mae's and Wanda's cousin Jin Zheng - May 8, 2009. The restaurant had a wide ... 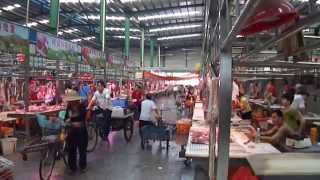 On the outskirts of the city is a wholesale market. This is the meat section. Many animals were killed in this production. Raw footage of China as it is. 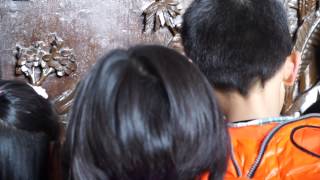 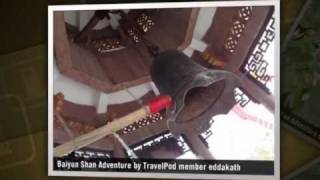 Preview of Eddakath's blog at TravelPod. Read the full blog here: http://www.travelpod.com/travel-blog-entries/eddakath/life_in_china/1232546700/tpod.html This blog preview was made by TravelPod... 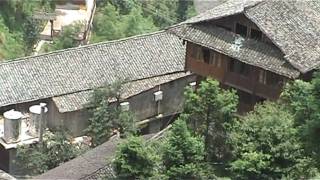 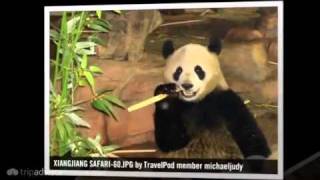 Preview of Michaeljudy's blog at TravelPod. Read the full blog here: http://www.travelpod.com/travel-blog-entries/michaeljudy/9/1207864500/tpod.html This blog preview was made by TravelPod... 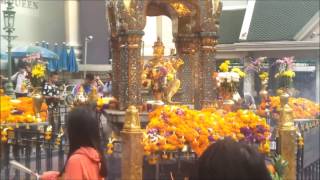 Guangzhou is the capital and largest city of the Guangdong province, People's Republic of China. Located on the Pearl River, about 120 km north-northwest of Hong Kong and north-northeast of Macau, Guangzhou is a key national transportation hub and trading port. One of the five National Central Cities, it holds sub-provincial administrative status. Guangzhou is the third largest Chinese city and southern China's largest city. As of the 2010 census, the city had a population of 12.78 million.

Located at 23.1289, 113.259 (Lat. / Lng.), about 1 miles away.
Wikipedia Article, Homepage
214 BC establishments, Guangzhou, Provincial capitals in China, Sub-provincial cities in the People's Republic of China, Treaty of Nanking

Shamian Island, formerly known as Shameen Island or Shamin Island, from its Cantonese pronunciation, is a sandbank island in the Liwan District of Guangzhou city, Guangdong province, China. The island's name literally means "sandy surface" in Chinese. The territory was divided into two concessions given to France and the United Kingdom by the Qing government in the 19th century.

Located at 23.1094, 113.239 (Lat. / Lng.), about 1 miles away.
Wikipedia Article
Islands of Guangzhou, Islands of the Pearl River, Concessions in China, Visitor attractions in Guangzhou

Temple of the Six Banyan Trees

The Temple of the Six Banyan Trees is an ancient Buddhist temple originally built in 537 in the Liang Dynasty in Guangzhou, southern China. The temple's proximity to foreign consulates in Guangzhou has made it a regular destination for families participating in the international adoption of children from China. Typically families receive blessings for their newly adopted children at this temple in front of the statue of Kuan Yin.

The Cathedral of the Sacred Heart of Jesus (耶穌聖心主教座堂) also known as Stone House (石室) by local, is a Roman Catholic cathedral in Guangzhou (Canton), South China. It is the seat of the Archbishop of Roman Catholic Archdiocese of Guangzhou (Canton). The cathedral is located at 56 Yide Lu (or Yat Tak Road), Guangzhou. It is on the north bank of the Pearl River and stands at the heart of the busy old town.

Guangxiao Temple (Chinese: 光孝寺; pinyin: Guāngxiào Sì, historically known as Temple of Bright Filial Piety or Kwong Hau Temple) on Guangxiao Road is one of the oldest Buddhist temples in Guangzhou, Guangdong province, China. It was the mansion of Prince Zhao Jiande of the Nanyue Kingdom during the Western Han Dynasty (206 B.C. -A.D.24).

The Huaisheng Mosque, also known as the Lighthouse Mosque, is the main mosque of Guangzhou. Rebuilt many times over its history, it is traditionally thought to have been originally built over 1,300 years ago, which would make it one of the oldest mosques in the world. It was named in memory of Prophet Muhammad. The most unusual (in the Chinese context) feature of the mosque is its "calling tower" (minaret). The round tower is 36 meters tall with a pointed tip.

Located at 23.1254, 113.254 (Lat. / Lng.), about 1 miles away.
Wikipedia Article
Buildings and structures in Guangzhou, Mosques in China, Yuexiu District, Visitor attractions in Guangzhou

The Thirteen Factories was an area of Canton (Guangzhou), China, where the first foreign trade was allowed in the 18th century since the hai jin （海禁）ban on maritime activities. It is also referred to as the "Thirteen Hongs" or the "Canton Factories". The site where the factories stood is now Wenhua Park, and Thirteen Hong Street, onto which the factories backed is now named Shisanhang Road.

The Roman Catholic Archdiocese of Guangzhou(Canton) Latin: Coamceuven(sis), Chinese: 廣州 is an archdiocese located in the city of Guangzhou in China.

Haizhu Square Station is a station of Line 2 of the Guangzhou Metro. It started operations in 29 December 2002. It was situated at the underground of Guangzhou Qiyi Road, Yide Road and Taikang Road in Yuexiu District. It is near Haizhu Square, Guangzhou Hotel and Hotel Canton Landmark.

The Guangzhou Boji Hospital, Ophthalmic Hospital in Canton also known as the Canton Pok Tsai Hospital (廣州博濟醫院) was a hospital in Guangzhou, Guangdong, China founded in November 4, 1835 by Peter Parker as an Ophthalmic hospital. In about 1854, John Glasgow Kerr became its director. In 1886 the hospital education program was attended by Sun yat-sen. Today it is the Second Affiliated Hospital of Sun Yat-sen University. It is a tertiary referral hospital.

The Chen Clan Academy is an academic temple in Guangzhou (Canton), China built by the 72 Chen (It is usually romanised as Chan in Cantonese) clans for their juniors' accommodation and preparation for the imperial examinations in 1894 in Qing Dynasty. Later it was changed to be the Chen Clan’s Industry College, and then middle schools afterward. Now it houses the Guangdong Folk Art Museum (广东民间工艺博物馆).

These are some bigger and more relevant cities in the wider vivinity of Guangzhou.