Parc-Glenwood
in Outaouais of Québec, Canada

Parc-Glenwood in Outaouais (Québec) is a city in Canada a little west of Ottawa, the country's capital.

Local time in Parc-Glenwood is now 04:28 PM (Saturday). The local timezone is named America / Toronto with an UTC offset of -4 hours. We know of 8 airports in the vicinity of Parc-Glenwood, of which 4 are larger airports. The closest airport in Canada is Ottawa Macdonald-Cartier International Airport in a distance of 10 mi (or 15 km), South-East. Besides the airports, there are other travel options available (check left side).

There is one Unesco world heritage site nearby. It's Rideau Canal in a distance of 83 mi (or 133 km), East. Also, if you like golfing, there are multiple options in driving distance. If you need a place to sleep, we compiled a list of available hotels close to the map centre further down the page. 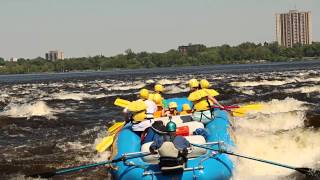 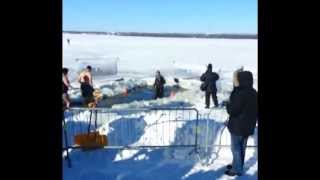 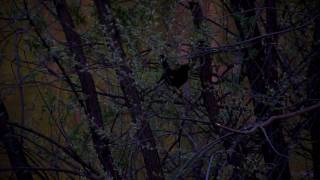 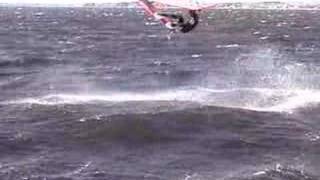 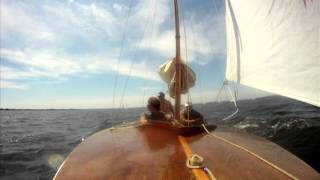 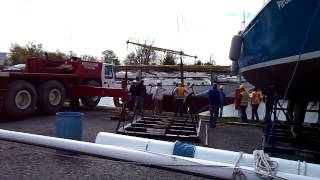 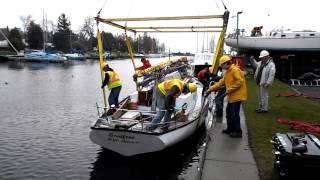 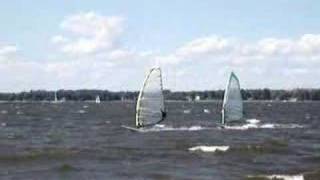 Windsurfing on the Ottawa river 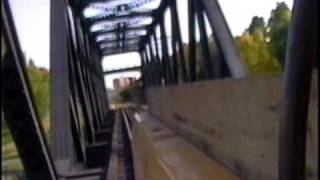 This video shows the South Bound view of the Prince of Wales Railway via a high rail inspection truck. The voices of Perry Huneault, Canadian Pacific Railway maintenance of way foreman, driving... 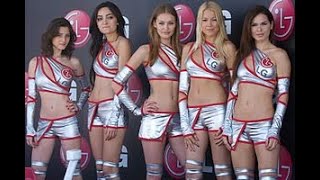 The Nepean Sailing Club is located on Lac Deschênes in Ottawa, Canada. The club is based in Dick Bell park, along Carling Avenue, adjacent to Andrew Haydon Park.

Located at 45.3539, -75.8241 (Lat. / Lng.), about 3 miles away.
Wikipedia Article, Homepage
Private clubs, Yacht clubs in Canada, Sport in Ottawa, Images of Ottawa, Buildings and structures in Ottawa, Culture of Ottawa, Education in Ottawa, Geography of Ottawa, Organizations based in Ottawa, Sports venues in Ottawa

For other uses, see Crystal Beach (disambiguation) Crystal Beach is a community located on the west side of Ottawa, Ontario, Canada. Its boundaries can broadly be described as Carling Avenue to the North, Moodie Drive to the West, and Corkstown Road to the South and East. Crystal Beach was established in the late 1950s and early 1960s. Primarily developed by Minto Developments Inc.

Michele Heights is a small neighbourhood located in Ottawa, Ontario. Located in the west end of the city, it is bounded by Bayshore Drive in the west, the Ottawa River to the north, Pinecrest Road to the east and Richmond Road to the south. The neighborhood, along with nearby Britannia, Bayshore, Fairfield Heights, Lincoln Heights and Foster Farm is known to have one of the highest crime rates in the city due notably of the presence of some gang groups.

Bay Ward is a municipal ward in Ottawa, Canada. It covers much of the western portion of the old city of Ottawa as well as some portions of what was once Nepean. The ward runs from Sherbourne and Maitland in the east to March Road in the west. The southern border in the Queensway while the northern border is the Ottawa River. The ward makes up the northern portion of the federal and provincial riding of Ottawa West-Nepean.

Lac Deschênes is a 27-mile long lake on the Ottawa River that runs from the Chats Falls hydro dam near Fitzroy Harbour in the west to the Deschênes Rapids in the east. It is a little over two miles wide at its widest point and little more than a few hundred yards at its narrowest. The provincial border between Ontario and Quebec runs through the length of the lake with the City of Ottawa on its southern shore and the city of Gatineau on much of its northern shore.

The Britannia Yacht Club (BYC) is a private social club, yacht club and tennis club based in Britannia Ottawa, Ontario. It was founded in 1887 by a group of cottagers. The members have contributed to the sports of yachting and tennis. The non profit corporation is celebrating its 125th anniversary in 2012. The main entrance is on Cassels at Bradford Street. BYC is located on an extension of land at the eastern end of Lac Deschênes near the Deschênes Rapids on the Ottawa River.

These are some bigger and more relevant cities in the wider vivinity of Parc-Glenwood.

Jessi Cruickshank: Up Close And Too Personal
Starting at: 04:00 pm (16:00).
More Information: eventful.com.