Dorval
in Montréal of Québec, Canada

Current time in Dorval is now 06:42 AM (Saturday). The local timezone is named America / Toronto with an UTC offset of -4 hours. We know of 12 airports close to Dorval, of which 5 are larger airports. The closest airport in Canada is Montreal / Pierre Elliott Trudeau International Airport in a distance of 2 mi (or 3 km), North. Besides the airports, there are other travel options available (check left side).

There is one Unesco world heritage site nearby. It's Rideau Canal in a distance of 39 mi (or 63 km), South-West. Also, if you like playing golf, there are some options within driving distance. We encountered 2 points of interest near this location. If you need a hotel, we compiled a list of available hotels close to the map centre further down the page. 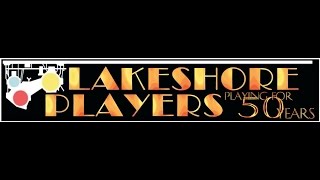 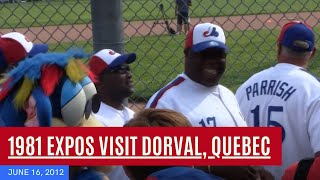 Many of the Montreal Expos 1981 team were in Dorval, Quebec on June 16, 2012 for the dedication of Gary Carter Field. The players also had a baseball clinic with young players and signed ... 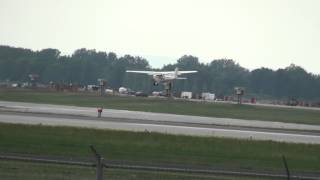 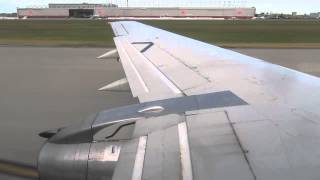 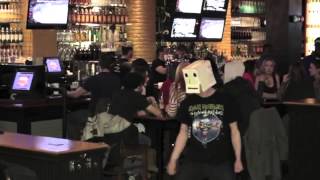 Jack Astors Dorval. Bust'n out the Harlem Shake. So we changed it up a bit...its what we do best. 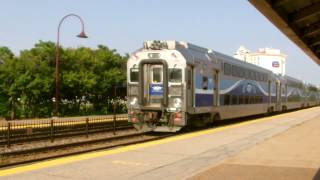 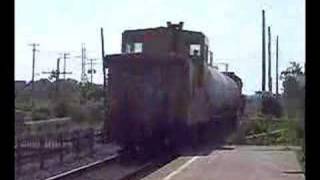 Lots of rail action on a sunday morning at Dorval train station. Much of the rolling stock seen here is typical of the Canadian railroad today across the country. 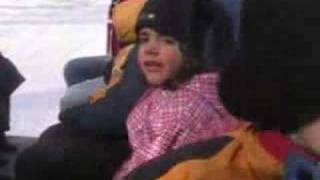 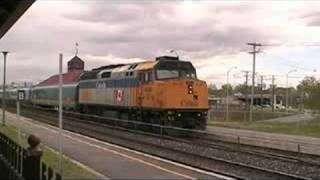 Video from Dorval on May 23 08. We start of with the departure of AMT F59PHI 1323 which has just brought me in from Montreal. Next up running side by side is a CP mixed freight behind two beat... 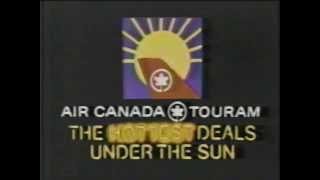 The West Island (in French, l'Ouest de l'île) is the unofficial name given to the cities, towns and boroughs at the western end of the Island of Montreal, in Quebec, Canada. It is generally considered to consist of the cities of Dorval, Pointe-Claire, Kirkland, Dollard-des-Ormeaux, Beaconsfield, Baie-D'Urfé, Sainte-Anne-de-Bellevue, the village of Senneville, and two boroughs of the city of Montreal: Pierrefonds-Roxboro and L'Île-Bizard–Sainte-Geneviève.

The Royal Saint Lawrence Yacht Club is a historic yacht club located in Dorval, Quebec on the shore of Lake St. Louis.

Dorval is an intermodal bus and commuter rail station in Dorval, Quebec, Canada. The AMT station and the VIA rail station are within walking distance of each other. The station is on the Vaudreuil-Hudson Line of the Agence métropolitaine de transport (AMT) the umbrella organization that plans, integrates, and coordinates public transportation services in the Greater Montreal, Quebec, Canada area. Dorval is in Fare Zone 2, and this station currently has 402 parking spaces.

Les Jardins Dorval (called Dorval Gardens in English) is one of the oldest shopping centres in Quebec. It is situated in the Montreal suburb of Dorval, Quebec, and located on Dorval Avenue near Autoroute 20. It was built in 1954 by the Ivanhoe Corporation which remained its owner and manager until 2001.

Dorval is a Via Rail station in the city of Dorval, Quebec, Canada. It is adjacent to the Dorval AMT station which is operated by commuter train agency AMT, although the stations do not share any platforms. The two stations are within walking distance of each other. It is a stop for all trains on two Via Rail lines out of Montreal. A shuttle bus, known as "Air Connect", links the station to Montréal-Pierre Elliott Trudeau International Airport and is free of charge to Via Rail passengers.

Located at 45.4488, -73.7414 (Lat. / Lng.), about 1 miles away.
Wikipedia Article
Via Rail stations in Quebec, Railway stations in Montreal, Buildings and structures in Dorval, Transport in Dorval

Pine Beach is a commuter rail station on the AMT Vaudreuil-Hudson Line in the Pine Beach section of Dorval, Quebec, Canada.

These are some bigger and more relevant cities in the wider vivinity of Dorval.

International Conference And Expo On Proteomics And Metabolomics (Proteomic-2020)
Starting at: 04:00 am (04:00).
More Information: eventful.com.