Rideau Heights in Ontario is a place in Canada about 88 mi (or 142 km) south-west of Ottawa, the country's capital city.

Current time in Rideau Heights is now 03:19 PM (Saturday). The local timezone is named America / Toronto with an UTC offset of -4 hours. We know of 9 airports near Rideau Heights, of which 3 are larger airports. The closest airport in Canada is Kingston Norman Rogers Airport in a distance of 6 mi (or 10 km), South-West. Besides the airports, there are other travel options available (check left side).

Also, if you like playing golf, there are a few options in driving distance. We encountered 10 points of interest in the vicinity of this place. If you need a hotel, we compiled a list of available hotels close to the map centre further down the page.

While being here, you might want to pay a visit to some of the following locations: Watertown, Oswego, Lowville, Syracuse and Lyons. To further explore this place, just scroll down and browse the available info. 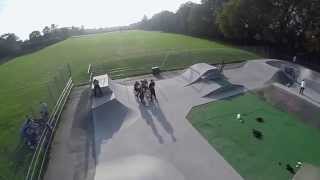 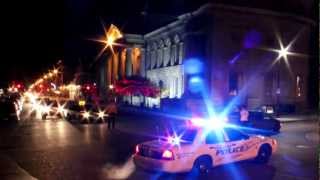 Be sure to watch in HD! This video is a cumulation of nearly 8000 photos that I took over a weekend visit to Kingston, ON for the annual CUCOH conference. These three minutes contain roughly... 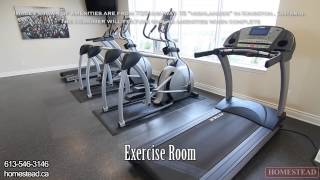 Located at 58 Leroy Grant Drive near the intersections of Princess, Bath, and Concession, The Herkimer encompasses every aspect of a perfect midtown home. The location boasts excellent access... 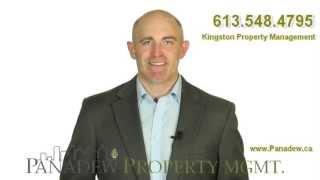 Kingston Property Management is http://www.panadew.ca If you have a Kingston home, apartment or other rental property and are looking for professional Kingston property managers, Panadew ... 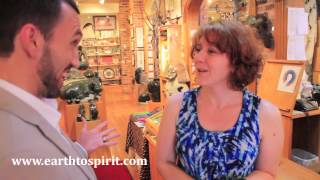 http://www.shotgunshow.com Unbeknownst to most Kingston Ontario residents and businesses, the Shotgun Show were recently creeping their streets. The Shotgun Show is an Internet phenomenon ... 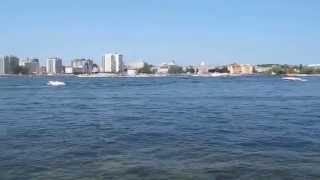 Start of the poker run in Kingston's Harbor.

In this video, you'll see my BootCamp Dog Odin and his first session on Remote Collar. You'll see the process of how I find a proper level to work on, how I use the vibrate function and spatial...

This video features Mya, a five year old dog who was adopted from a local shelter weeks before this was filmed. Mya's owner reports pulling and barking at people and dogs. This session was... 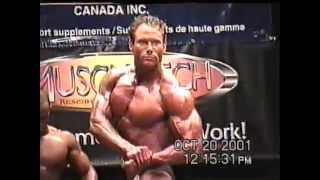 Pre-judging comparisons. I won the Heavies and the Overall. Kingston was the first bodybuilding show I saw and had always wanted to compete there. When I did I killed it! 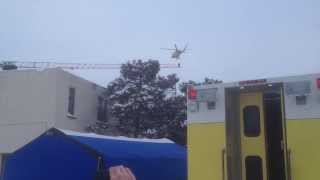 Crane operator saved from fire in Kingston, Ontario fire. The fire is continuing as firefighters try to put it out. Rescue helicopter from CFB Trenton flew in to save the operator stranded...

The International Hockey Hall of Fame (IHHOF) and Museum located in Kingston, Ontario, Canada, on the Kingston Memorial Centre grounds features many exhibits within their museum about the history of ice hockey.

The Kingston Memorial Centre is a 3,300-seat multi-purpose arena located at 303 York Street in Kingston, Ontario, Canada. Opening in 1951, the Kingston Community Memorial Health and Recreation Centre was designed as a community sports and entertainment centre that would become a "living memorial" in remembrance of Kingstonians who gave their life in both world wars and the Korean War (Planning Partnership-Hughes Downey Architects 2007, p.  5).

Anglin Bay is a small bay on the western shore of the Cataraqui River at Kingston, Ontario. It is a prominent feature of the Kingston, Ontario Inner Harbour. The Bay was named for the S. Anglin Fuel Company whose Company offices and mill were continuously located on the shore of the Bay from 1865 to 1999. The S.

Inner Harbour is a neighbourhood located in downtown Kingston, Ontario, Canada. The Inner Harbour district is bounded by Joseph Street to the north, Princess Street to the south, Division Street on the west and the Cataraqui River on the east. The area is within the King's Town District. The District is represented on Kingston City Council by Councillor Rob Hutchison for the 2010-14 term of office. The average family income for the area is $45,715 which is lower than the city average.

Providence Care is one of the three university hospitals in Kingston, Ontario affiliated with Queen's University. Providence Care is a not-for-profit organization governed by a volunteer Board of Directors and sponsored by the Catholic Health Corporation of Ontario. Providence Care specializes in rehabilitation, geriatric care, complex continuing care, specialized mental health care, palliative care, and long-term care.

Kingston Bus Terminal is the inter-city bus station in Kingston, Ontario, Canada. It is at 1175 John Counter Boulevard, adjoining the Kingston Transit head office and bus garage. This location is in the northern portion of Kingston near Highway 401, the main highway across Southern Ontario. Hours of opening are from 6:30am to 9:00pm daily and between 1:30am and 4:00am, for night bus service. Local buses operating in the area of the terminal are Kingston Transit Routes 2, 7, 18 and C.

These are some bigger and more relevant cities in the wider vivinity of Rideau Heights.

Devops Classroom Training In Kingston, ON
Starting at: 05:00 am (05:00).
More Information: eventful.com.