Oldcastle in Ontario is located in Canada about 423 mi (or 681 km) south-west of Ottawa, the country's capital town.

Current time in Oldcastle is now 06:31 AM (Saturday). The local timezone is named America / Toronto with an UTC offset of -5 hours. We know of 9 airports close to Oldcastle, of which 3 are larger airports. The closest airport in Canada is Windsor Airport in a distance of 3 mi (or 5 km), North. Besides the airports, there are other travel options available (check left side).

While being here, you might want to pay a visit to some of the following locations: Detroit, Mount Clemens, Pontiac, Monroe and Port Clinton. To further explore this place, just scroll down and browse the available info. 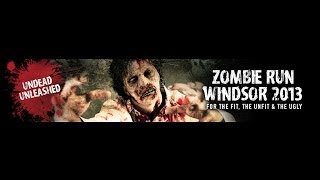 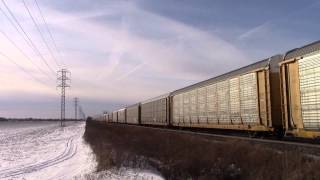 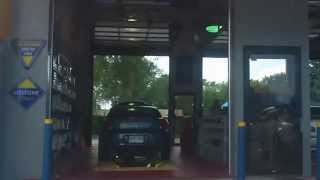 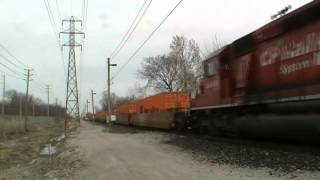 CBEF is a Canadian radio station, broadcasting at 1550 AM in Windsor, Ontario. It airs the programming of Radio-Canada's Première Chaîne network. CBEF was launched in 1970. The station also has a rebroadcast transmitter (CBEF-1-FM) in Leamington, on 103.1 FM.

Oldcastle is a small community of about 300-700 inhabitants located south of Windsor, Ontario Canada in the town of Tecumseh, Ontario. Roughly, the boundaries are as follows: North- Highway 3, East- the Chrysler Canada Greenway trail, South- County Rd. 8(Townline), West- Howard Ave. It is the starting point of the Chrysler Canada Greenway which is built on an old railway. It is home to Castle Beef, a favoured meat shop in the area.

The Chrysler Canada Greenway is a 42 km-long rail trail in Essex County, Ontario, stretching from Oldcastle, Ontario to Leamington, Ontario.

These are some bigger and more relevant cities in the wider vivinity of Oldcastle.