Alderwood in Ontario is located in Canada about 227 mi (or 365 km) south-west of Ottawa, the country's capital town.

Current time in Alderwood is now 10:37 PM (Friday). The local timezone is named America / Toronto with an UTC offset of -5 hours. We know of 11 airports close to Alderwood, of which 5 are larger airports. The closest airport in Canada is Lester B. Pearson International Airport in a distance of 7 mi (or 11 km), North-West. Besides the airports, there are other travel options available (check left side). 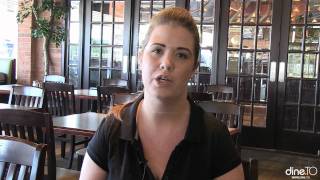 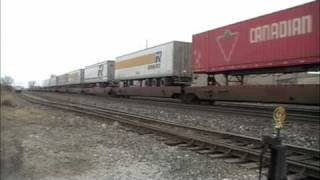 Me and Eric (yurysausage) set out for Index Rd., Etobicoke for some Galt Sub action and we were not disappointed. Watch as an Eastbound Expressway TOFC train heads underneath the 427 Expy.... 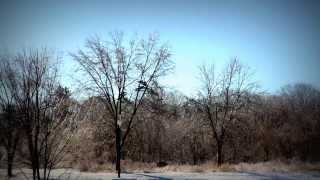 Christmas Time, year 2013 - Toronto, ON experienced the most incredible ice-storm. Many homes were left without heat and light for days. Many innocent gold fishes died in the dark coldness... 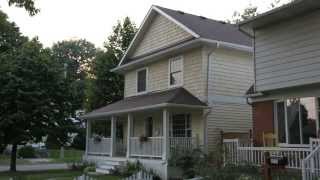 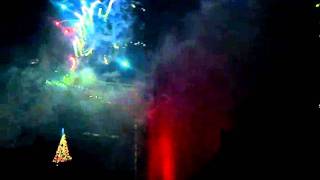 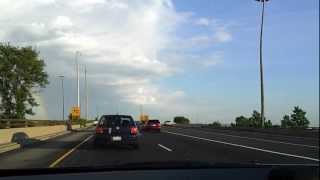 Driving under the rainbow

I've drove in the city under the rainbow ! The antishaking filter made it weird :) 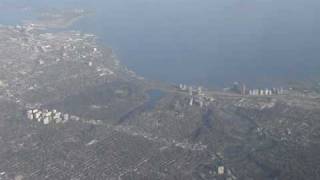 Aerial Panorama of metropolitan Toronto from the West, looking east and south east over the city from the left side of our Air Canada CRJ-100. 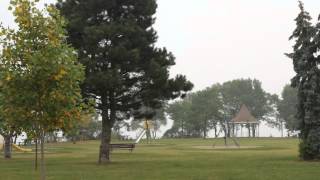 Real Estate agent Marina Gavrylyuk welcomes you for a tour in one of the most beautiful neighborhoods in Toronto - Long Branch. Parks, lovely beach, restaurants, tennis courts, schools, library,... 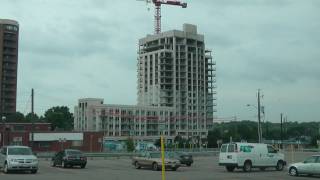 3865lakeshore.com - In addition, Aquaview offers multiple transportation options at it's doorstep. It is literally right across the street from the Long Branch GO Transit station in Etobicoke,... 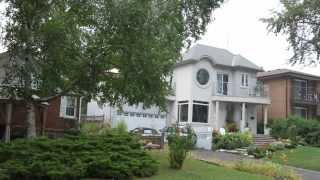 Real Estate agent Marina Gavrylyuk welcomes you for a tour in one of the most beautiful neighborhoods in Toronto - Long Branch. Parks, lovely beach, restaurants, tennis courts, schools, library,...

Long Branch GO Station is a GO Transit station in southwestern Toronto, in the community of Long Branch and one of many stations connecting to other transit agencies. The station is the last stop in Toronto for GO's Lakeshore West line trains, before they enter the City of Mississauga.

Sherway Gardens is a shopping complex which was originally built in 1971. The mall's original structure covered 850,000 square feet and contained 127 stores. Sherway Gardens was subsequently expanded to 972,540 square feet with 215 stores, becoming the eighth largest mall in the Greater Toronto Area. It is a terminus for several Toronto Transit Commission and MiWay bus routes.

Alderwood is a neighbourhood in the city of Toronto, Ontario, Canada. It is in the western section of Toronto, formerly the city of Etobicoke. It is bounded by the Etobicoke Creek to the west, the Gardiner Expressway to the north, the CPR railway to the east and the CNR railway to the south. Alderwood is named after Etobicoke, the municipality of which it originally was a part, which is a native word meaning 'place where the alder trees grow'.

James S. Bell JMS is a public elementary school in Etobicoke, Ontario, Canada. James S. Bell is part of the Toronto District School Board and serves the west end neighbourhood of Long Branch.

The Toronto Golf Club originated in 1876, and is the third oldest golf club in North America after Royal Montreal Golf Club (founded 1873), and the Royal-Quebec Golf Club (1875). It originated on a parcel of land known as the Fernhill property, which was included within the City of Toronto in the 1900s. In 1909, the Club obtained a new charter without share capital, and in this the original name of the Club, “The Toronto Golf Club”, was restored.

Dixie Outlet Mall, also referred to as Dixie Value Mall, is a shopping mall in Mississauga, Canada, located on the south side of the Queen Elizabeth Way highway. It is Canada's largest enclosed outlet mall. This outlet mall is known for its brand name outlets, including Guess, Mexx, Jacob, Tommy Hilfiger, Winners, Levis, Danier and much more. Dixie Outlet Mall is owned by Ivanhoe Cambridge, a Canadian firm.

Vincent Massey Public School is located at 68 Daisy Avenue West in Long Branch area of Toronto, Canada. This school has kindergarten through grade five. Opened in 1929 as Daisy Avenue Public School, it was closed by the then Etobicoke Board of Education in 1983, briefly operated as a private school and now as Vincent Massey Day Care and Nursery School. The older children go to neighbouring James S. Bell Middle School and Lakeshore Collegiate Institute.

These are some bigger and more relevant cities in the wider vivinity of Alderwood.

Big Data And Hadoop Developer Online Training In Mississauga, ON
Starting at: 04:00 am (04:00).
More Information: eventful.com.