Recife
in Recife of Pernambuco, Brazil

Local time in Recife is now 03:47 PM (Saturday). The local timezone is named America / Recife with an UTC offset of -3 hours. We know of 8 airports in the wider vicinity of Recife. The closest airport in Brazil is Guararapes - Gilberto Freyre International Airport in a distance of 6 mi (or 9 km), South-West. Besides the airports, there are other travel options available (check left side).

Depending on your travel schedule, you might want to pay a visit to some of the following locations: Jaboatao dos Guararapes, Sirinhaem, Rio Formoso, Ribeirao and Tamandare. To further explore this place, just scroll down and browse the available info. 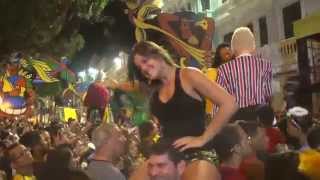 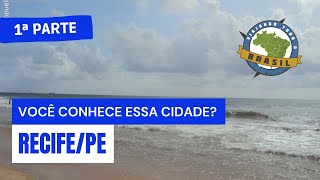 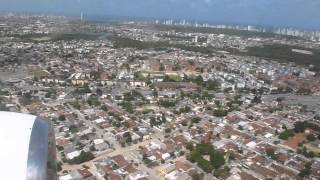 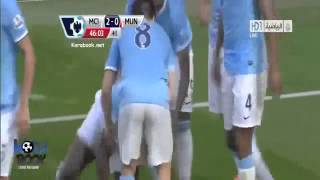 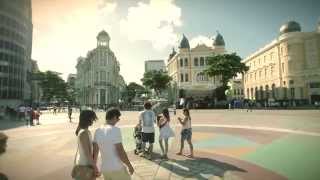 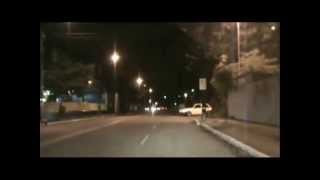 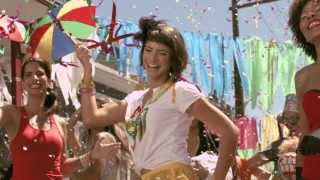 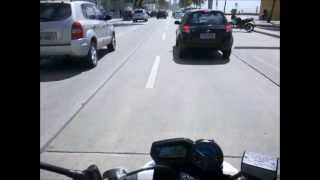 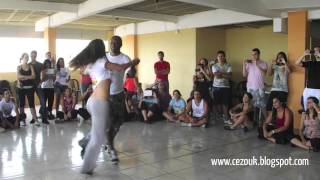 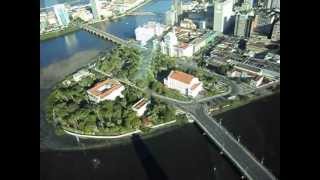 Recife Antigo (Old Recife) is the historical section of central Recife. It is located on the Island of Recife, near the Recife harbor. This historic area has been recently recovered and now holds several clubs, bars and a high-tech center called Porto Digital.

The Sport Club do Recife (known as Sport and Sport Recife, monogramo SCR) is a Brazilian sports club, located in the city of Recife, state of Pernambuco. It was founded on May 13, 1905, by a Pernambucano who lived for many years in England, called Guilherme de Aquino Fonseca, where he studied at Cambridge University, and returned to Pernambuco bringing a new passion for sport in this country, football.

Estádio Eládio de Barros Carvalho, also known as Estádio dos Aflitos, is a football (soccer) stadium located in Recife, Brazil. The stadium was built in 1939 and is able to hold 20,000 people. Estádio dos Aflitos is owned by Clube Náutico Capibaribe. The stadium is named after Eládio de Barros Carvalho, who was Náutico's president fourteen times. Aflitos is nicknamed this way because it is located in Nossa Senhora dos Aflitos neighborhood.

Boa Viagem is a neighborhood in the city of Recife, Pernambuco in the privileged southern zone of the town. The neighborhood has one of the most visited beaches in Northeastern Brazil, Boa Viagem beach. Thousands regularly gather on its wide sandy beaches that stretch for 8 km (5 mi). This is the longest stretch of urbanized seafront in Brazil; its coastal reef calms the waves and helps keep the water at 25°C (77ºF). Pina, Recife and Piedade, Jaboatão are the neighboring beaches.

Located at -8.05389, -34.8808 (Lat. / Lng.), about 0 miles away.
Wikipedia Article
Beaches of Brazil, Recife, Geography of Pernambuco, Neighbourhoods in Brazil, Visitor attractions in Pernambuco

Kahal Zur Israel, located in Recife, Brazil, was the first Jewish congregation in the New World. It was established by immigrants from the Netherlands and joined by New Christians who were already living in the colony. There is now a museum on this site of the oldest synagogue site in the Americas.

Located at -8.06131, -34.8713 (Lat. / Lng.), about 1 miles away.
Wikipedia Article
Synagogues in Brazil, Museums in Pernambuco, Jewish museums, Buildings and structures in Recife, Synagogues preserved as museums, History museums in Brazil

Santa Isabel Theater (Teatro de Santa Isabel in Portuguese) is located in the Brazilian city of Recife, capital of Pernambuco state. It was inaugurated on 18 May 1850, and seats 850 in the audience. Important artistic and political figures passed through the theater in the nineteenth century, including Castro Alves, Joaquim Nabuco and Emperor Pedro II of Brazil. The theater is located in Republic Square (Praça da República) in the district of Santo Antônio.

Malakoff Tower is a tower located in Recife Antigo, Recife. This monument was built between 1835 and 1855 to be used as an observatory and as the main entrance and gateway for Arsenal da Marinha (Navy Arsenals) square. It has been registered as a Historical Patrimony and was named after a similar monument on the Crimean peninsula, used as a defense center for Sevastopol on the Crimean war.

Located at -8.0608, -34.8708 (Lat. / Lng.), about 1 miles away.
Wikipedia Article
Astronomical observatories in Brazil, Buildings and structures in Recife, Science and technology in Brazil

Mirabilandia is the only fixed amusement park in the Northeast. It's located between Recife and Olinda. Its area is of 57.000 m². Mirabilandia operates three traveling parks in Brazil, called Universal park, Golden park and American park.

These districts belong to Recife.

These are some bigger and more relevant cities in the wider vivinity of Recife.