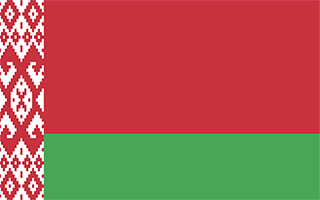 Safety Score: 4,9 of 5.0 based on data from 9 authorites. Meaning it is not safe to travel Belarus.

Minsk in Minsk City with it's 1,742,124 citizens is a place in Belarus. It's the capital of this country.

Current time in Minsk is now 06:11 PM (Sunday). The local timezone is named Europe / Minsk with an UTC offset of 3 hours. We know of 4 airports near Minsk, of which two are larger airports. The closest airport in Belarus is Minsk 1 Airport in a distance of 3 mi (or 4 km), South-West. Besides the airports, there are other travel options available (check left side).

There are two Unesco world heritage sites nearby. The closest heritage site in Belarus is Mir Castle Complex in a distance of 54 mi (or 88 km), South-West. If you need a hotel, we compiled a list of available hotels close to the map centre further down the page.

While being here, you might want to pay a visit to some of the following locations: Lahoysk, Horad Smalyavichy, Horad Zhodzina, Maladzyechna and Slutsk. To further explore this place, just scroll down and browse the available info. 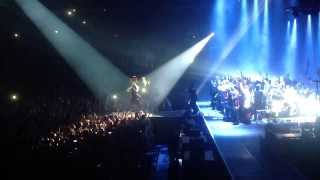 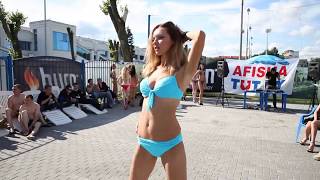 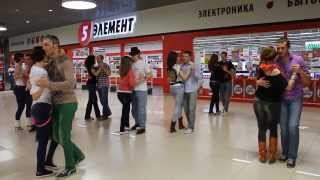 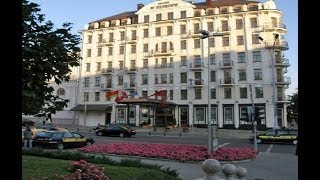 Recorded September 1-2, 2013 My accommodations in Minsk, Belarus. From: http://timvp.com. 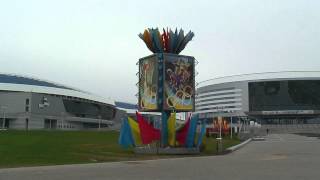 "Minsk Arena" the Versatile cultural and sports complex, a sports entertainment complex in the city of Minsk, Belarus. Consists of three objects: multipurpose sports and spectacular arena with... 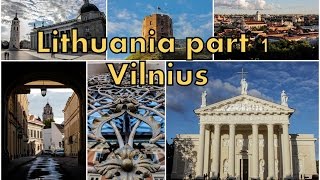 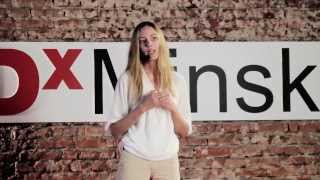 Ludmila is a professional Minsk and Belarus sightseeing guide. She speaks 6 languages and has got a certificate of "The guide of the year" issued by the Ministry of Sport and Tourism of Belarus.... 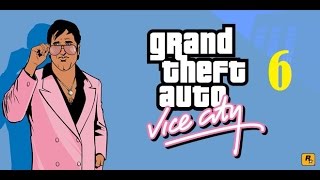 The Constitutional Court of Belarus is one of the top-tier courts in the Eastern European country. Created in 1994, the Court is run under guidelines that were issued in 1997. The purpose of the court is to render justice in areas where the constitution has come into question, such as a local law contradicting the constitution. There are 12 judges that sit on the bench, with all having degrees in legal studies, as required by Belarusian law.

Gorky Park (парк Горького, центральный детский парк им. Максима Горького, Maksim Gorky Central Children's Park) is a public park in Minsk, Belarus. In is located near the Victory Square and the Yanka Kupala Park. The park was established in 1800 under the name Governor's Garden. During the Soviet times it was renamed "парк культуры и отдыха им. Максима Горького" (Park of culture and recreation after A.M. Gorky) after the famous Russian/Soviet writer Maksim Gorky.

National academic theatre of Yanka Kupala (Belarusian: Нацыянальны акадэмічны тэатр імя Янкі Купалы, Minsk) is the oldest theatre of Belarus. It was opened on September 14, 1920, it is located in a building of the Minsk provincial theatre, constructed under the project of architects Karol Kozlowski and Konstantin Uvedensky in 1890 by means of donations of citizens. In 1944 has been renamed in honour of classic of the Belarusian literature, poet Yanka Kupala.

Belarusian National Arts Museum (Belarusian: Нацыянальны мастацкі музей Рэспублікі Беларусь) is a museum in Minsk, Belarus. It is the largest museum in the country. More than twenty seven thousand works of art – creating twenty miscellaneous collections and comprising two main representative ones: the one of national art and the other of monuments of art of the countries and nations of the world – can be found on exposition, at the branches of the Museum and its depositories.

Yanka Kupala Park is a park in Minsk, Belarus located along Svislach river. This park is named after Yanka Kupala, one of the classics of Belarusian literature of early 20th century.

Minsk Raion is a second-level administrative subdivision of Belarus in the Minsk Voblast. The administrative seat is the city of Minsk, administratively separated from the raion. The most populated town of the proper raion is Zaslawye.

Oktyabrskaya or Kastrychnitskaya is a Minsk Metro station. Opened on June 26, 1984. The station is one of three on the Minsk Metro to have been built with an entrance in an existing building, the other two being Kupalovskaya and Ploshchad Lenina.

Kupalovskaya is a Minsk Metro station. Opened on December 31, 1990. The station is one of three on the Minsk Metro to have been built with an entrance in an existing building, the other two being Oktyabrskaya and Ploshchad Lenina.

The 2011 Minsk Metro bombing occurred on 11 April 2011 when at least 15 people were killed and more than two hundred were injured in an explosion on the Minsk Metro, Belarus. The explosion happened at the central Oktyabrskaya station at 17:55 local time. Initially the cause of the explosion was unclear, but was found to have been a bomb containing nails and ball bearings.

Pervomaiskaya or Pervomayskaya is a Minsk Metro station. Opened in 1991.

These districts belong to Minsk.

These are some bigger and more relevant cities in the wider vivinity of Minsk.

These are the most popular locations in Belarus on Tripmondo.