Safety Score: 3,4 of 5.0 based on data from 9 authorites. Meaning please reconsider your need to travel to Bangladesh.

Bagerhat in Bagerhat District (Khulna Division) with it's 266,388 inhabitants is a city in Bangladesh about 83 mi (or 133 km) south-west of Dhaka, the country's capital.

Local time in Bagerhat is now 12:09 AM (Monday). The local timezone is named Asia / Dhaka with an UTC offset of 6 hours. We know of 8 airports in the vicinity of Bagerhat, of which one is a larger airport. The closest airport in Bangladesh is Barisal Airport in a distance of 34 mi (or 55 km), East. Besides the airports, there are other travel options available (check left side).

There are several Unesco world heritage sites nearby. The closest heritage site in Bangladesh is Historic Mosque City of Bagerhat in a distance of 1 mi (or 1 km), North-East.

Depending on your travel schedule, you might want to pay a visit to some of the following locations: Khulna, Barisal, Magura, Dhaka and Kolkata. To further explore this place, just scroll down and browse the available info. 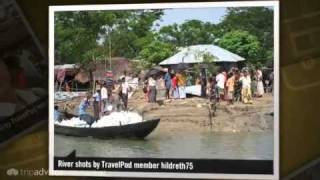 Preview of Hildreth75's blog at TravelPod. Read the full blog here: http://www.travelpod.com/travel-blog-entries/hildreth75/asia/1248701094/tpod.html This blog preview was made by TravelPod... 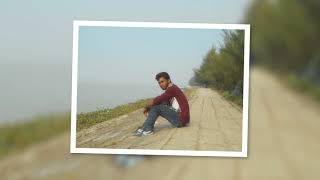 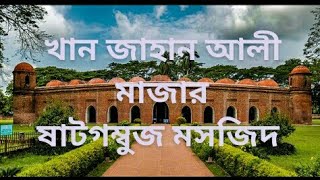 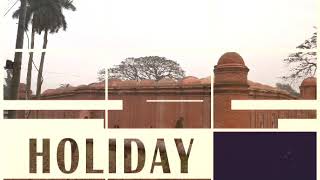 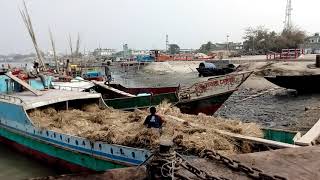 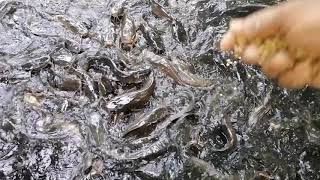 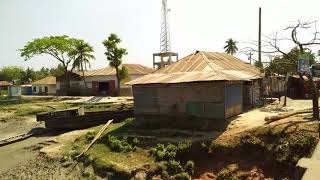 The Mosque City of Bagerhat is a formerly lost city, located in the suburbs of Bagerhat city in Bagerhat District, in the Khulna Division of southwest of Bangladesh. Bagerhat is about 15 miles south east of Khulna and 200 miles southwest of Dhaka. Originally known as Khalifatabad and nicknamed the "mint town of the Bengal Sultanate", the city was founded in the 15th century by the warrior saint Turkish general Ulugh Khan Jahan.

The Sixty Dome Mosque (Bengali: ষাট গম্বুজ মসজিদ Shaṭ Gombuj Moshjid) (more commonly known as Shait Gambuj Mosque or Saith Gunbad Masjid) is a mosque in Bangladesh, the largest in that country from the Sultanate period. It has been described as "the most impressive Muslim monuments in the whole of the Indian subcontinent.

Khan Jahan Ali's Tank is a lake-like tank in front of Khan Jahan Ali's tomb Complex in Bagerhat District, Bangladesh. The tank has several crocodiles in it. The species of those are marsh crocodile. People believe that if they appease the hunger of these crocodiles with chicken or goats, they would have the desire of their heart fulfilled. Whenever anybody makes such an offering, the caretaker of the tomb complex, or mazar, calls out the crocodiles, shouting 'Kalapahar, Dhalapahar, come!'.

Bagerhat Sadar is an Upazila of Bagerhat District in the Division of Khulna, Bangladesh. Bagerhat Sadar (Town) The municipality was established in 1958. It consists of 9 wards and 31 mahallas. http://www. banglapedia. org/httpdocs/HT/B_0033. HTM

Bagerhat High School is a government high school located in the heart of Bagerhat town in Bangladesh. It was established as Nurul Amin School in 1947 by getting help from the British Government. After dividing countries, in 1967, this school became a government high school. It is considered one of the best school with national standard teaching staff of the Jessore District in the Khulna Division.

The Nine Dome Mosque is a historic mosque in Bagerhat, Bangladesh. It was built in the fifteenth century by a Mughal general on orders from Babur himself and supervised later on by Humayun.

These are some bigger and more relevant cities in the wider vivinity of Bagerhat.