Raitis in Politischer Bezirk Innsbruck Land (Tirol) is a city in Austria about 242 mi (or 389 km) west of Vienna, the country's capital city.

Local time in Raitis is now 06:04 PM (Saturday). The local timezone is named Europe / Vienna with an UTC offset of 2 hours. We know of 12 airports in the vicinity of Raitis, of which 5 are larger airports. The closest airport in Austria is Innsbruck Airport in a distance of 4 mi (or 6 km), North-West. Besides the airports, there are other travel options available (check left side).

There are several Unesco world heritage sites nearby. The closest heritage site is Pilgrimage Church of Wies in Germany at a distance of 39 mi (or 63 km). The closest in Austria is Historic Centre of the City of Salzburg in a distance of 87 mi (or 63 km), North-West. We discovered 3 points of interest in the vicinity of this place. Looking for a place to stay? we compiled a list of available hotels close to the map centre further down the page.

When in this area, you might want to pay a visit to some of the following locations: Mutters, Natters, Patsch, Schoenberg im Stubaital and Innsbruck. To further explore this place, just scroll down and browse the available info. 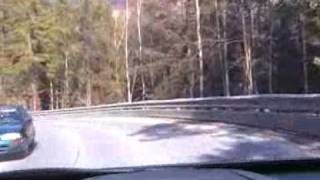 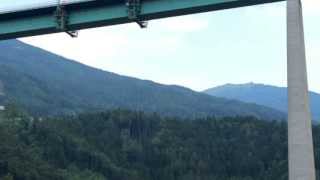 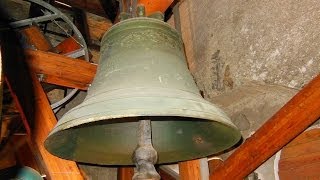 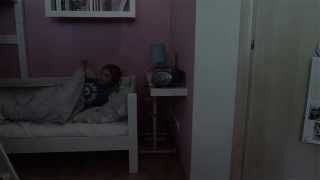 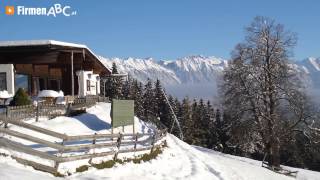 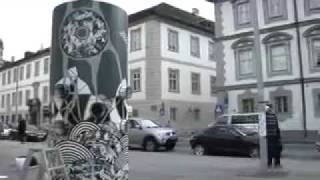 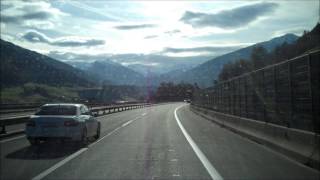 Joining the Austrian A13 : Over the Alps part five

SEE MY TRAVEL SITES : http://www.motorhomefulltime.com/ https://www.facebook.com/MotorhomeFullTime A journey over the Alps starting at Garmisch Partenkirchen in Germany and ending near ... 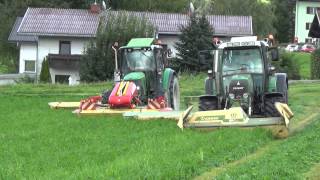 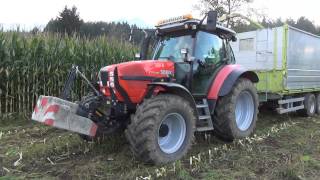 The Bergisel is a hill (746 m) that lies to the south of Innsbruck, Austria, in the area of Wilten, where the Sill river meets the Inn Valley. The word's first syllable Berg- doesn't correspond etymologically to the German word Berg with the meaning mountain. The Bergisel's contemporary name is derived from the pre-Roman word burgusinus (elevated position), which then altered through folk etymology, causing the occasional spelling Berg Isel or its English equivalent Mount Isel.

The Ruetz River flows from the glacier area of the valley to the Wipptal in north-east direction. Near the famous "Europe bridge" it merges with the Sill River after a route length of appr. 25 km. The river crosses straight the village of Fulpmes providing a nearby power station of the Austrian Railway Services with electricity. As a typical rapid-river the Ruetz is pretty dangerous and full of rapids. Before several defence structures had been constructed, it was quite feared due to floods.

The Lake Lans or Lanser See is a lake for bathing near Lans located on the southern highlands above Innsbruck. The lake can be reached by Streetcar Line 6 from Innsbruck easily. The Lake is very popular due to its green environment, and it is used for ice-skating during the winter. The Lake belongs to the city area of Innsbruck. Thanks to its fen water the Lanser See has an excellent water quality; in Summer it is affected due to the many guests though.

Bergiselschanze is a ski jumping hill located in Bergisel in Innsbruck, Austria. It is one of the more important venues in the FIS Ski Jumping World Cup, annually hosting the third competition of the prestigious Four Hills Tournament. Its first competitions were held in the 1920s using simple wood constructions. The larger hill was first built in 1930 and was rebuilt before the 1964 Winter Olympics for the individual large hill event. Twelve years later, the venue hosted the same event.

|} The Stubai Valley Railway is an 18.2 km long narrow gauge interurban tram from Innsbruck to Fulpmes in Tyrol, Austria. In the city of Innsbruck, it uses the local tramway tracks. At the Stubaital station, the branch line-rated part begins. The meter gauge track starts at Innsbruck's Main station, crosses the Wilten district, and passes the villages of Natters, Mutters, Kreith, and Telfes.

The Tyrolean Museum Railways or Tiroler MuseumsBahnen (TMB) is a railway society in Austria whose aim is the preservation and/or documentation of the historically important branch lines and their rolling stock in the state of Tyrol.

Stubaital station was built in 1903 and, until 1983, was the terminus of the Stubai Valley Railway in Innsbruck. Since 1983 trains approaching from Fulpmes have been routed through the city of Innsbruck. Originally the station, which is located on the Brenner Road at the foot of the Bergisel, had a nameboard announcing the station name as Wilten-Stubai because the village of Wilten was independent until 1904.

These are some bigger and more relevant cities in the wider vivinity of Raitis.