Pungo Andongo in Malanje Province is a city in Angola about 171 mi (or 275 km) east of Luanda, the country's capital city.

Local time in Pungo Andongo is now 02:42 AM (Tuesday). The local timezone is named Africa / Luanda with an UTC offset of one hour. We know of 8 airports in the vicinity of Pungo Andongo. The closest airport in Angola is Capanda Airport in a distance of 11 mi (or 18 km), South-West. Besides the airports, there are other travel options available (check left side).

When in this area, you might want to pay a visit to some of the following locations: Malanje, N'dalatando, Uige, Caxito and Sumbe. To further explore this place, just scroll down and browse the available info. 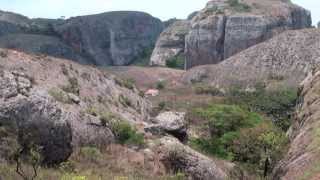 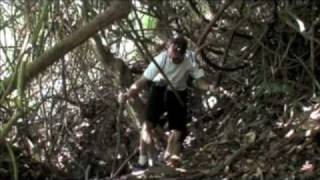 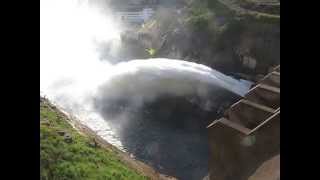 The Black Rocks at Pungo Andongo (Pedras Negras de Pungo Andongo) are found some 116 km from the provincial capital of Malanje in Angola. They are a series of mysterious rock formations, many incredibly and spectacular shaped in the form of animals, standing high above the flat African Savanna. There is a fort erected by the Portuguese in 1671.

These are some bigger and more relevant cities in the wider vivinity of Pungo Andongo.

This place is known by different names. Here the ones we know:
Pedras Negras, Pungo Adongo, Pungu Andongo, Pungo Andongo