Maia in Manu'a District is a city in American Samoa about 85 mi (or 137 km) east of Pago Pago, the country's capital.

Local time in Maia is now 08:59 AM (Wednesday). The local timezone is named Pacific / Pago Pago with an UTC offset of -11 hours. We know of 6 airports in the vicinity of Maia. The closest airport in American Samoa is Fitiuta Airport in a distance of 0 mi (or 0 km), North-East. Besides the airports, there are other travel options available (check left side).

Depending on your travel schedule, you might want to pay a visit to some of the following locations: Faleasao, Ta`u, Ofu, Pago Pago and Samamea. To further explore this place, just scroll down and browse the available info. 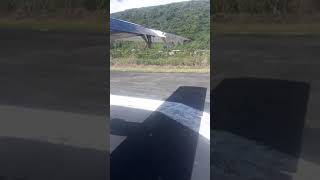 Ta‘ū is the largest island in the Manu‘a Group and the easternmost volcanic island of the Samoan Islands. Ta‘ū is part of American Samoa. In the early 19th century, the island was sometimes called Opoun. The island is the eroded remnant of a "hotspot" shield volcano with a caldera complex or collapse feature (Liu Bench) on the south face. The summit of the island, called Lata Mountain, is at an elevation of 931 metres, making it the highest point in American Samoa.

Fitiuta, also known as Fiti‘uta, is a town on the northeast coast of Ta‘ū island, one of the Manu‘a Islands in American Samoa. According to the US Census of 2000, Fitiuta had a population of 358, down from 454 in 1990. The town has two shops, a hotel and a church, which was recently built. The only airport on the island of Ta‘ū resides in Fitiuta.

These are some bigger and more relevant cities in the wider vivinity of Maia.