Fagatele in Eastern District is a city in American Samoa a little south-west of Pago Pago, the country's capital city.

Local time in Fagatele is now 06:30 PM (Thursday). The local timezone is named Pacific / Pago Pago with an UTC offset of -11 hours. We know of 8 airports in the vicinity of Fagatele. The closest airport in American Samoa is Pago Pago International Airport in a distance of 3 mi (or 4 km), South. Besides the airports, there are other travel options available (check left side).

When in this area, you might want to pay a visit to some of the following locations: Pago Pago, Samamea, Lufilufi, Ofu and Apia. To further explore this place, just scroll down and browse the available info. 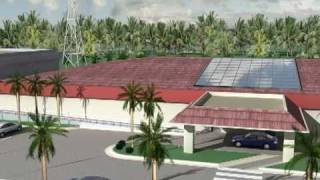 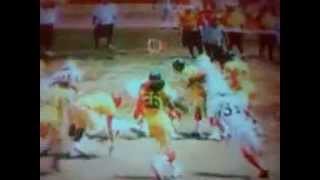 Pago Pago is the capital of American Samoa. In 2000, its population was 11,500. The city is served by Pago Pago International Airport. Tourism, entertainment, food, and tuna canning are its primary industries.

American Samoa Community College is a two-year WASC college located in the village of Mapusaga, on the island of Tutuila in American Samoa, an unorganized, unincorporated territory of the United States of America. Pago Pago, the capital of the territory and its center of commerce, is roughly nine miles to the east of the school. Only legal residents of American Samoa who have graduated from high school or obtained a General Equivalency Diploma are admitted to ASCC.

The American Samoa Senate is the upper house of the American Samoa Fono. The Senate, like the lower House of Representatives, is a nonpartisan body. It is composed of 18 senators, serving a four-year term.

These are some bigger and more relevant cities in the wider vivinity of Fagatele.

This place is known by different names. Here the ones we know:
Fangatele