Gjeçaj-Fushë in Qarku i Tiranës is a city located in Albania a little north-west of Tirana, the country's capital town.

Current time in Gjeçaj-Fushë is now 01:35 AM (Thursday). The local timezone is named Europe / Tirane with an UTC offset of 2 hours. We know of 9 airports closer to Gjeçaj-Fushë, of which 3 are larger airports. The closest airport in Albania is Tirana International Airport Mother Teresa in a distance of 1 mi (or 2 km), North-East. Besides the airports, there are other travel options available (check left side).

There are several Unesco world heritage sites nearby. The closest heritage site is Natural and Cultural Heritage of the Ohrid region in Macedonia at a distance of 61 mi (or 99 km). The closest in Albania is Historic Centres of Berat and Gjirokastra in a distance of 95 mi (or 99 km), East. In need of a room? We compiled a list of available hotels close to the map centre further down the page.

Since you are here already, you might want to pay a visit to some of the following locations: Berxull, Preze, Vore, Kashar and Nikel. To further explore this place, just scroll down and browse the available info. 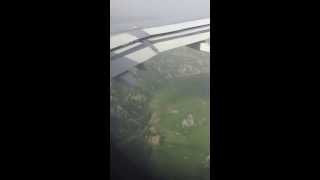 Beauty view of the mountains around Tirana. Albania. 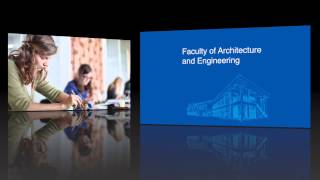 AN INTERNATIONAL UNIVERSITY IN THE BALKAN REGION 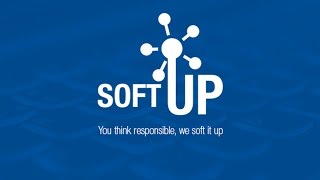 The Computer Engineering Department of Epoka University organizes the first event in Albania that supports the software development aimed to strengthen the social responsibility among students... 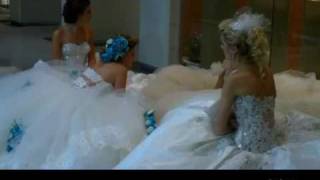 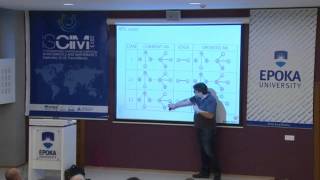 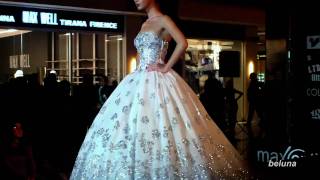 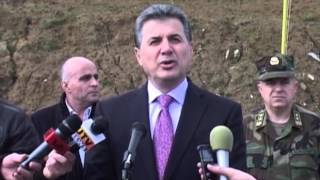 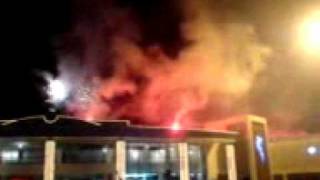 A premature New Year spectacle of fireworks on the second opening day of probably the largest commercial center in the Balkan peninsula: "Citypark" near Tirana, Albania. Nje spektakel piroteknik... 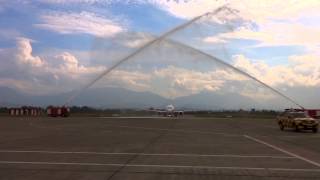 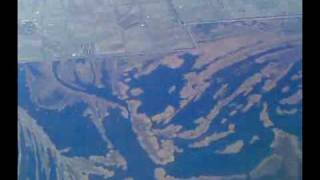 Lanë is the main stream that crosses through Tirana, the capital of Albania. Its source is in the mountains east of Tirana. Although once clean, it now carries sewage. Before there were many buildings around and on the banks of the river, but they were torn down and removed in a campaign by Tirana's mayor Edi Rama. Now most of its banks have been planted with different kinds of trees and grass. No fish live there now due to the high pollution of its waters.

Prezë Castle is a castle in Prezë, western Albania. It was built by the Parthini tribe. Preza Castle overlooks the village with the same name and is located on a hilltop. It is a small castle the construction of which started in the 14th century and was completed in the early 15th century and belonged to the Topias, a local feudal family. The castle has been declared a 'monument of culture'. It has four towers, one in each corner. The clock tower was erected around 1800-1850.

Citypark Albania is a shopping mall in Albania. located along the Durrës – Tirana highway.

Epoka University (EU) is a private for-profit university founded in 2007 in Tirana, Albania. It received accreditation by the Albanian Agency for Accreditation of Higher Education in 2011. The university identifies itself as secular; independent sources assert that it is part of the Gülen movement, which has been active in Albania since 1992 and owns/operates a number of schools (including Epoka) through the Turgut Özal Education Company.

Ahmetaq is a village in the municipality of Prezë in Tirana District, Tirana County, Albania.

Palaq is a village in the municipality of Prezë in Tirana District, Tirana County, Albania.

Fushë-Prezë is a village in the municipality of Prezë in Tirana District, Tirana County, Albania.

These are some bigger and more relevant cities in the wider vivinity of Gjeçaj-Fushë.

This place is known by different names. Here the ones we know:
Gjocej Fushë, Gjeçaj-Fush, Gjeçaj-Fushë