Local time in Balkh is now 01:47 PM (Tuesday). The local timezone is named Asia / Kabul with an UTC offset of 4.5 hours. We know of 8 airports in the wider vicinity of Balkh. The closest airport in Afghanistan is Mazar I Sharif Airport in a distance of 18 mi (or 28 km), East. Besides the airports, there are other travel options available (check left side).

Depending on your travel schedule, you might want to pay a visit to some of the following locations: Chimtal, Dehdadi, Mazar-e Sharif, Dowlatabad and Faizabad. To further explore this place, just scroll down and browse the available info. 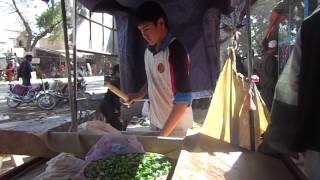 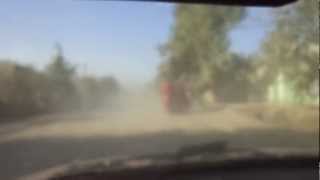 Balkh was an ancient city and centre of Zoroastrianism in what is northern Afghanistan. Today it is a small town in the province of Balkh, about 20 kilometers northwest of the provincial capital, Mazar-e Sharif, and some 74 km south of the Amu Darya. It was one of the major cities of Khorasan. Marco Polo described Balkh as a "noble and great city". The ancient city of Balkh was under the Greeks renamed Bactra, giving its name to Bactria.

Haji Piyada Mosque ḤĀJI PIĀDA or Noh Gonbad Mosque, a Samanid-style building in Balkh province of northern Afghanistan. Built in the ninth century, it is thought to be the earliest Islamic building in the country. It measures 20 by 20 meters. The outside walls are of mud-brick construction. The interior is divided into nine bays, each originally covered by a dome.

Charbolak (or Chahar Bolak or Char Bolak) district is located in the western part of Balkh Province. Its capital is the village of Charbolak, 40 km northwest of Mazari Sharif. The majority of the population is Pashtun. The previous name of this district was Adina Masjid (آدینه‌ مسجد), which was changed to Char Bolak during the Pashtunisation policy of Mohammad Gul Khan Momand.

Eucratideia was an ancient town in Bactria mentioned by a few ancient writers. It was most likely a foundation of Eucratides I who is the more important ruler of the Greco-Bactrian Kingdom with the name Eucratides. Not much is known about this city and it might be just a renaming of an already existing town rather than a new foundation. Renaming of cities was a common practise in the ancient world.

These are some bigger and more relevant cities in the wider vivinity of Balkh.